Culture, Food and Traditions in Thailand 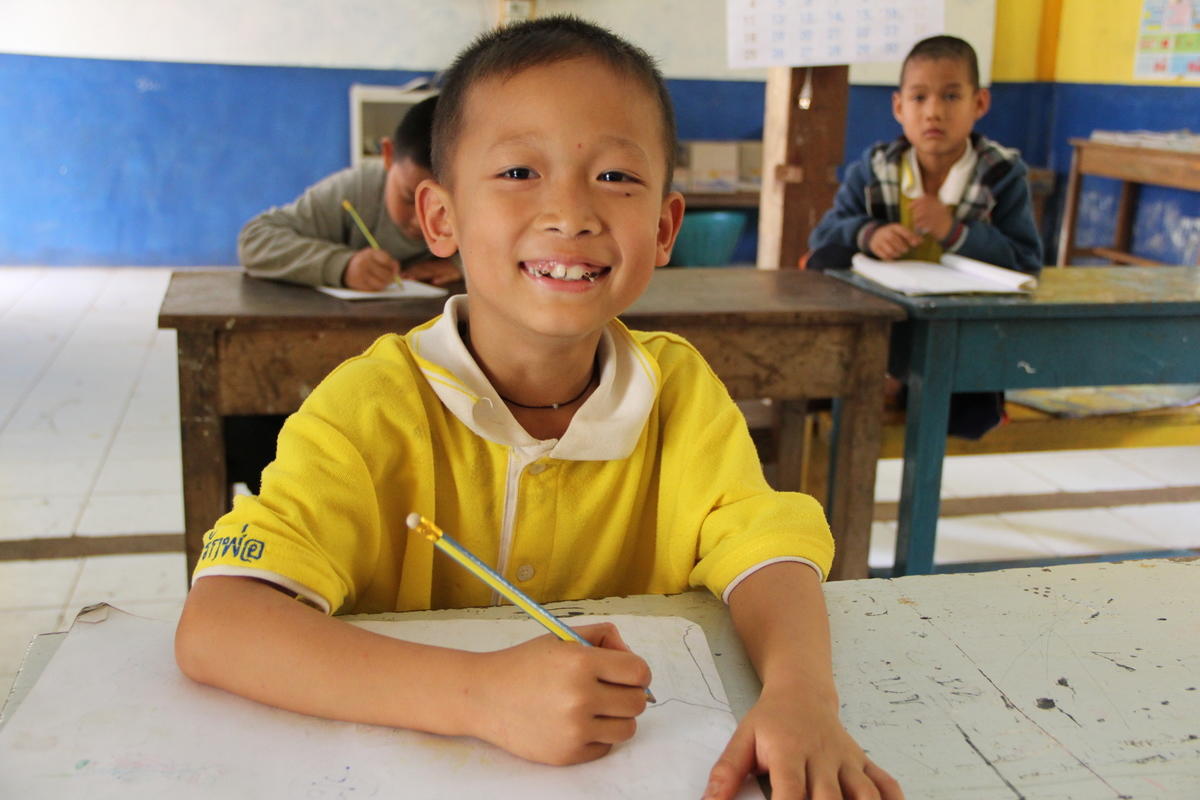 Thailand is one of the most visited countries in Southeast Asia due to its well-protected nature and convenient location right in the centre of Asia. The country has a population of 69 million, but the growth rate has been decreasing over the past few years due to the government’s family planning schemes. The overall population has been separated into three main groups - Ethnic Thai (75%), Thai Chinese (14%) and Ethnic Malay (3%). 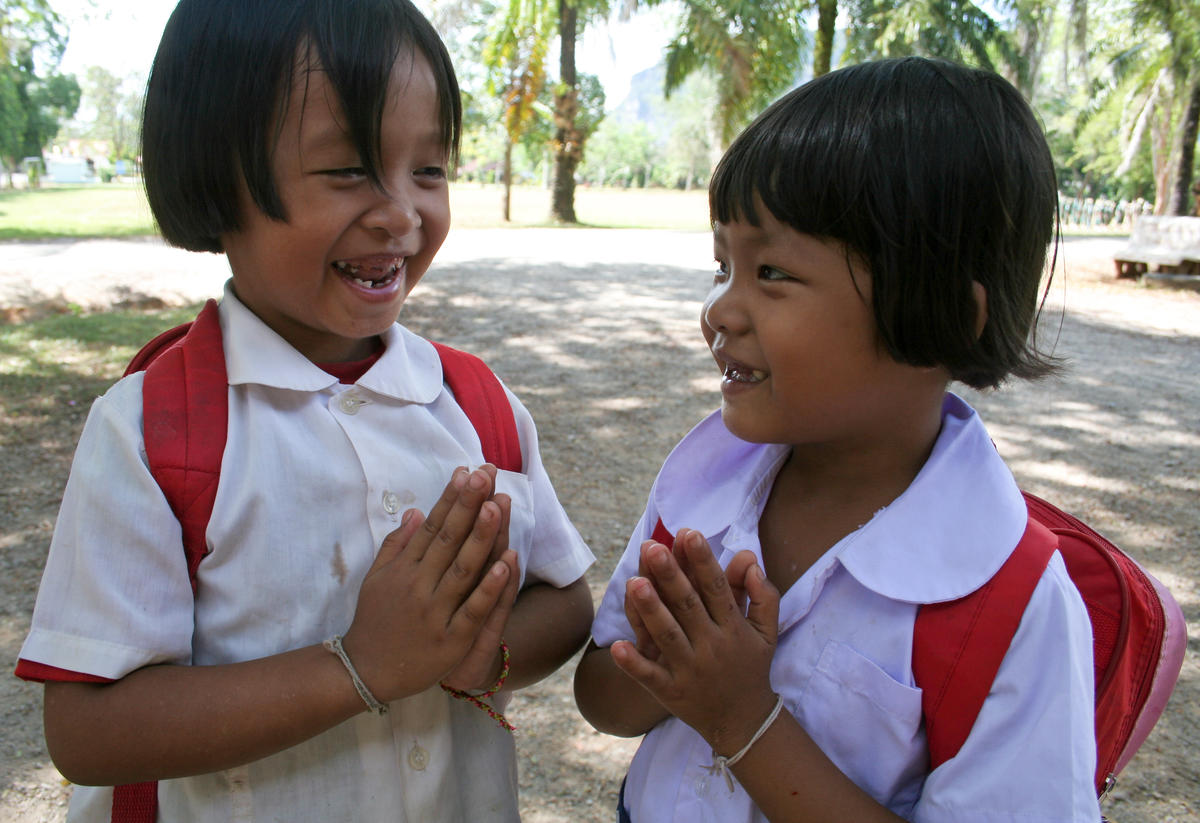 Children in Thailand making the gesture of greeting

In Thailand, verbal greetings depend on gender - women say ‘kha’ and men say ‘khap’ at the end of greetings as a form of showing respect. The greeting is also accompanied with “wai”, a gesture that includes a slight bow, with arms, pressed together as done while praying. This greeting is mostly performed when they say “khop khun” (thank you) or Sawasdee (hello). 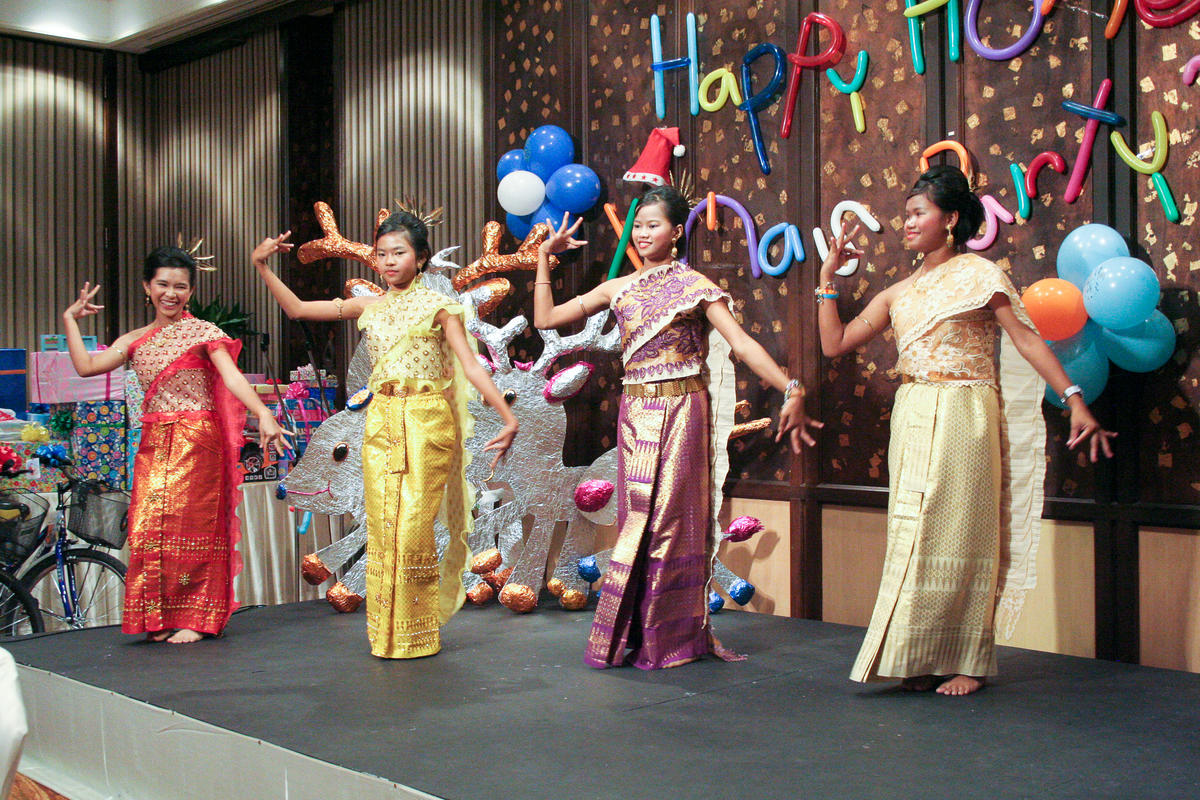 There are many different types of traditional costumes in Thailand, worn for different occasions. However, the main costume is the “Chut Thai”. For women, it consists of the “Phan Nung” (wrapped skirt), “Sin” (tube skirt) and the Sabai (long silk to cover the upper body). As for men, they wear the “Phraraychathan” (traditional button-up shirt) with baggy trousers or “Pakama” (a large piece of fabric wrapped around the waist).

There are various celebrations carried out by the Thai locals every year, but the most eye-catching ones are the Songkran festival (water festival) and Yi Peng (lantern festival). The Songkran festival marks the beginning of the traditional Thai New Year and water is an important element of Songkran. 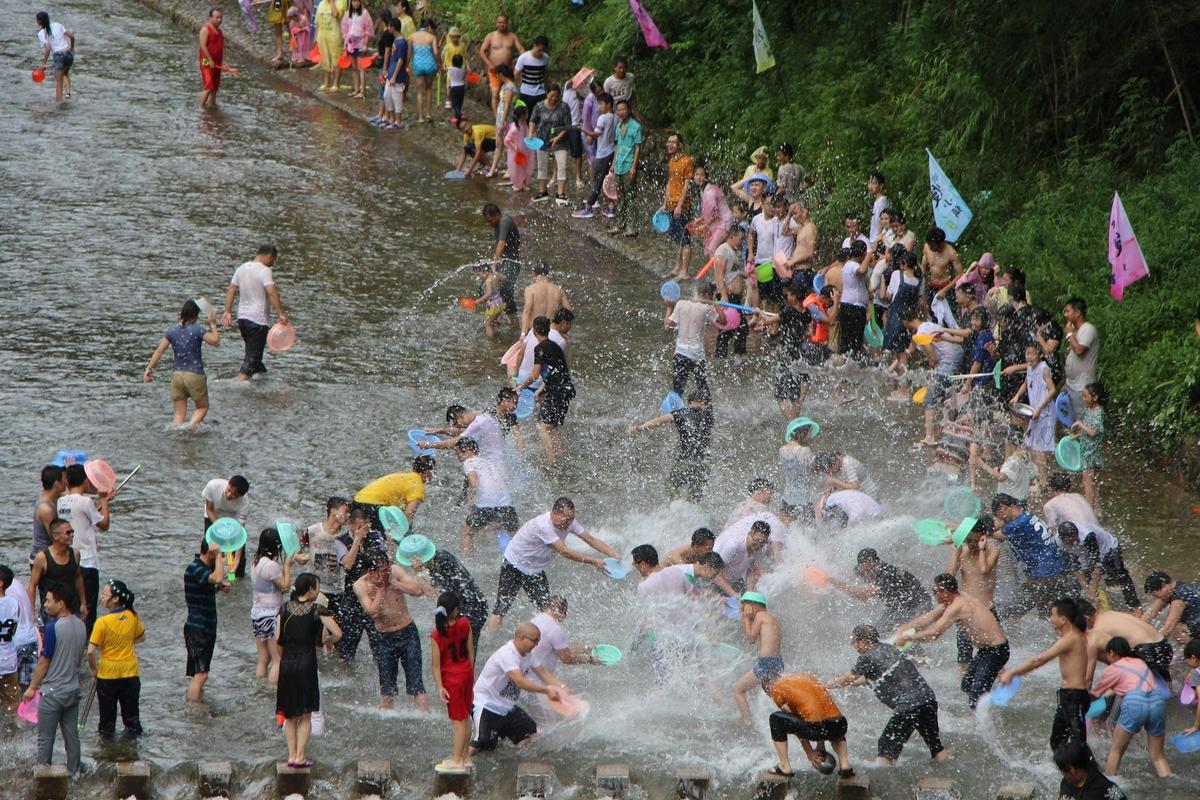 Behind the fun, the water symbolises renewal and the washing away of sins and bad luck from the previous year. As for the Yi Peng festival, it is usually celebrated in Chiang Mai and people release floating lanterns into the sky as a symbol of letting go of all ills and misfortunes in the previous year. 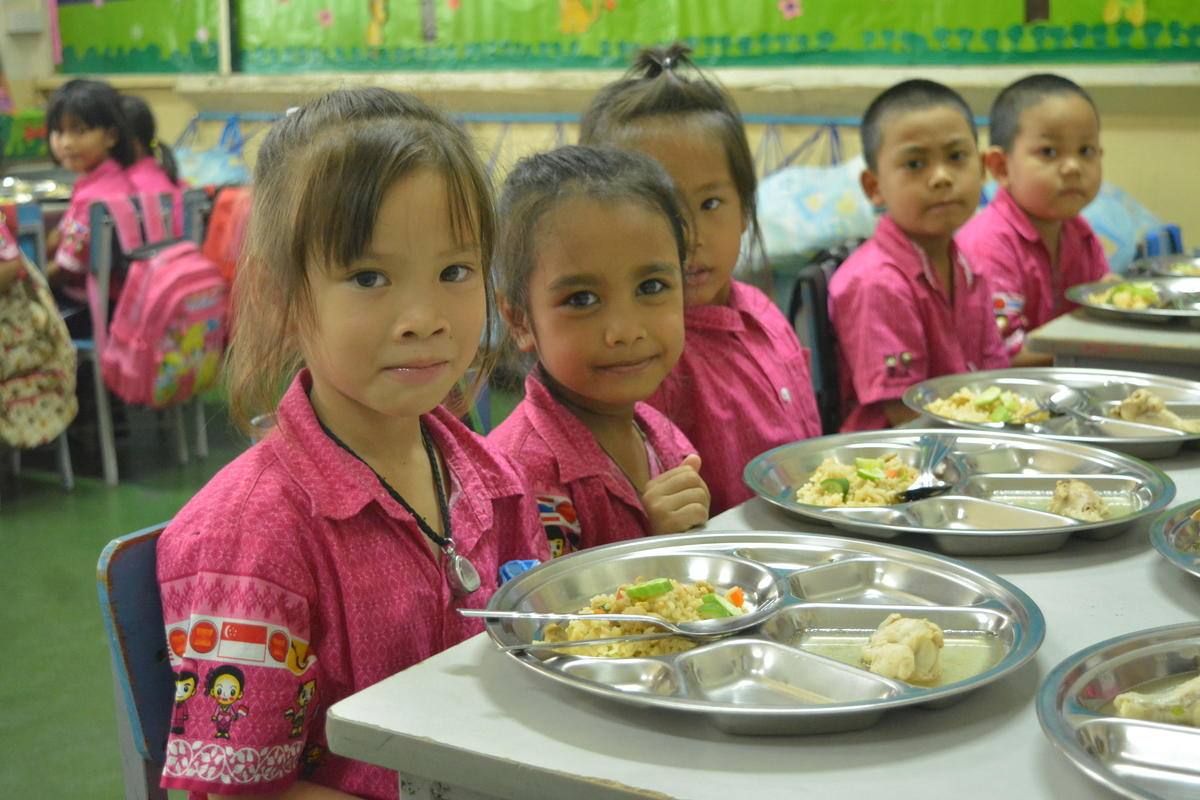 Children in Thailand with a meal of khao pat (fried rice) and khai do (fried egg).

Thai cuisine is both familiar and a favourite. However, apart from the ones known to us, there are some Thai dishes that are usually eaten during special occasions like weddings and events. These dishes are usually eaten during Thai weddings - Kahnom Kareaw (sweet woven bread) symbolizes a blessing that the bride and groom will be joined together forever, and the Thong Yod, also known as “Golden Tear Drop”, symbolizing the sweetness in love between the couple while the colour represents good fortune in their marriage.