Home › Culture, Food and Traditions in the Philippines

Culture, Food and Traditions in the Philippines 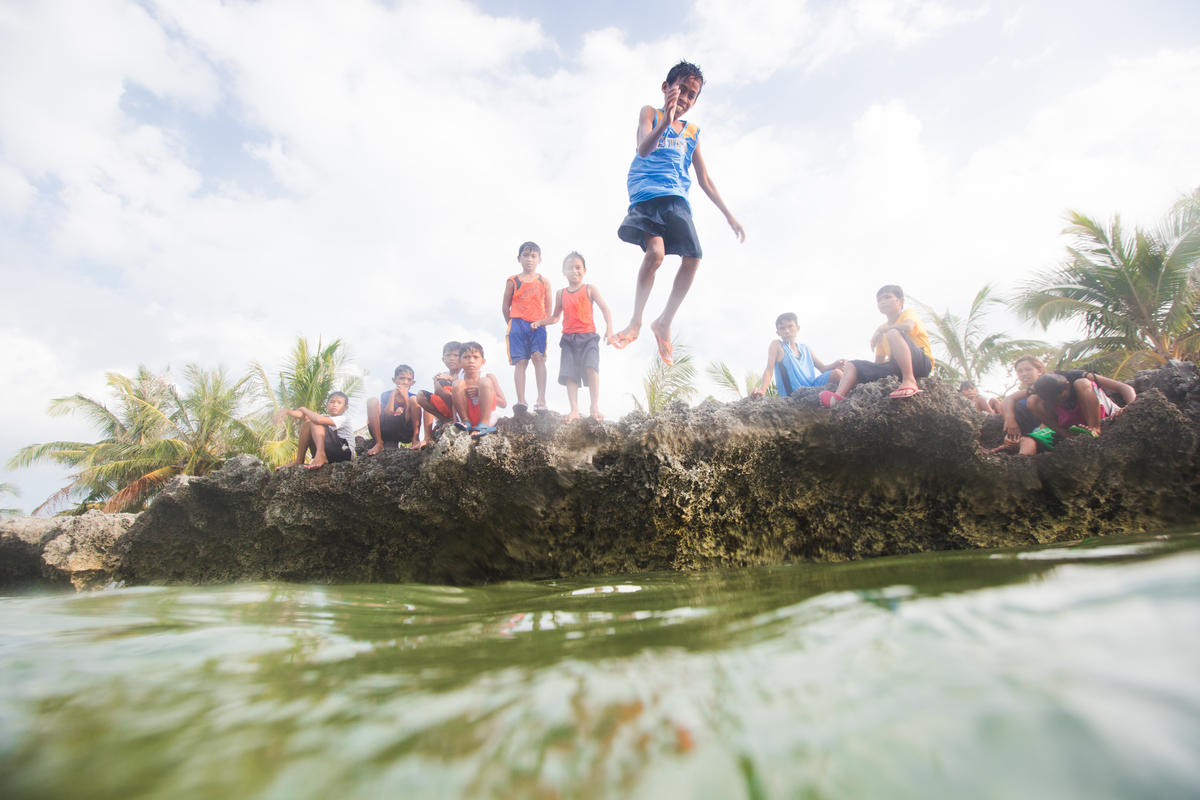 The Philippines is also one of the most populated countries - adding up to 109 million. The Philippines is an archipelago made up of over 7000 islands, which are broken up into three categories - north, central and south. With more than 7,614 islands that make up the country, the Philippines is a haven for beach lovers and foodies alike. While this country is becoming a must-visit tourist destination, there are also far-flung areas that need World Vision’s help. Infant mortality rates are improving with 21.4 deaths per 1,000 live births in 2018 from the 30.4 deaths per 1,000 live births in 2012. 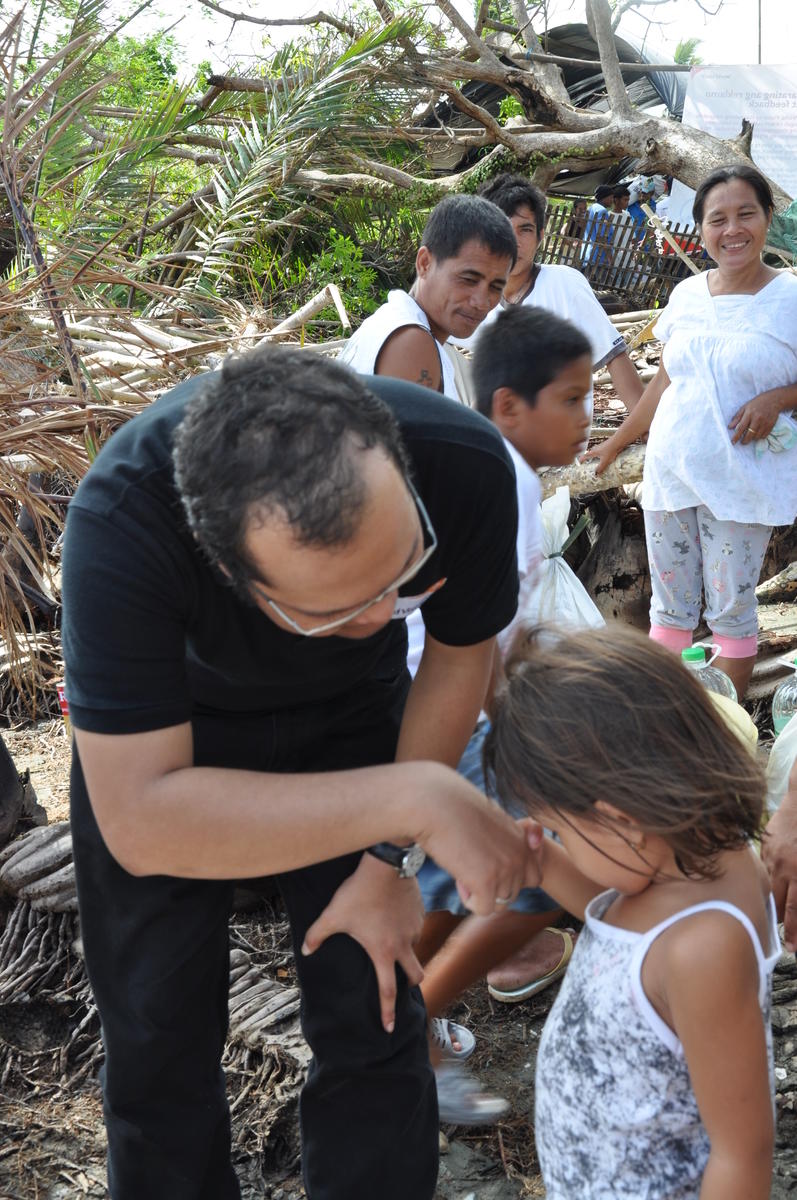 Mano is a gesture of respect where a child reaches for the hand of someone older than him and places it over their forehead.

Greetings in the Philippines depend on the age and closeness of the involved parties. When greeting strangers, a soft handshake or a wave accompanied with a smile is common. “Mano” is used to greet the elders as a sign of respect and a way of accepting a blessing from the elder - the person receiving the mano will bow towards the elder one, and press their forehead on the hand. Respect towards elders is also shown by greeting them first with a “Kumusta po” which is also a formal way of saying hello while “musta” can be used when greeting friends. 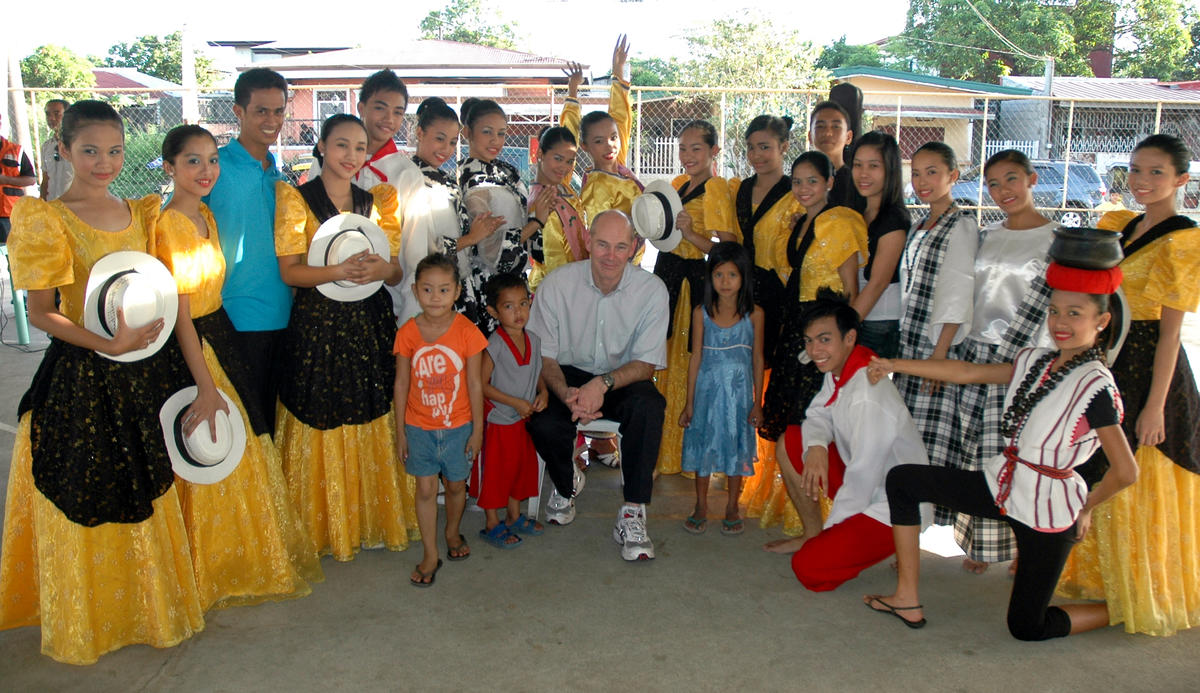 Local girls in the traditional outfit

Filipino men wear the Barong Tagalog, which is ornamented with traditional patterns and usually made from natural fabric. For the women, Baro’t Saya is the most common traditional costume, consisting of a blouse and skirt with many variations. 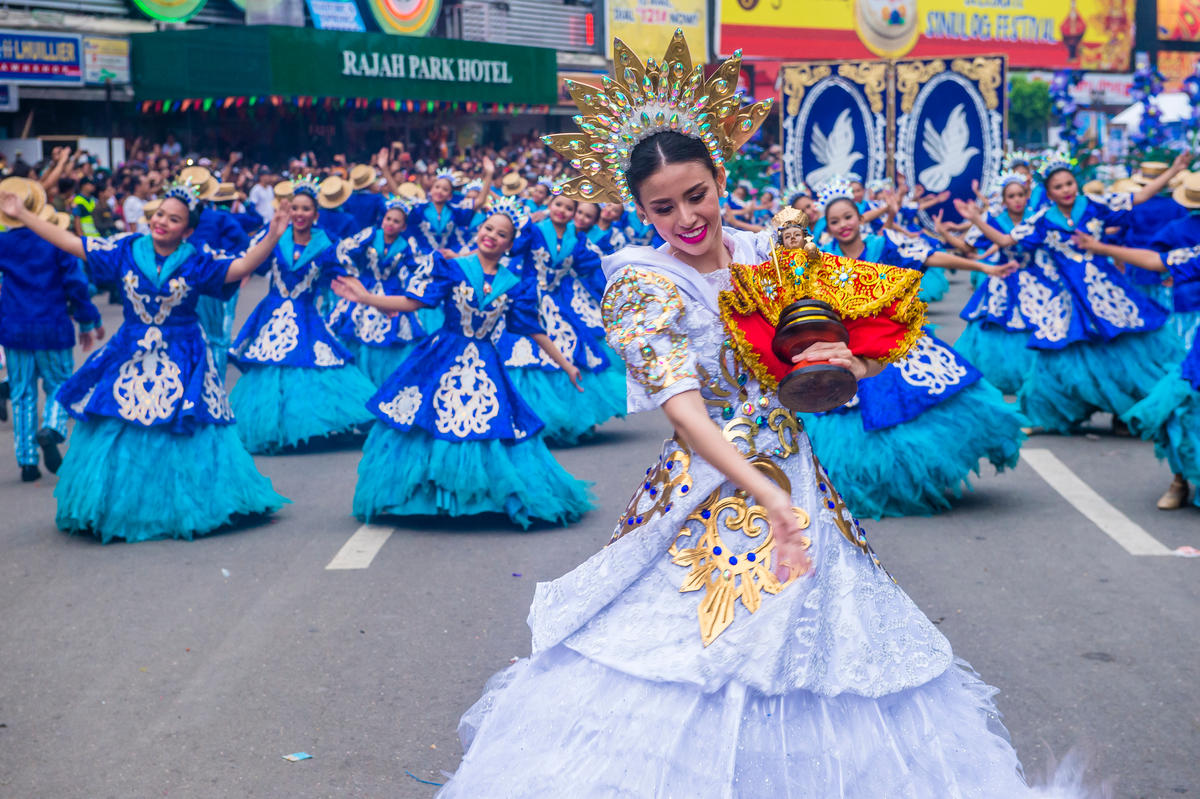 Dancers during the Sinulog festival

The Sinulog Festival is held as the centre of the Santo Niño Catholic celebrations. Aside from the religious aspect of the festival, Sinulog is also famous for its street parties, which usually happen the night before and the night of the main festival. The festival began in 1980, and includes the Sinulog dance, which is basically two steps forward and one step back, in time with the beating of drums. 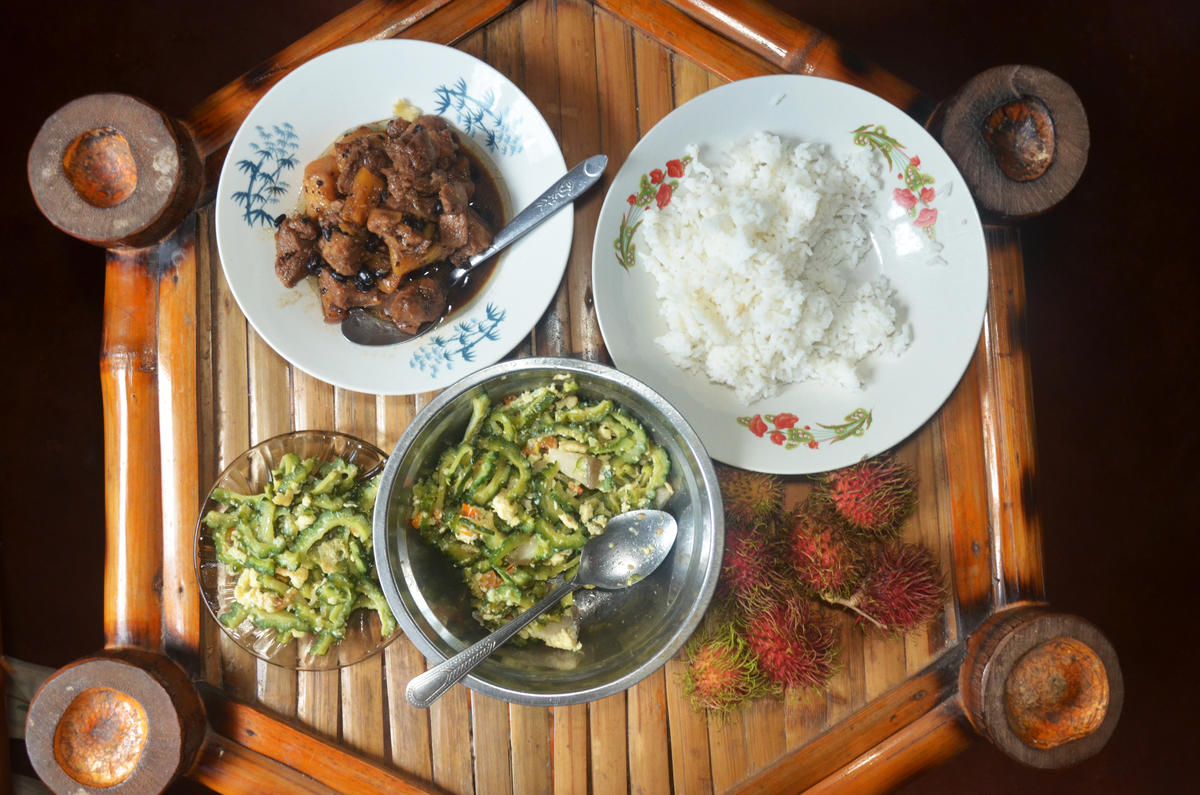 There are many interesting dishes to be found in the Philippines, including Lechon, Pancit, Sinigang, and Adobo, among others. The most popular and common dish among the named might just be the Lechon and Adobo. Lechon is a whole pig slowly roasted to achieve crispy skin and juicy meat while the Adobo is a meat dish with soy sauce and vinegar and is said to be the country’s unofficial national dish.

Together we’ve impacted the lives of over 200 million vulnerable children by tackling the root causes of poverty.