Culture, Food and Traditions in Ethiopia 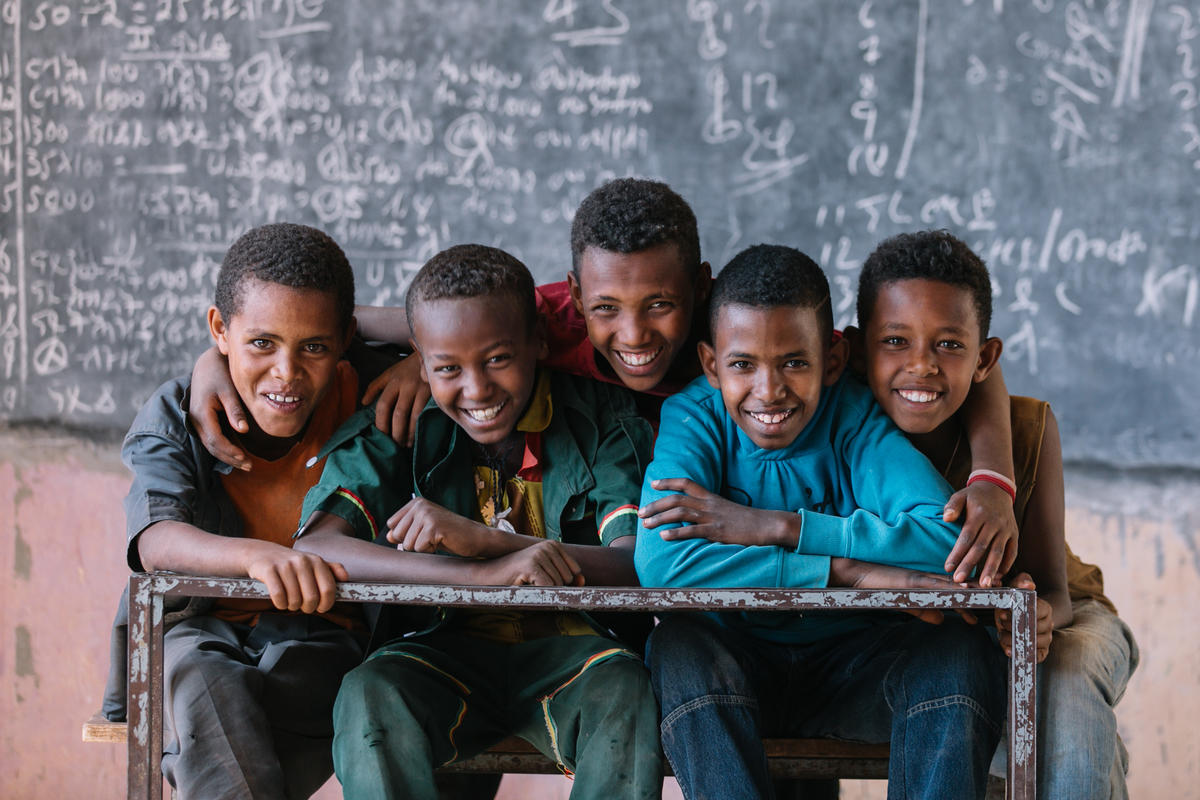 Surprisingly, Ethiopia ranks 12th in population size, with 115 million people. It is expected to surpass 200 million in 30 years. Ethiopia is considered to be one of the most underdeveloped nations in the world, but it is filled with a rich culture and heritage. However, the country’s economy is growing quickly; it expanded by 7.7% in 2017, and for several years in the past decade, the growth has been above 10% per year. However, the country’s infant mortality rate is 49.6 deaths per thousand live births — making it the 31st highest in the world currently. While the infant mortality rate is falling, access to healthcare remains poor.

Greetings are considered to be of high importance in Ethiopia. People are expected to acknowledge each other, even if they do not share the same language. It is also respectful to greet the eldest person first and when shaking hands, to use either only the right hand or both hands.

Close friends, on the other hand, would often greet each other with a kiss on the cheek three times, but if it has been a long time since they have met, they may kiss four or five times. 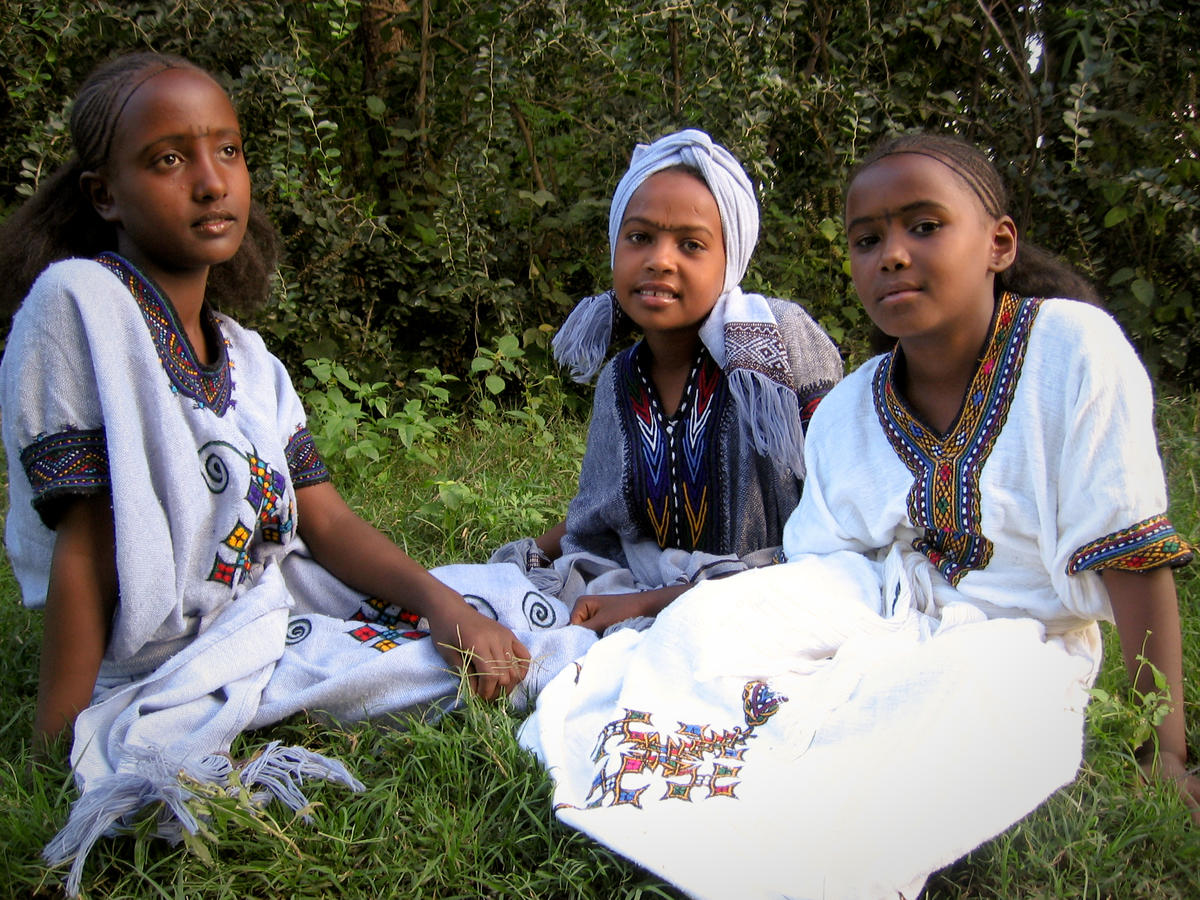 Ethiopian children in a variation of the Habesha Kemis

Considering the various tribes and ethnic groups present in the country, traditional costumes can vary accordingly. However, a similarity between most of these traditional wear is that it is made from woven cotton. Women tend to wear ankle-length dresses with embroidered patterns, known as the Habesha Kemis, the national costume of the country. While men are usually seen in cotton pants and a collared, knee-length white shirt.

Ethiopians follow the Julian calendar which consists of 12 months with 30 days and the 13th month of 5 days. Following this calendar, Ethiopians celebrate New Year on 11th  or 12th September where locals are said to burn dry wood in front of their houses as they sing and dance. Once the fire dies down, another tradition that locals follow includes jumping into the ash to mark the shift of going into the New Year. 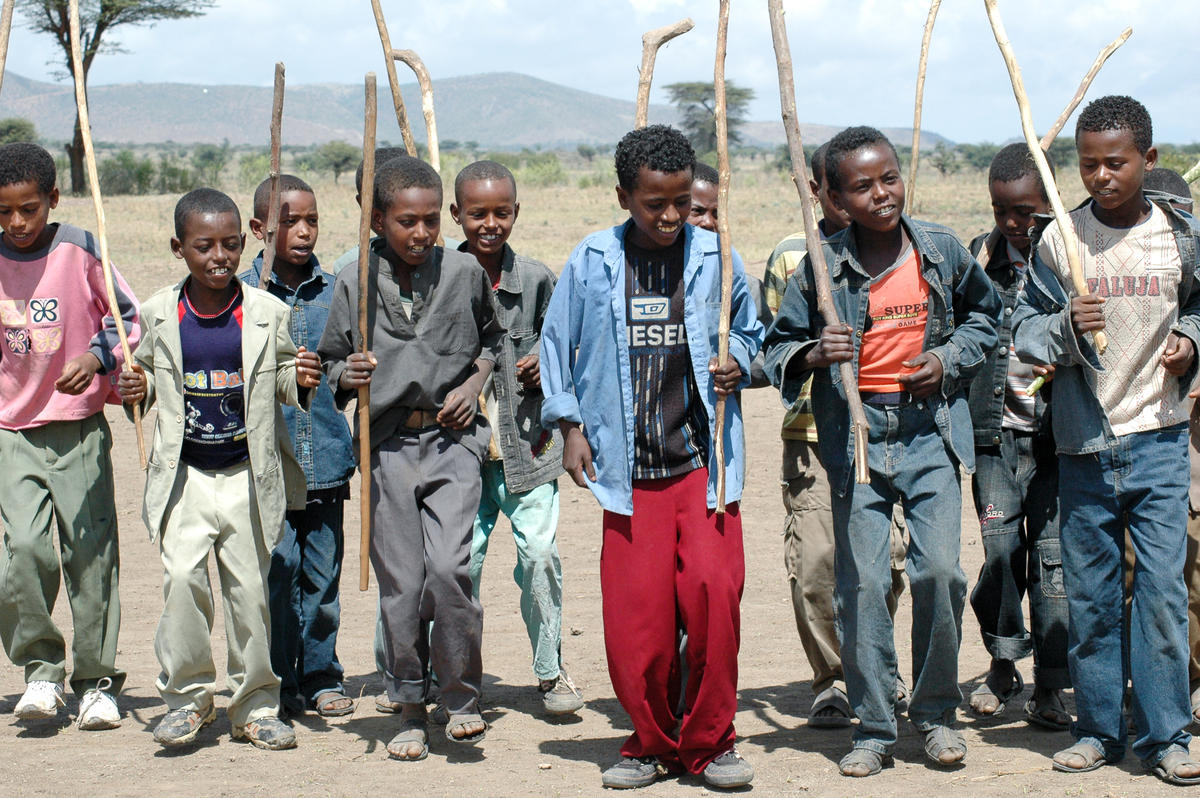 Apart from their New Year celebration, Ethiopians are also known to hold several other religious festivals, most of which are linked to Christianity like Meskel and Christmas. Christmas, also known as Genna is celebrated on 7th January instead of 25th December, unlike the majority. The children also play the traditional sport of the day, called “Kile”, which is similar to hockey, but unlike hockey, the ball has to be dug for before the game begins.

On the other hand, Meskel also known as the Finding of the True Cross, is one of the biggest religious festivals in the country and has been registered in the UNESCO Representative List of Intangible Cultural Heritage of Humanity. 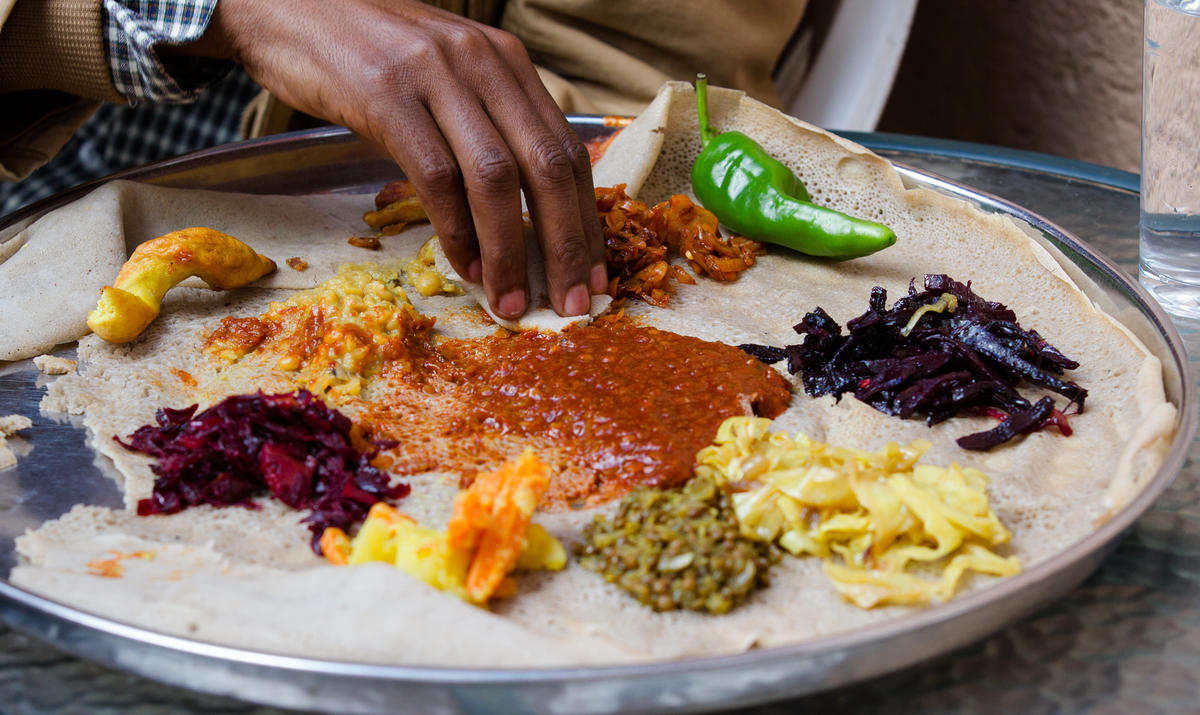 A communal plate of Injera and other dishes

In Ethiopia food is usually offered in a communal plate and you are expected to eat from the area of the plate that is directly in front of you. Ethiopians use their right hands when they eat—whether they are at home or in a restaurant.

Local food also consists of an interesting range of dishes, mostly consisting of vegetables and rich stews. However, a popular item of food in the country is Injera or a sour-dough flatbread. While it is not known to be a dish by itself, it is said to be a “vehicle for the other local dishes”. As Ethiopians tend to eat with their hands, Injera is used in place of utensils, dipping into and/or scooping up the other dishes accompanying it. 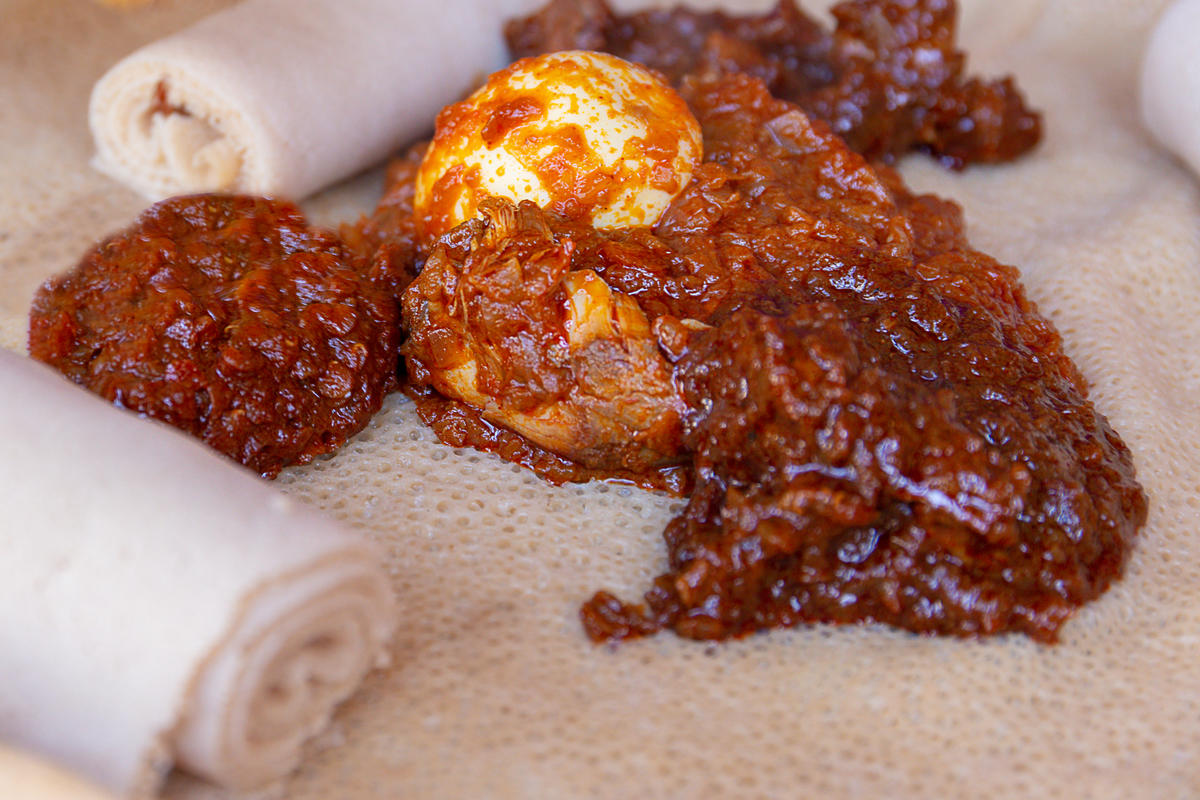 Because of the support of our donors every 60 seconds a family receives the tools to overcome poverty.