Culture, Food and Traditions in Mongolia 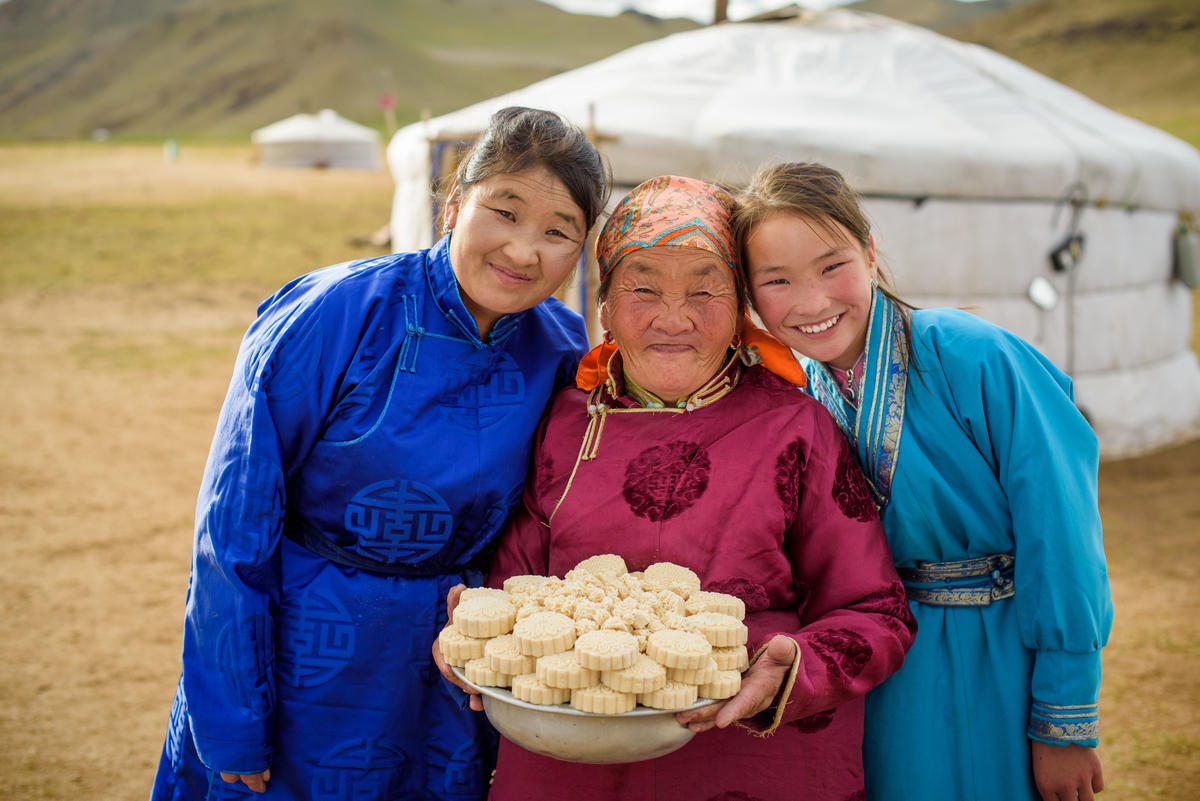 Mongolia is located in East Asia and shares its borders with China and Russia - 2 of the largest countries in the world. Surprisingly, the population in Mongolia only totals up to 3 million, due to the mountainous and inhabitable terrains. The infant mortality rate in Mongolia is 21.1 deaths per 1,000 live births, ranking the country 79th highest in the world in 2019. However, the country has been prioritising the improvement of maternal care, now offering a high coverage of antenatal care (87.7%) and delivery by skilled birth attendants (99.8%).

Mongolians greet each other by Zolgokh -  a gesture where two people hold their arms out, and the younger person’s arms are placed under the elder’s, grasping their elbows to show support for the elder and then touch each other’s cheeks. For a more formal greeting, locals may use the phrase “Sain baina uu” which also means hello. However, when addressing someone older, adding “ta” to the end of the phrase is recommended as a sign of respect. 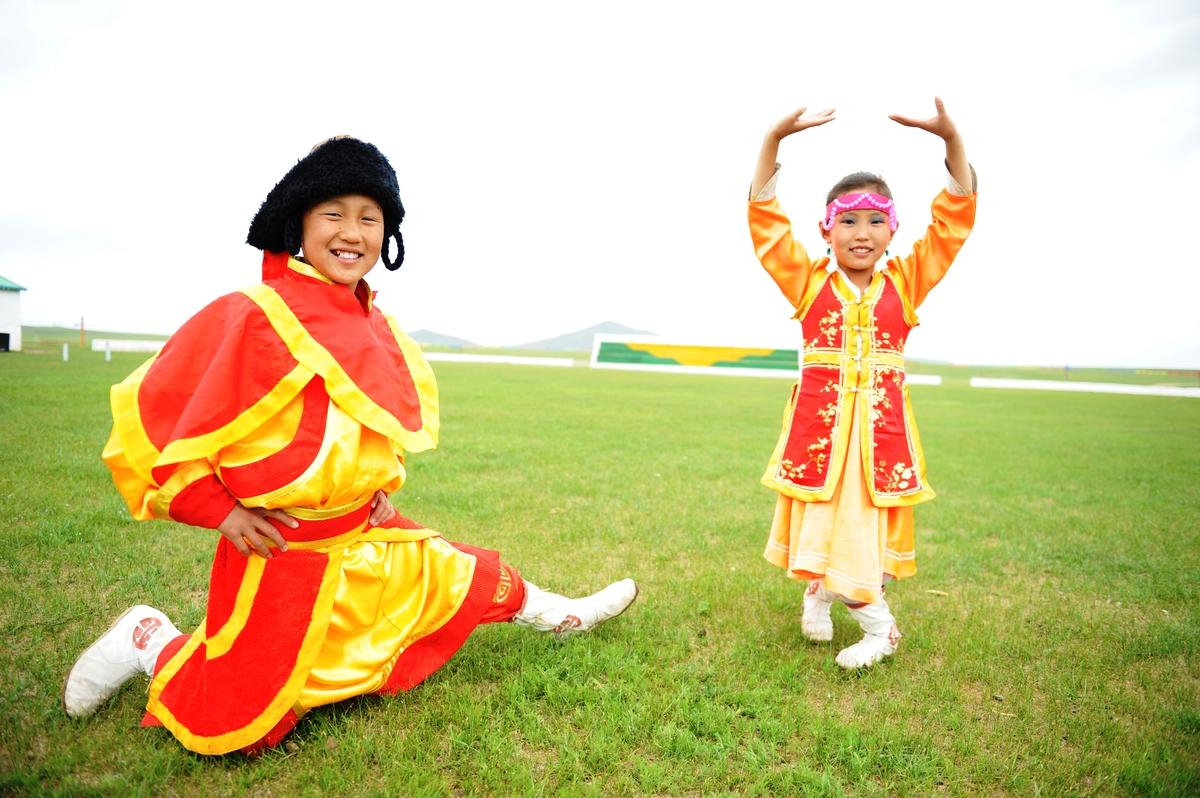 The Mongolian traditional costume consists of the traditional headwear, Deel and boots. The headwear or hats can only be worn by girls and men, and the shape and sizes depend on gender, social position, and tribe they’re from. The Deel is a loose tunic made from a single piece of material, and each ethnic group is distinguishable by the Deel’s cut, colour and trim. The boots are unique as well, with upturned, thick and rigid toes.

There are many interesting festivals and celebrations in Mongolia with one of the more unique ones being the Winter Festival of Altai Nomads. The Winter Festival for Altai Nomads is celebrated to raise awareness about the culture of the Kazakh ethnic people. The festival is filled with activities connected to their tradition such as Eagle hunting, kokpar – a traditional game – as well as ambler horse and camel racing.

Another celebration unique to the country is the Naadam Festival celebrated in July and is said to be a highly anticipated festival among the locals. A celebration of the country’s nomadic culture and independence, the Naadam festival is a combination of arts and sports such as wrestling, horse racing and archery as well as singing, dancing and performing. 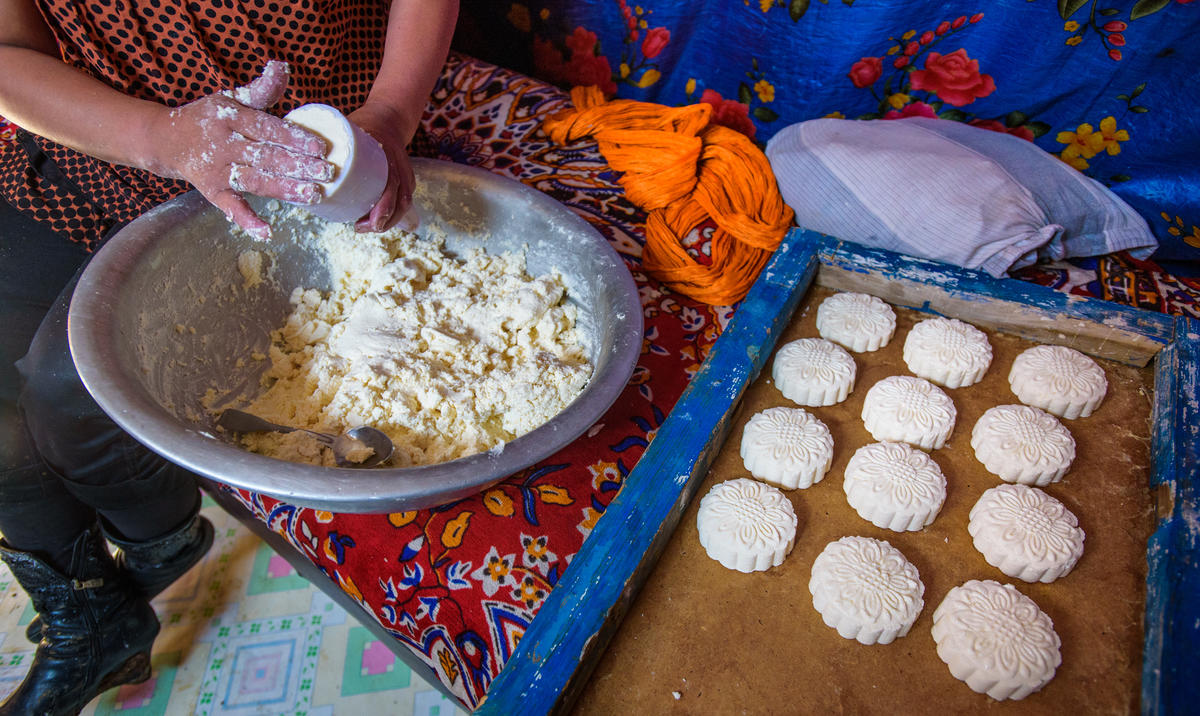 Making Aaruul in a traditional Ger

Mongolian cuisine can be quite unique and different from what we’re used to. For example, Boodog is a dish made out of a whole goat filled with hot stones, onions and potatoes, and Airag is made from the milk of mares, fermented and served as a mildly alcoholic beverage (it is said to provide a rich source of vitamins and minerals). Other local snacks and delicacies include Aaruul and Beshbarmak. Aaruul is a popular snack made from curdled milk from the cattle, yak of camel and left in the sun to dry while the Mongolian Beshbarmak is served to guests of honours visiting the local Gers. This dish is made from goat or lamb’s eyeball and served on a big platter, to be shared between visitors.

Every 60 seconds a family receives the tools to overcome poverty.