Home › My Journey to School

My Journey to School

2 pairs of brothers, Alvin and Rnolance, and Henokh and Erwin, set off before 6am every school day. They ride their horses across rivers and through a forest before reaching school. It’s a long journey to school but through World Vision’s child forum, the boys learn that education is important. Going to school will help them to reach their dream, to get a better future. 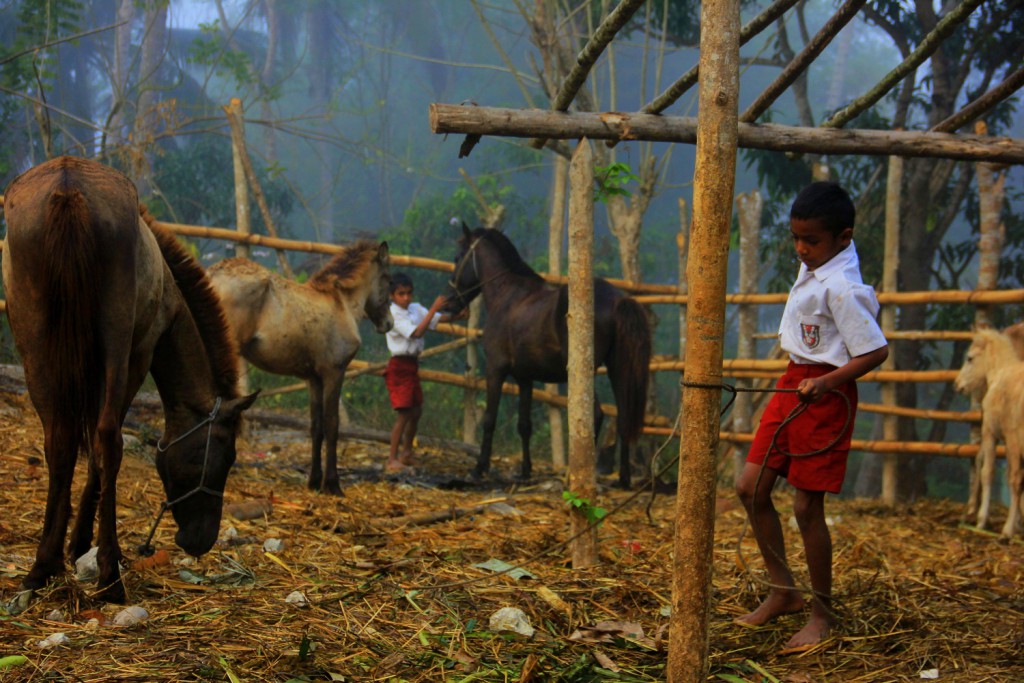 Henokh (front, right) is trying to release his horse. His younger brother, Erwin (back, left) also does the same thing. It is 6 a.m. The boys should go to school before it’s too late. They will ride their horses to school like what they usually do every day. By riding the horse, the boys save time and energy to study at school. 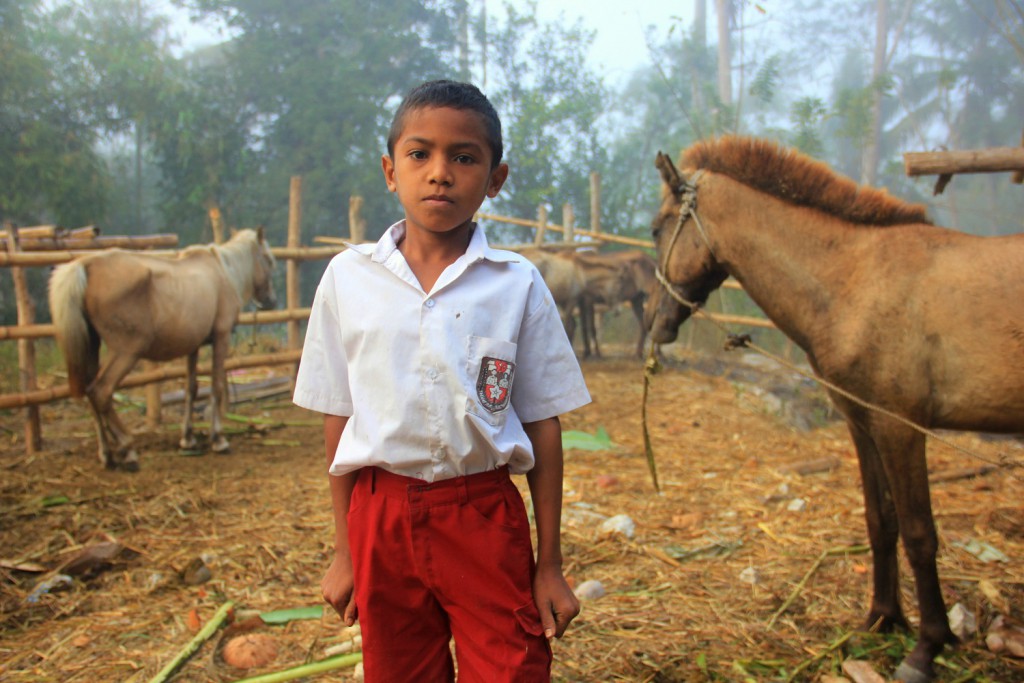 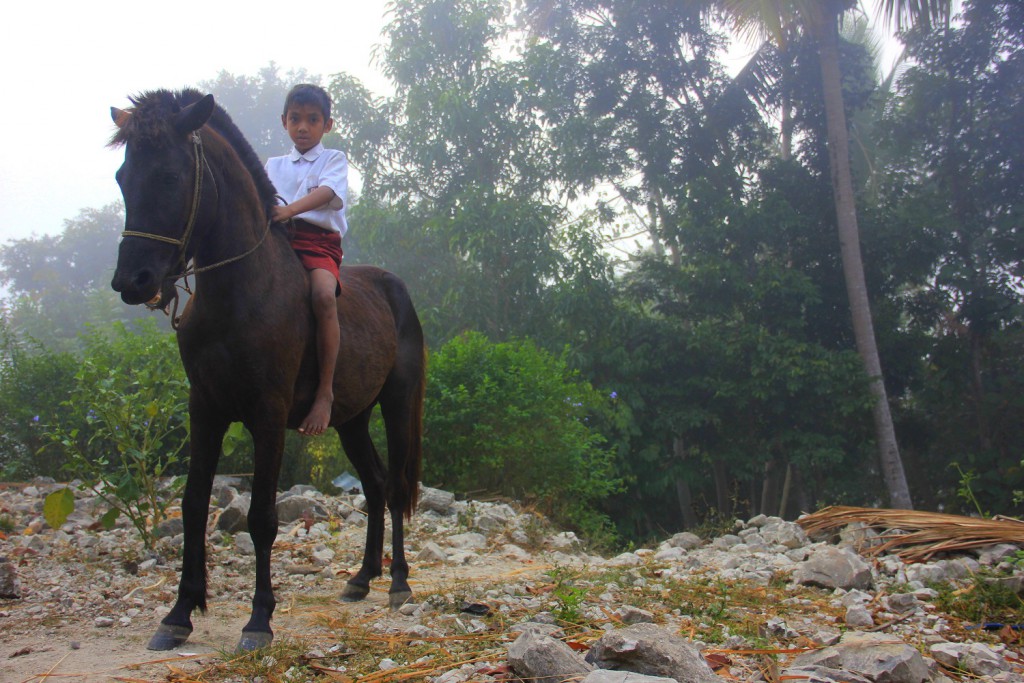 Erwin, 10, is a bit shy. He isn't like his brother. But he has the same dream like Henokh. He wants to be a soccer player that he needs to fluently read and write letters. Though he’s small in size, Erwin is good at riding his horse. 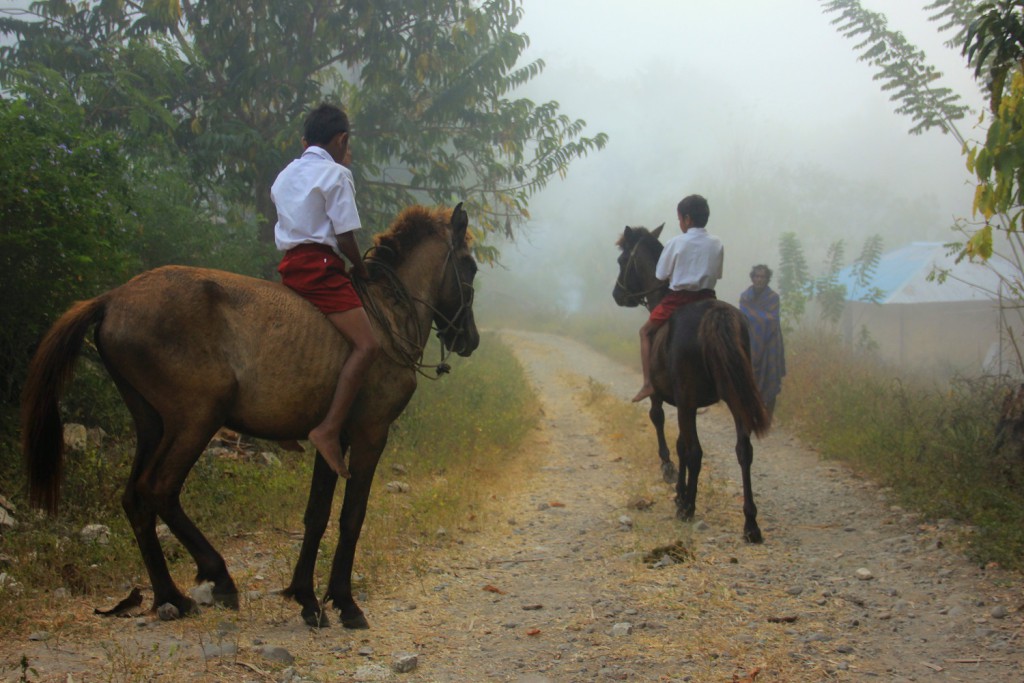 Henokh and Erwin are ready to go to school with their horses. Shoes and bags are unfamiliar stuff for them since they don’t have it. They left all of their books at school as will make it easier for them to ride their horses. They'll wait here for their friends to come and join them. 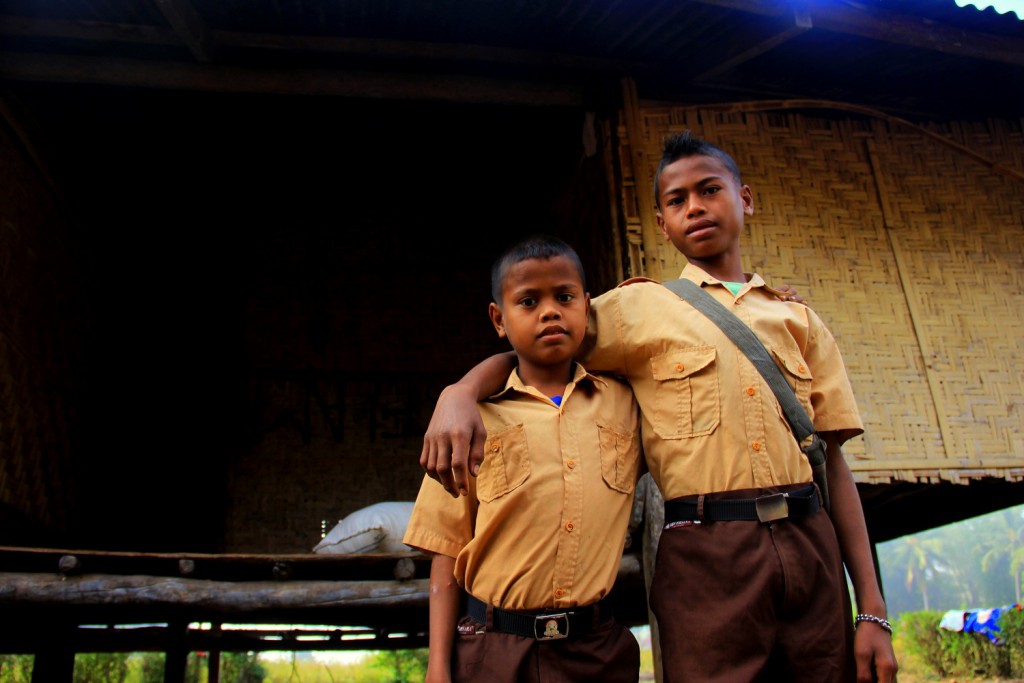 Alvin (left) and Arnolance (right) are brothers. Alvin, 10, is a third grader and his older brother, Arnolance. 14, is a sixth grader of primary school. Both of them are ready to go to school. Alvin wants to be a soccer player and Arnolance wants to be a policeman in the future. 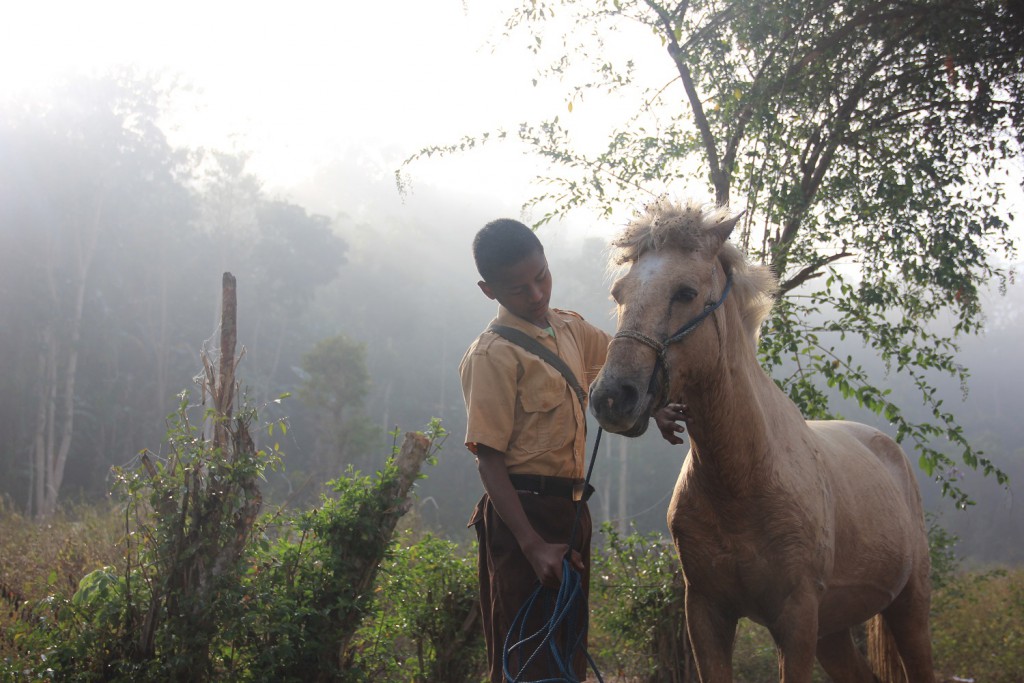 Arnolance wished his horse would never get sick. Once the horse gets sick, the boys can't go to school. The horse has accompanied Arnolance and Alvin for many years. For Arnolance, the horse has brought him to school since he was in the third grade of primary school. 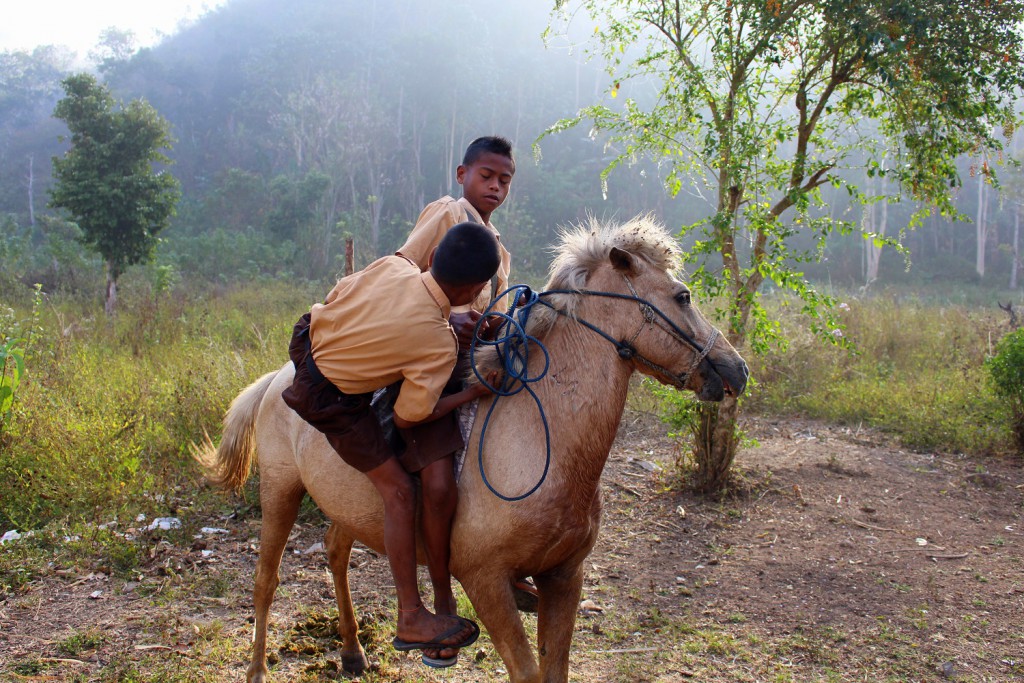 Arnolance climbs the horse back first and helps his younger brother after. They don't have horse riding equipment like stirrup so Arnolance lets his brother step on his foot to get up the horse. 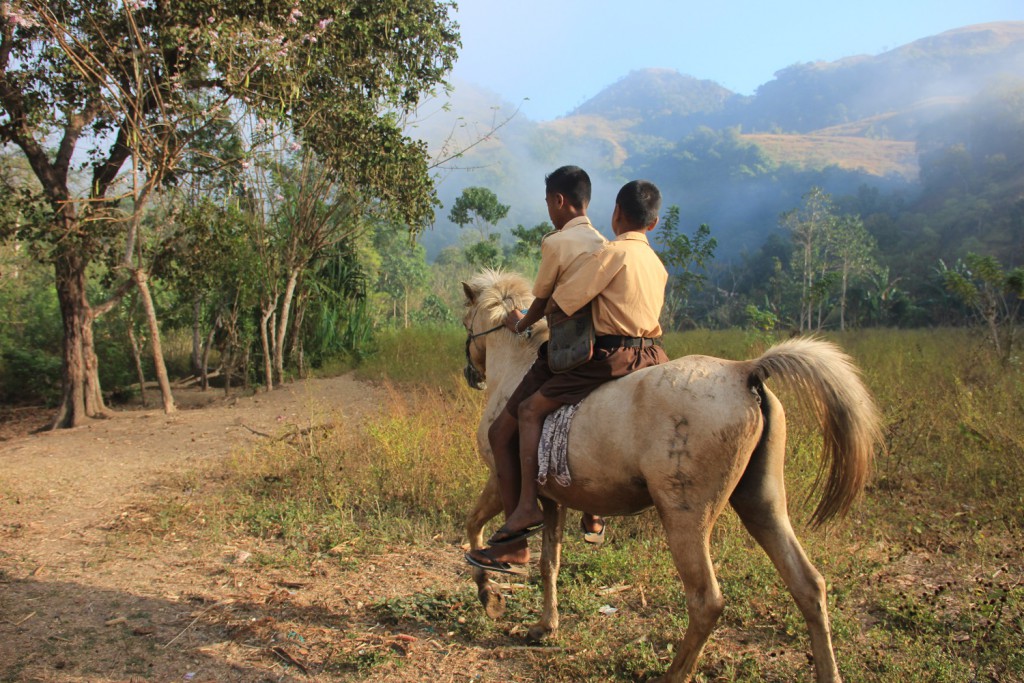 Both the boys are ready to go to school with the white horse and they are finally on their way!

First they have to pass a wide stream. Fortunately, it is dry season and the river stream is not high so the boys and horse can pass it easily. 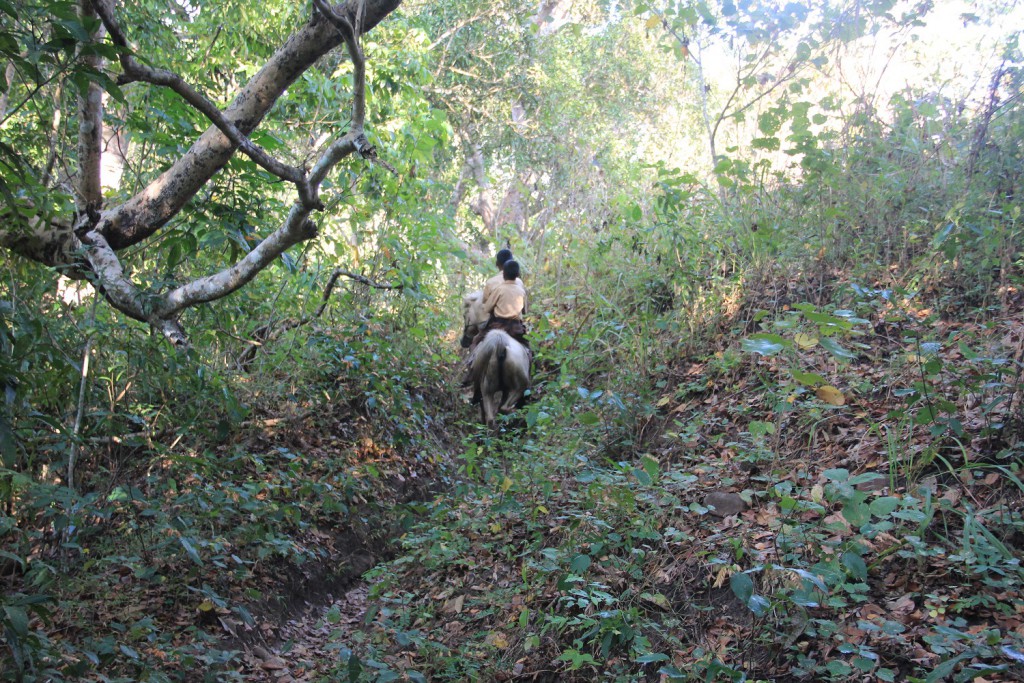 Next they'll enter a dense forest. Thankfully there’s a small path inside the forest that the horse can pass easily. 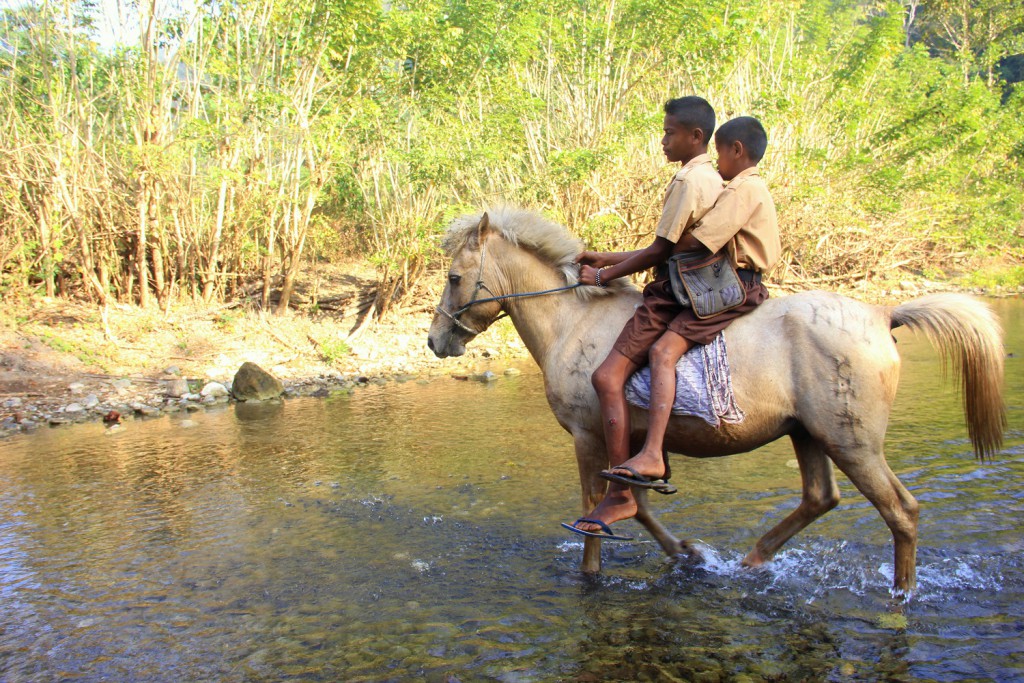 The second river awaits them ahead. This second river is wider than the first river. When rainy season comes, they can't go to school since the horse is unable to cross the river. 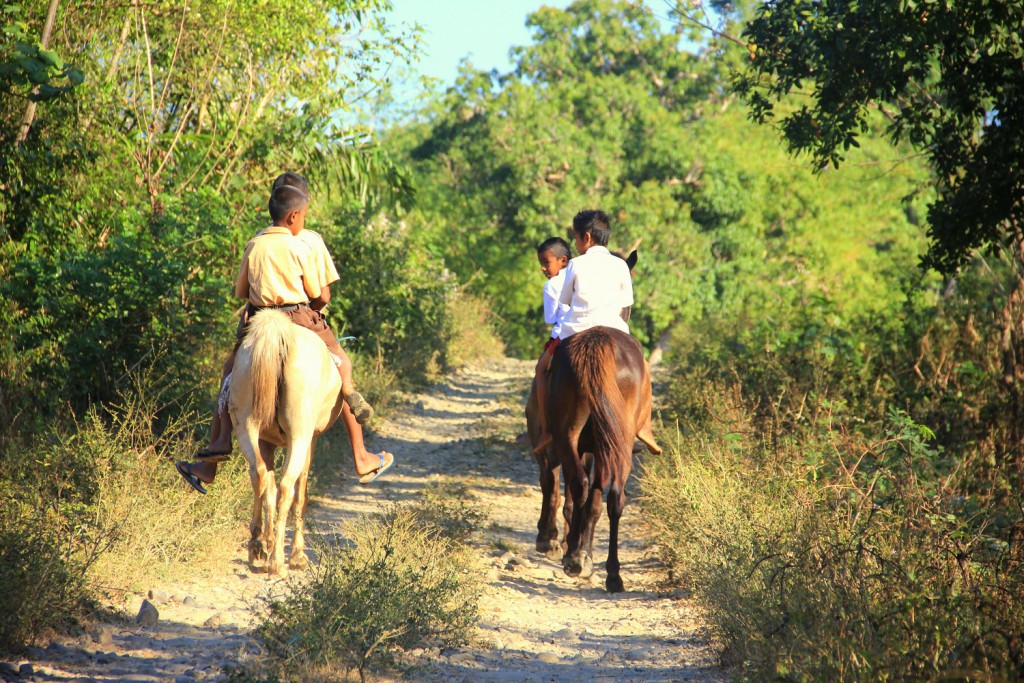 Not far from the second river, Arnolance and Alvin meet their friends, Henokh and Erwin. They always meet at the same point every morning. The four boys go to their school together by riding horses. Along the way, Henokh, Erwin, Arnolance and Alvin chat together, tell stories, and joke with each other. 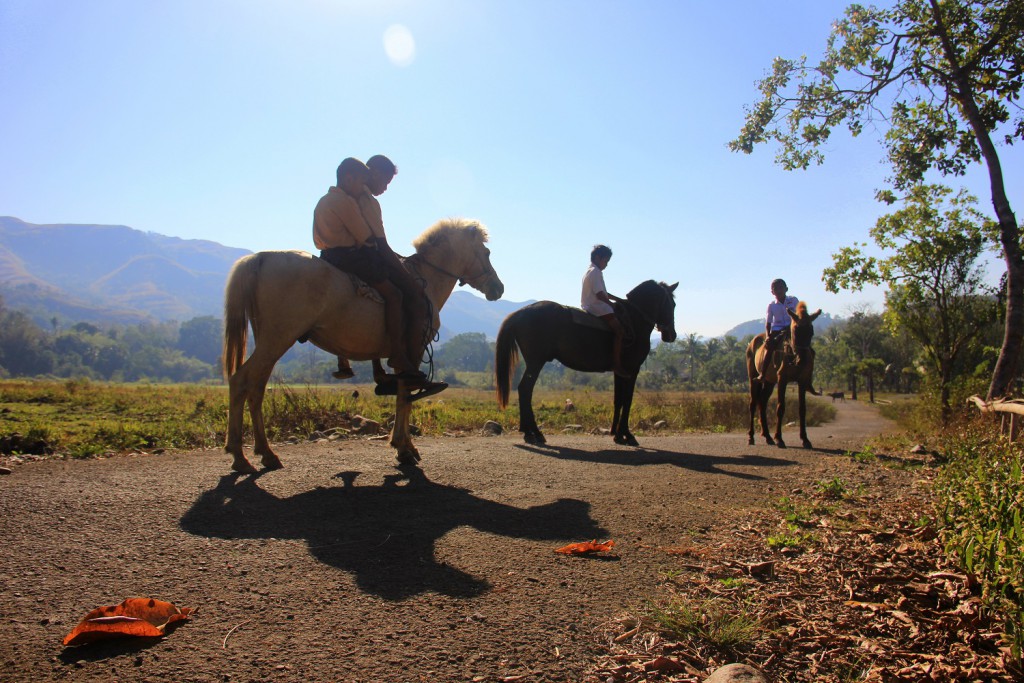 Sometimes, they have to stop because for their horses to take a break. It is near the rice field. A few minutes later, they will arrive at their school. It’s a long journey to school but through World Vision’s child forum, the boys learnt that education is important. Going to school will help them to reach their dreams, to get a better future. 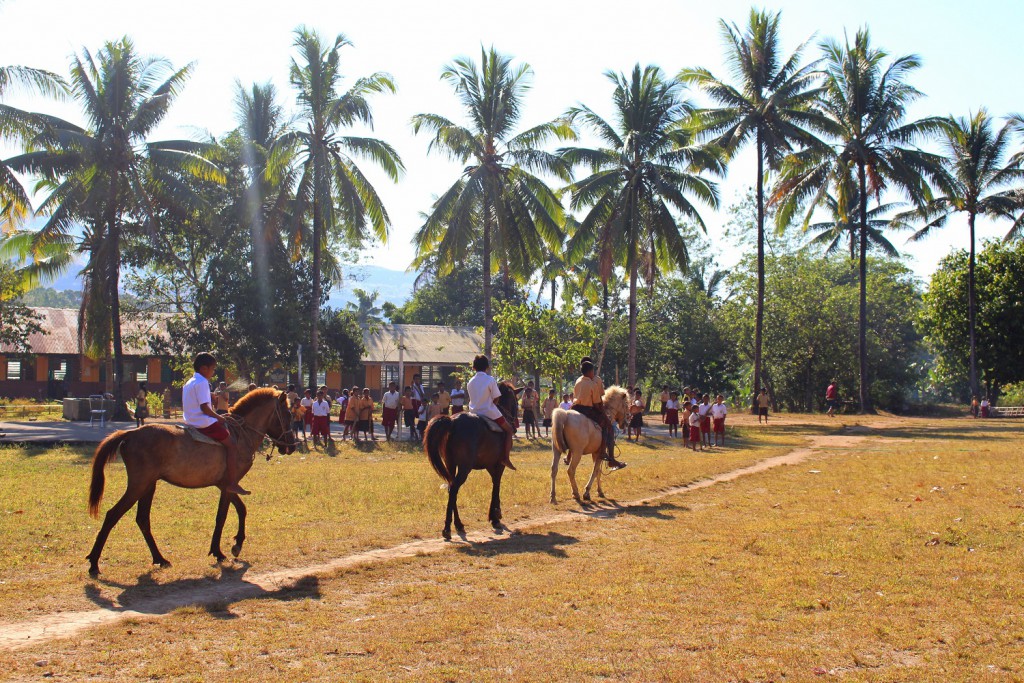 The boys have finally arrived at school. They spent more than an hour to reach their school on horseback. 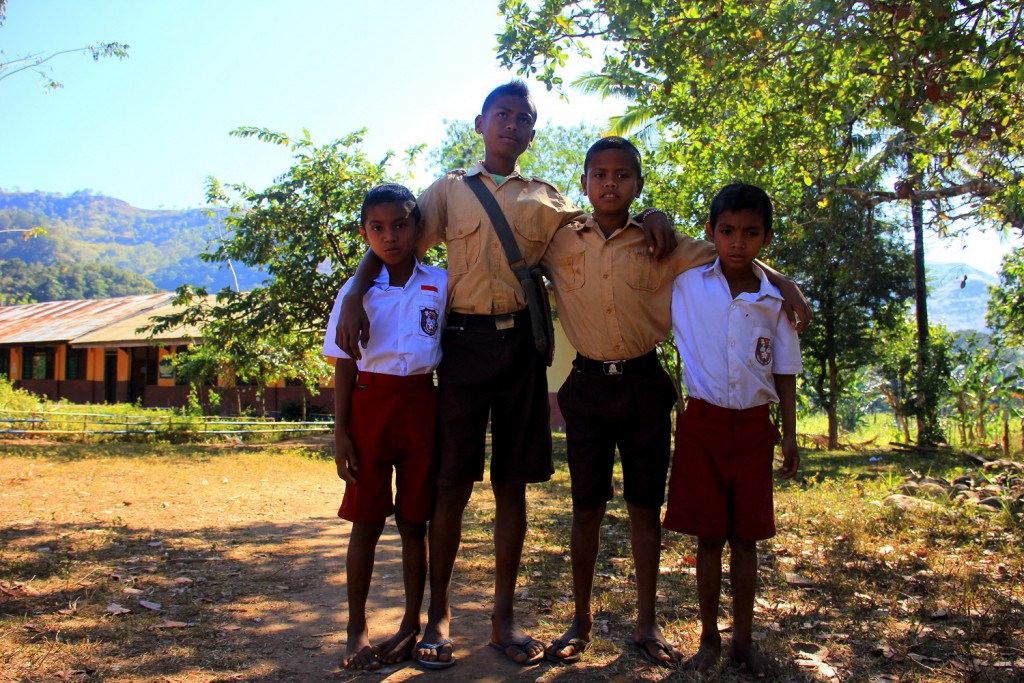 Soccer players and policemen are the dreams that these boys want to reach. As long as horses are still available in their homes, they won’t give up going to school.

Just like these 2 pair of brothers, many other children face similarly difficult journeys to school. Experience the joy of child sponsorship as your lend a helping hand.