Home › The choice no parent should have to make: which child will eat today?

The choice no parent should have to make: which child will eat today?

For a moment let’s put aside the shocking reality that in Afghanistan you can even purchase a child, a practice which is now increasing in response to the dire hunger situation.

The situation in Afghanistan is so bad that my dedicated national emergency response staff – while running food aid programmes deep into remote areas – have also set up a fund to support desperate families to stop them from selling their own daughters.  They know those girls, often incredibly young, will end up married to older men or sold into servitude and vulnerability.  Although these practices took place before the Taliban came to power, it has now worsened due to the hunger crisis. My staff recently even heard of one father who tried to leave his children at a mosque, such was his desperation. This is happening because the food assistance programmes, like those we run which meet the needs of many thousands, are being outpaced by the growing numbers of people facing starvation. Many of the previous activities run to protect vulnerable children have also not been able to restart following the change in national leadership.

Afghanistan is now facing its worst hunger crisis in living memory. The latest stats show that more than half of the 40 million population are facing acute levels of malnutrition and that children are dying due to starvation. Amongst this terrible number, almost nine million people are right on the edge of starvation12. In this context, untold numbers of children will be begging, married off into violent homes, forced into dangerous and exploitive work, and pulled from school. 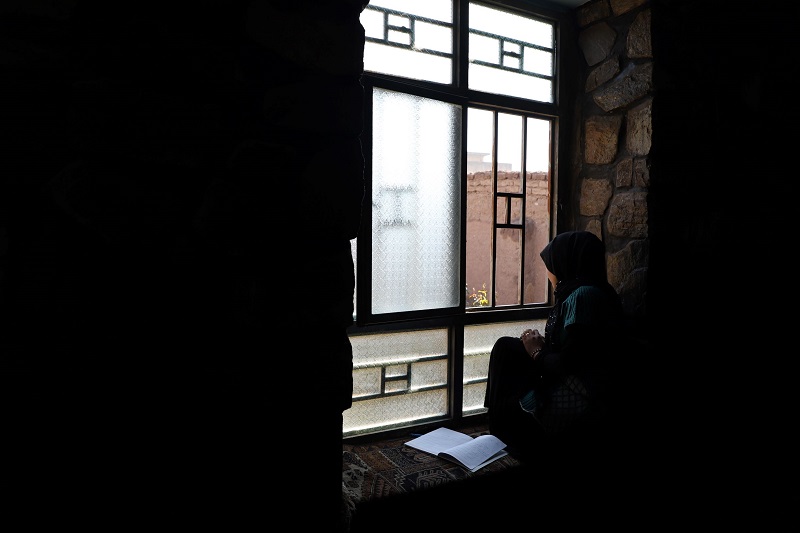 Winter is now what everyone fears, as things will get much worse, fast. Snow will prevent access to remote areas which could then be cut off for up to four months. We are very quickly running out of time to get food aid into villages that will soon become inaccessible.

My organisation, World Vision, has been on the ground for 20 years undertaking a range of humanitarian and development work, but the activities that are most critical at this moment are providing emergency nutrition via 15 mobile health clinics. It is heartbreaking to visit these clinics and meet young mothers who share stories of their struggles to survive on almost nothing. Medical staff measures the arms of children as an indicator of how malnourished they are.  The weakest get sent to specialist nutrition wards in hospitals. Those wards are filling with children, sometimes several to a bed, and deaths are increasingly commonplace.

The other thing we do is provide food that WFP gives us to distribute in the remote and mountainous provinces where we work in Western Afghanistan.  All these are marked ‘emergency’ red on a map managed by global food security experts who have assessed the food situation. In fact, most of Afghanistan is now red - and just one step away from ‘famine’ black.

The situation was already bad before the Taliban took control of Kabul in August.  Drought, very probably worsened by climate change, and conflict that had displaced tens of thousands had created the initial conditions for this crisis.  But an already bad situation has significantly worsened. International funding that supported crucial sectors such as health and education and development has largely been suspended. 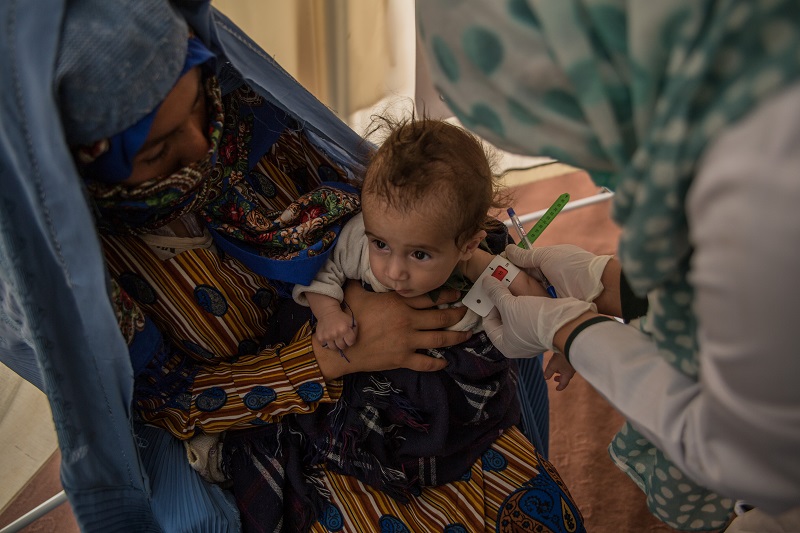 World Vision staff measure the arm of a child to see how malnourished they are.

The people of Afghanistan are now paying a punishing price for these suspensions. Half of all children aged under five — around 3.2 million — were expected to suffer from acute malnutrition by the end of 2021. One million children are at risk of dying without immediate life-saving treatment.

The timeline and trajectory of this emergency are beginning to become clear, but by the time the world realizes its scale, it might already be too late. Getting food trucks through the mountain passes will be next to impossible. And children weakened by malnourishment will already be dying from the cold, from diseases like tuberculosis and respiratory infections. When the famine was finally declared in Somalia in 2012 many of the 260,000 people who eventually died had already done so. The scale of this crisis may be worse. We must not let that happen again.

In this day and age, we should never ever let any child starve, or witness families having to make the impossible choices they are now being forced to make.

The time to act is now. The time for giving is today. 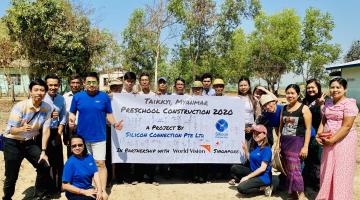 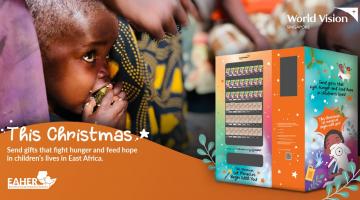 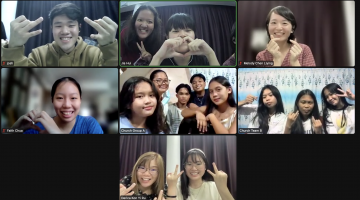