Home › 7-months-old Safia's journey out of malnutrition in Afghanistan

7-months-old Safia's journey out of malnutrition in Afghanistan

“We had lost our hope for her life. We thought Safia will not live long,” says 34-year-old Najmudin.

Because food on the table was not sufficient, his wife was staying hungry and could not produce enough milk to breastfeed her seven-month-old daughter, Safia. She is the fourth child of the family and was severely malnourished. Najmudin and his wife already lost one of their children because of malnutrition. Seeing how weak Safia was the family had lost their hope for her life as well.

“Safia was very weak and could not move a lot. She was also not able to drink milk properly and we would feed her through a feeding tube,” says Najmudin. Najmudin is a farmer in Ziaudul village of Badghis Province and the breadwinner of his eight-member family. Unfortunately, he does not have his own plot of land and has to work for others. He works hard and does long hours but the income that he makes is not enough for his family, “I can hardly provide food for my children,” he says.

On one hand, lack of food and on the other hand, lack of access to healthcare services, caused Safia and hundreds of other children to be malnourished in Ziaudul and neighboring villages.

“It takes us around four hours to take our sick family member to a doctor because we do not have any clinic and even not a drugstore in these villages,” complains Najmudin.

124,800 premature births were reported in the country, and around 13,700 of these babies have died since the beginning of 20221. WFP (World Food Program) has also reported that 4.7 million children, pregnant and lactating women are at risk of acute malnutrition and 1.1 million children are acutely malnourished2.

Realising the needs of these villages to urgently access healthcare services, World Vision established a mobile health clinic to serve vulnerable people. This team visits one village each day and provides them with health services as well as medication. 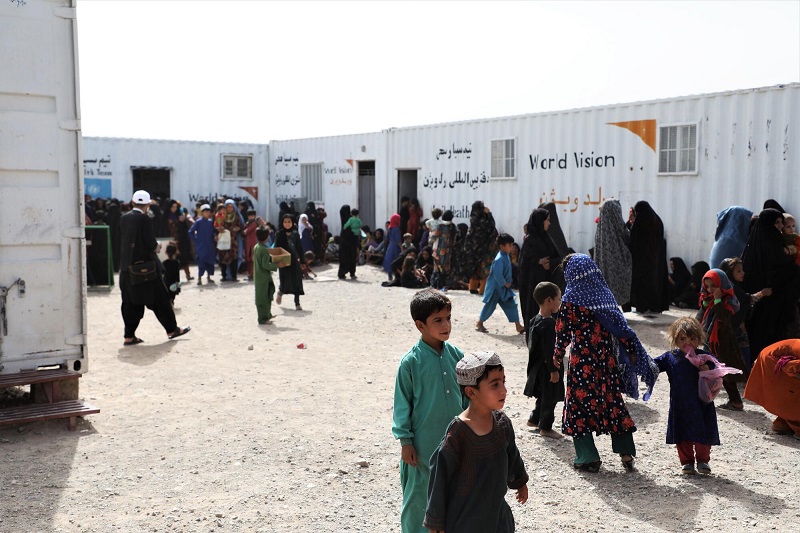 “Before the establishment of this clinic here, Paracetamol – usually expired – was the only treatment for any sickness because we did not have access to other medicine. After this team of doctors came here, the mortality rate of malnourished children, as well as maternal and infant mortality rate, have decreased in our villages considerably,” says Abdulrahman, the head of Ziaudul Village.

When Najmudin heard about the centre, he immediately brought Safia to be treated.

“She was very weak and could not move much. She was even struggling to drink milk. During our first visit, the doctors gave her serum and told us to bring her again. Then they gave us nutrition packages and some medicine. After four visits to this clinic, her health has improved noticeably and now she makes a lot of movements. Sometimes she even tries to sit on her own,” he says with a hopeful smile. 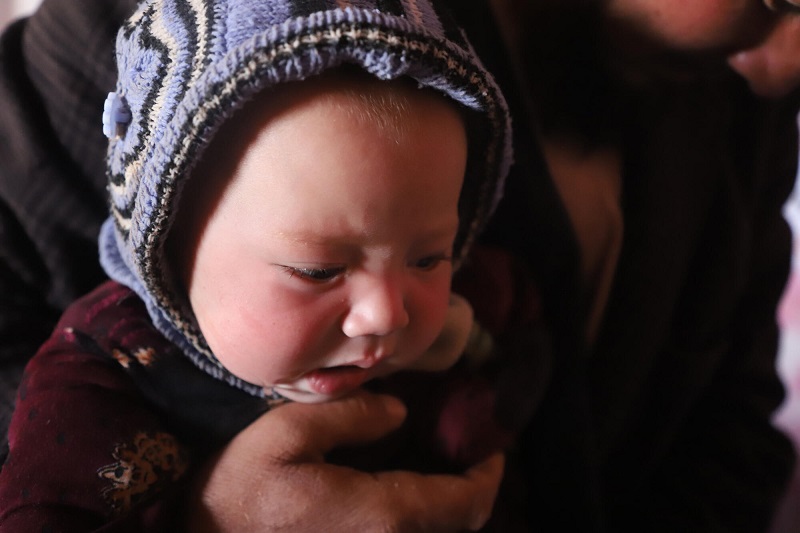 The people of these villages dream of a permanent and equipped clinic for their children and families.

“People are very grateful and satisfied with this mobile health team. It has solved 70 percent of our health-related problems and is very helpful. This is still not enough to meet all the needs of people,” explains Abdulrahman.

YOU CAN HELP CHILDREN LIKE SAFIA HAVE A CHANCE AT WALKING OUT OF MALNUTRITION AND LIVING A HEALTHY LIFE.

FIND OUT MORE ON HOW YOU CAN HELP.