Home › Youth For Change: Moisi, From Protected Child to Protector of Children

Youth For Change: Moisi, From Protected Child to Protector of Children

In Albania, 32.1% of the population lives with less than USD5 per day, and 34, 000 children live in extreme poverty. Many of the oldest Albanian boys in these poor struggling famlies risk emigrating to Greece just to earn some money. Emigration means that these children will have to drop out of school and face severe and precarious xenophobic circumstances in Greece. Many Albanian families continue to struggle with the trauma of war, in particular refugees who fled Kosovo for Albania. in addtion, a 6.4 magnitude earthquake struck the region in 2019, causing large-scale destruction and affecting many of these families.

23-year-old Moisi is the eldest son of a family with five children. Moisi's father, having lost a hand, has been unable to work. Moisi's mother has struggled with a mental disability for the last 20 years. Their home was built almost 70 years ago but was destroyed by bombing during the 1997 civil war in Albania. His family members lived in the house's animal shelter as all the other rooms in the house had become uninhabitable. With his father in retirement due to physical disability, the family's household finances were strained. They had to survive on only 17, 000 Albanian Lek, or the equivalent of about SGD224.50. Coupled with Moisi's father's frequent hospitalisation bills, the need to provide clothes, food, and schooling for moisi's four younger siblings, the faimly was in dire straits. Face with the hopelessness of poverty, Moisi's father wanted him to emigrate to Greece to work, dropping out of school in the process. 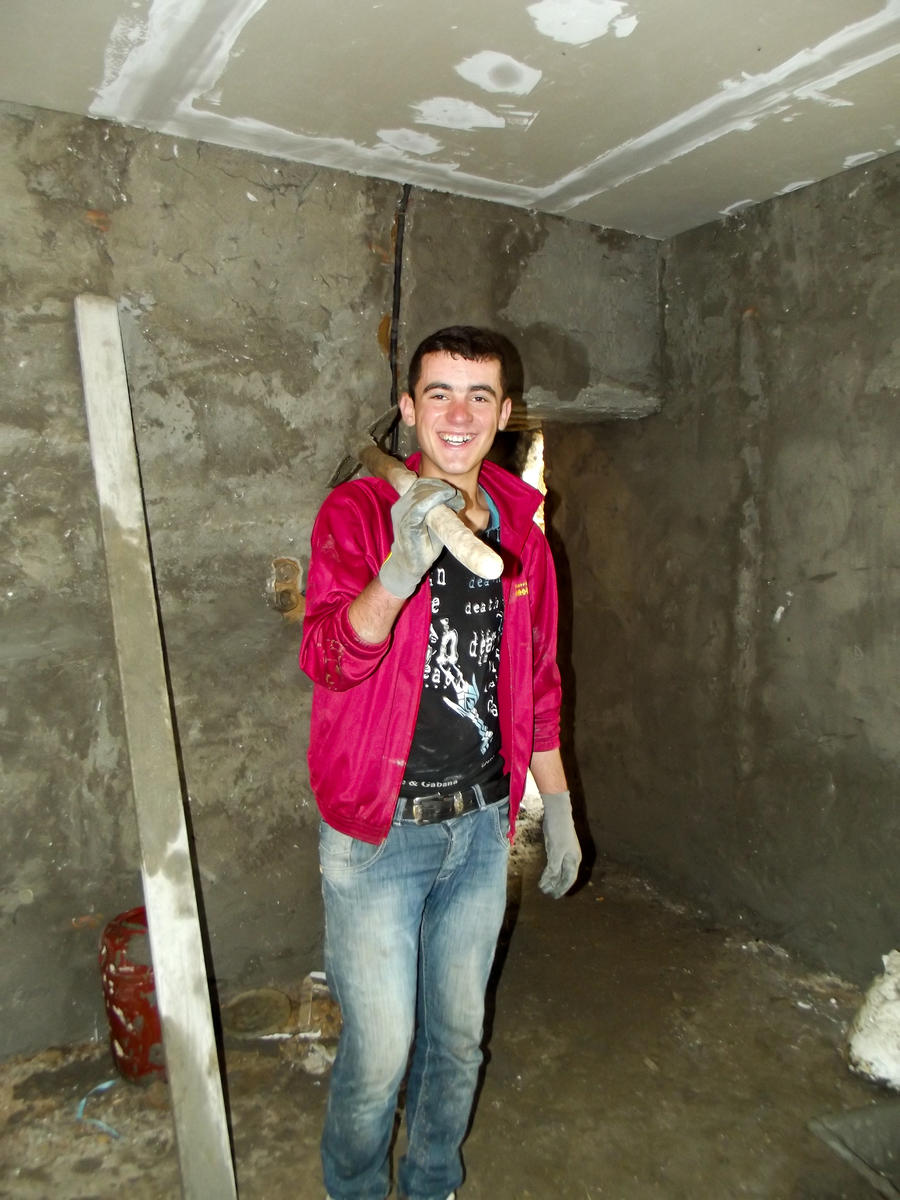 (Pictured: Moisi during the reconstruction of his house)

However, World Vision Albania and Kosovo intervened to help the family. World Vision provided Moisi's family with food and helped them to reconstruct a part of their house. They also protected the tennager by persuading Moisi's parents against emigration and pulling him out of school. After Moisi attended a summer camp in Erseke, south of his home village of Cetush, he had the opportunity to make friends his age and to experience camaraderie among peers for the first time. After the camp, not only were his parents persuaded, but Moisi also joined the Peer Educator group in Dibra, where youth in the area work on World Vision projects to promote child rights. Through the group, participants learnt about their rights to education, health, and many others, and helped to protect the rights of their peers.

In Moisi’s words, “At the time I was not involved in World Vision, I was in darkness, I only knew that I existed.” Moisi related that World Vision helped him grow and develop as a person. Just as he was empowered and protected, Moisi also wants help others and protect them against social injustice. Moisi was also supported by World Vision to participate in a cooking class for about a year. He is currently a graduate cook, working as a kitchen chief to serve others and give back through his cooking.