Home › Why do some families marry off their girls?

Why do some families marry off their girls? 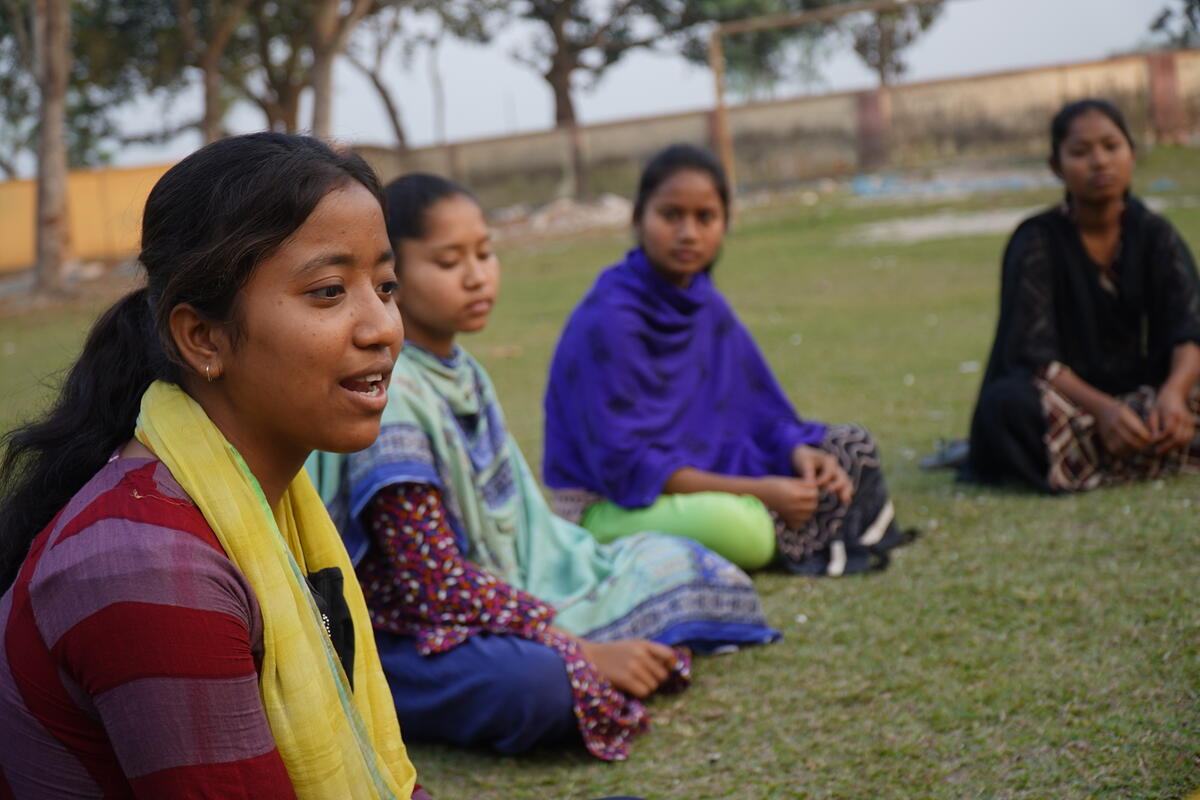 In Bangladesh, 16-year-old Bristi is working to prevent child marriages in her community, leading awareness raising in the children's forum

Being a teenager isn’t easy, no matter where in the world you come from. But while many teens are weighing up their post-school options, possible career paths or just their weekend plans, a growing group of girls are facing choices of a much more impossible kind.

Like, whether marrying a much older man is worth a roof over her head and a full stomach each day, the preservation of her parents’ pride, or the chance for her sister to keep going to school because if she leaves, it will mean one less mouth at home to feed. Or, whether she could escape from the marriage and her family, leave home for good, and survive long enough to build another life.

Are they really choices at all?

One in five girls worldwide is forced into marriage before the age of 18. While we’ve pushed that figure down over the last decade, the COVID-19 pandemic is forcing a growing number of families to marry off their girls. UNICEF now estimates an additional 10 million girls are at risk of becoming child brides because of the pandemic – that’s on top of the already 100 million girls predicted to marry before they turn 18 over the next decade. The consequences can be catastrophic – limited education and employment opportunities, social isolation, domestic violence and rape, exposure to sexually transmitted diseases, including HIV and AIDS, and early pregnancy.

If the consequences are so bad, why do some parents let it happen or worse… force their girls to do it? The reasons for child marriage are broad and complex, but there are three main driving forces:

When families are caught in a cycle of poverty, without a secure source of income, they can be forced to use their children as commodities to survive.

Girls are at the greatest risk because of their societal status in many countries and are often sent to work or to be married. Either in exchange for cattle or money or just so there is one less mouth to feed. Natural disasters, global economic fluctuations and other circumstances beyond a family’s control can exacerbate already fragile financial situations for families, pushing them into crisis.

When a daughter marries young, it can relieve financial pressure on her family - but it perpetuates the cycle of poverty for the daughter. She is often trapped in a situation where she is more likely to experience domestic violence and will have worse economic and health outcomes than if she was unmarried. 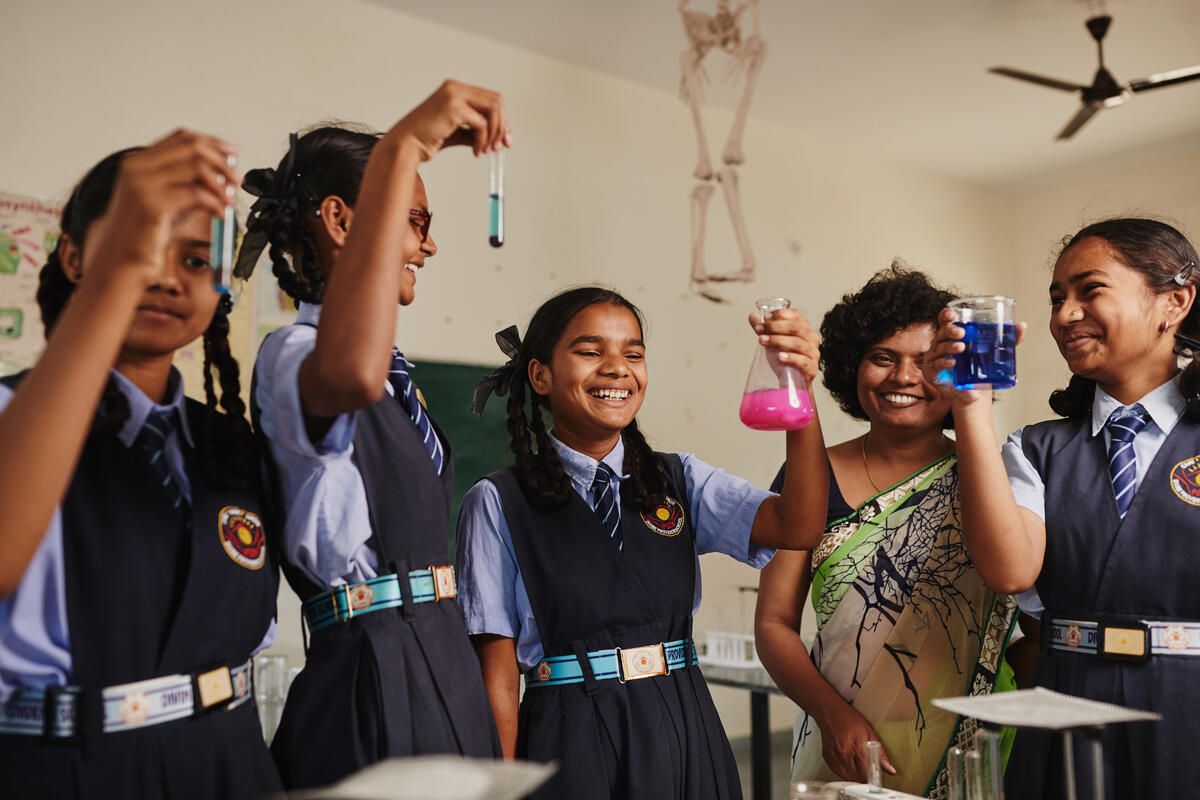 Gender inequality is a root cause of child marriage. The classroom is one of the places where gender inequity remains glaringly obvious. According to UNICEF, 129 million girls are out of school and only 49% of countries have achieved gender parity in primary education. That figure plummets to just 24% in the upper secondary years.

Families trapped in poverty are more likely to favour boys when it comes to educational opportunities because they are usually seen as the family’s best chance of earning an income. Girls are usually expected to provide unpaid domestic labour in the home and eventually leave their families to join their husband's. As a result, girls can be seen as an economic burden, and many families see child marriage as a solution to ease their financial stress.

Despite child marriage being illegal in most countries, laws are rarely enforced and often overlooked in favour of widely accepted cultural practices. Girls are often unaware that these laws even exist. Some rural communities view a girl as being ready for marriage as soon as she reaches puberty, and it is common for requests for marriage to come as soon as this happens.

In some places, child marriage is political. Unions are arranged to build or strengthen ties between tribes or communities. Elsewhere, it’s about family honour and avoiding the shame of having an unmarried daughter or one who becomes pregnant before she is married. Some parents believe that arranging a marriage for their daughter as a child will give her the best chance at life – but the reality is starkly different. According to the World Bank, women marrying as children have an average of 1.4 more children over their lifetime than if they marry after the age of 18, and have an increased risk of poverty and poor health. Children born to mothers under 18 also suffer negative effects – they face a higher risk of death before the age of five, malnutrition and growth stunting than children born to adult mothers.

What are child sponsors doing for these girls?

At its core, forced child marriage is a fundamental violation of human rights. It has no place in 2022. That’s why together, we are helping girls to take back their choices and their futures. 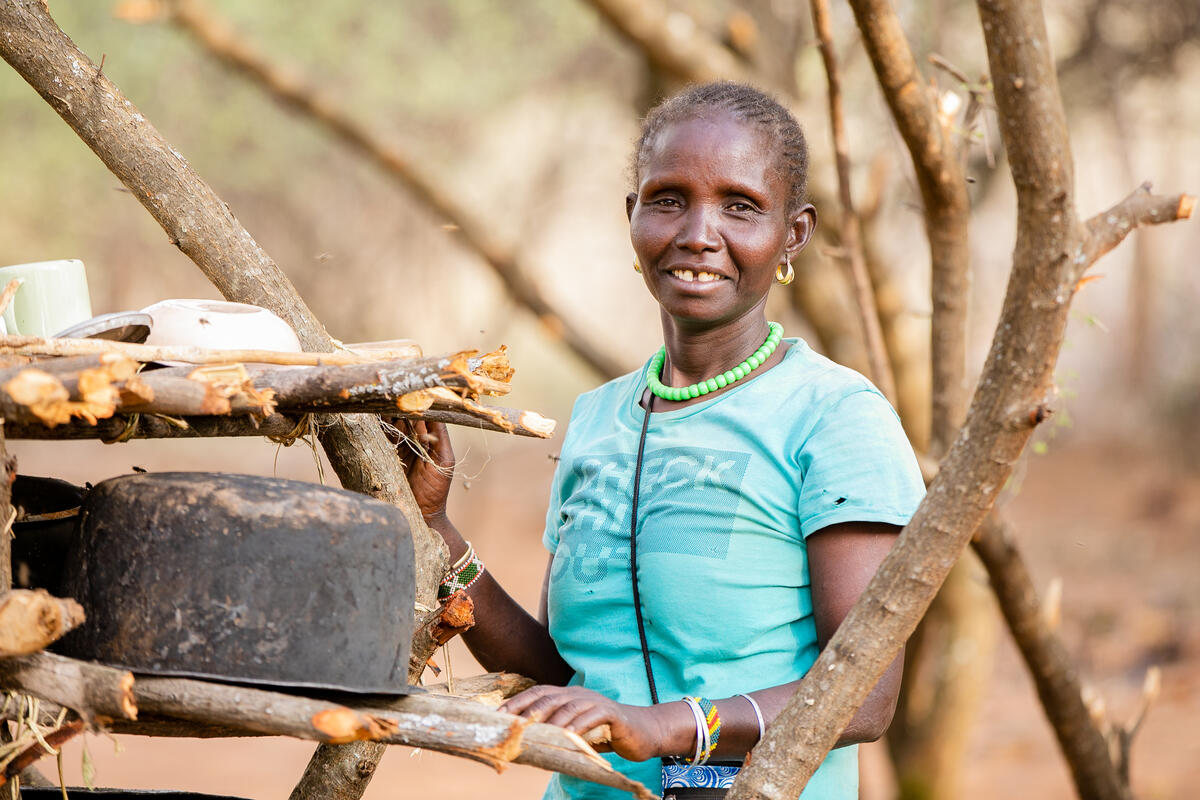 In Kenya, Loise has experienced the harmful cultural practices of both female genital mutilation (FGM) and child marriage firsthand. Both she and her two eldest children went through FGM and child marriage but World Vision’s work in Loise’s community has changed her perspective. Now Loise works in her community to protect girls from these harmful practices

Child sponsorship actively fights against child marriage, intervening in line with local laws. But it also tackles the root causes – poverty, deeply rooted gender equality and harmful social and cultural norms. By helping families learn to save money, access micro-loans, develop new employment or agriculture skills and learn how to run businesses, child sponsors can help families build resilient livelihoods and have alternatives to marrying off their girls.

Child sponsors also protect girls’ right to go to school and stay in school, working with parents and community leaders to understand the life-altering impact of education, for girls, and supporting schools to give girls and boys the best learning opportunities possible. And child sponsors partner with local authorities, faith leaders, communities and girls themselves in the fight to protect girls’ rights and end violence, exploitation, and most definitely, child marriage.

Will you join in the fight? Find out more about child sponsorship today.