As Christmas approaches, our thoughts turn gratefully to you, our supporters. Without you, many children around the world would be having a bleak December. But thanks to your help, these kids from the poorest parts of the world can have hope even in the face of poverty.

From all of us at World Vision, we would like to wish you and your loved ones a very meaningful Christmas! May the changes you make in children's lives remind you that there is hope when we continue to hold on to a vision of a better world, and to care and share in spite of struggles.

With daily challenges to peace, what can be done in conflict-ridden places? How can the next generation be peace loving and peace keepers? In this issue of Voices for Change, we bring you stories from Iraq, Kenya, the Philippines and more, of how World Vision is working to make peace a reality. 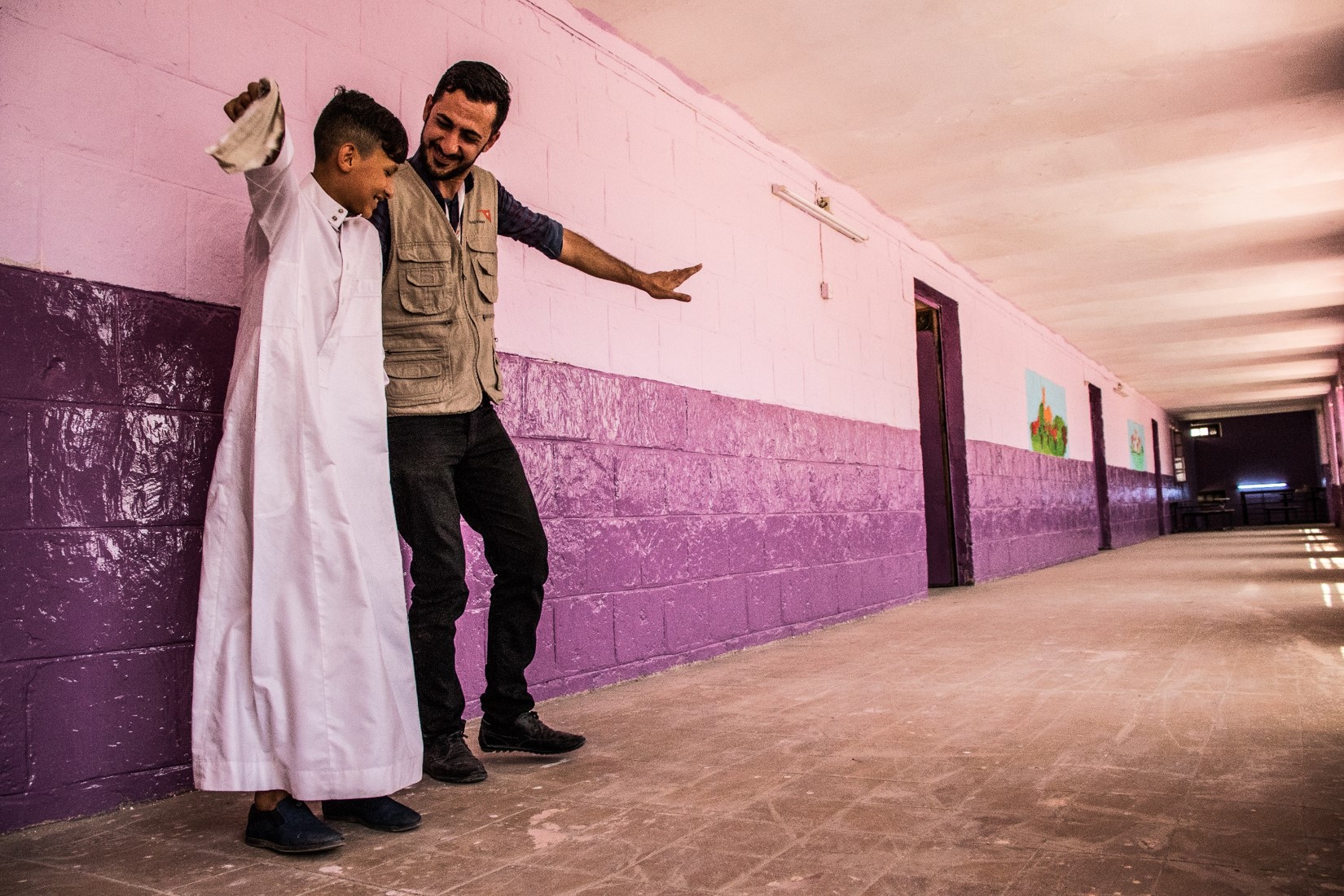 Jamal lives in Kirkuk – a melting pot of different cultures, ethnicities and religions in northern Iraq. Tensions often run high between the different ethnicities, causing instability and conflict. Amid the turmoil, Jamal is a beacon of hope for the future of his city – and his country.

“[In my class] there are Arabs, Kurds and Turkmen. There are two Christian students in my classroom,” Jamal says.

Jamal lives in Kirkuk – a melting pot of different cultures and ethnicities in northern Iraq. They have been hit hard by the ongoing crisis fuelled by extremist groups like ISIL (Islamic State in Iraq and the Levant). Refugees have fled to his part of the world to escape from the horrors, and tensions often run high between the different ethnicities, causing instability and conflict. 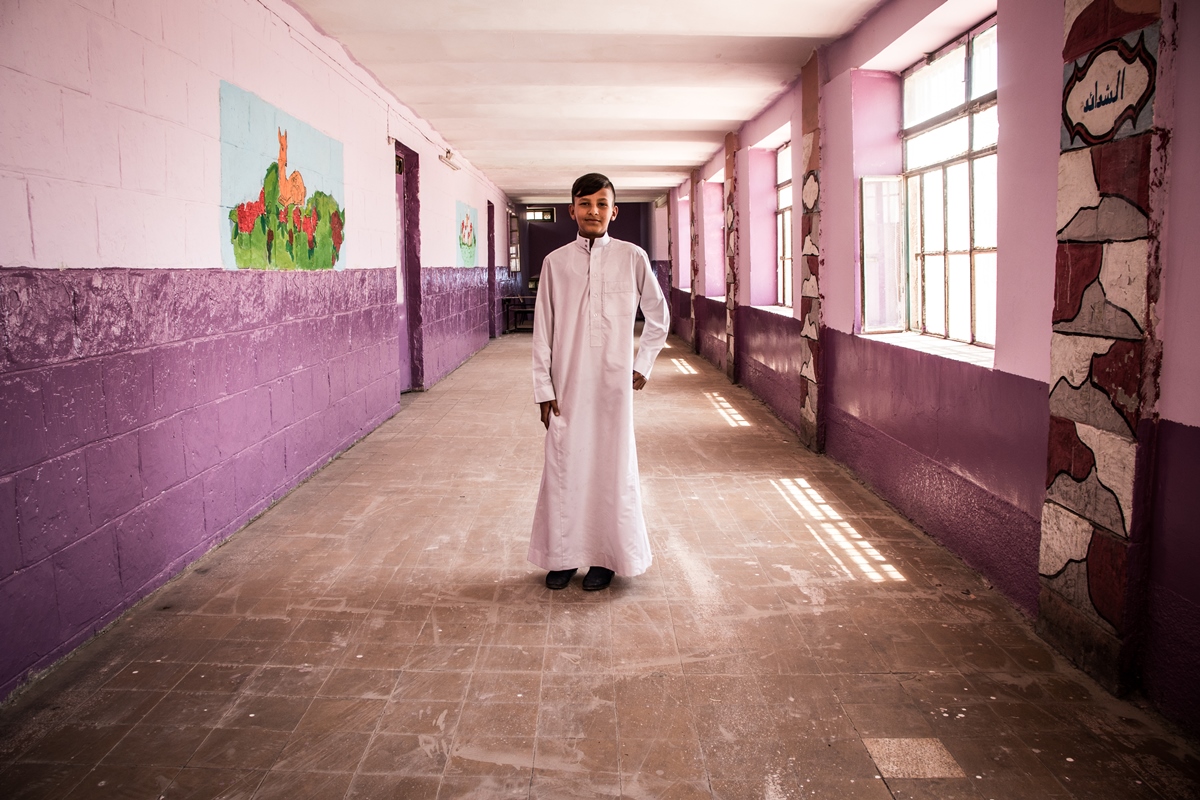 Amid the turmoil, Jamal is a beacon of hope for the future of his city – and his country.

Jamal, an Arabian boy is part of a World Vision student group set up at his school. His role is to promote peace and acceptance amongst his friends and peers, a role he clearly relishes.

The student groups learn about a range of topics including their rights, responsibilities and peacebuilding. The students then mentor and lead fellow classmates in these areas while transferring their learning.

Jamal now no longer sees any fundamental difference between him and children of other ethnicities. He recognises that they have fears, love, hurts, and also want to do what is kind, just and right. They can also have fun together. “Our relationship has changed after we learnt about accepting each other. I have changed a lot and they are my brothers - Kurds are my brothers, Turkmen are my brothers,” he says.

“Now, my friends no longer speak badly about the other non-Arabic groups, in class or in school. So the change is very noticeable,” says Jamal. 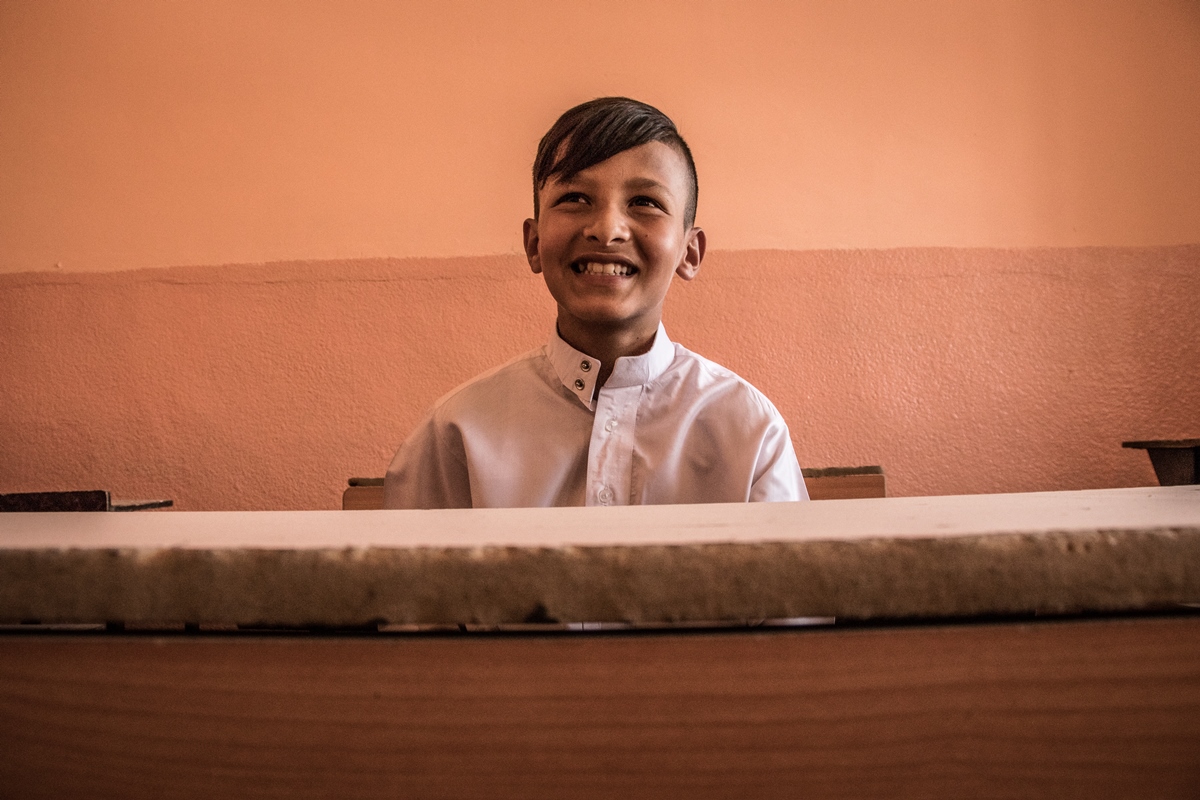 Jamal’s School Manager, Mr Wasa, agrees there has been a change.

“Before World Vision, the students would say to me ‘that Kurd hit me’ or ‘that Arab was mean to me’. After the student groups learnt the peacekeeping skills, they avoid using such phrases carelessly. The student groups meet regularly and prevent these conflicts from happening,” Mr Wasa says.

“At Christmas, the students brought specific gifts for the Christians and went to their house for a celebration. They started learning and enjoying each other's holidays. The difference is quite clear.”

Jamal recently participated in a festival organised by World Vision. The aim of the festival was to bring everyone together and to build peace between the different communities through the Dabcha dance. 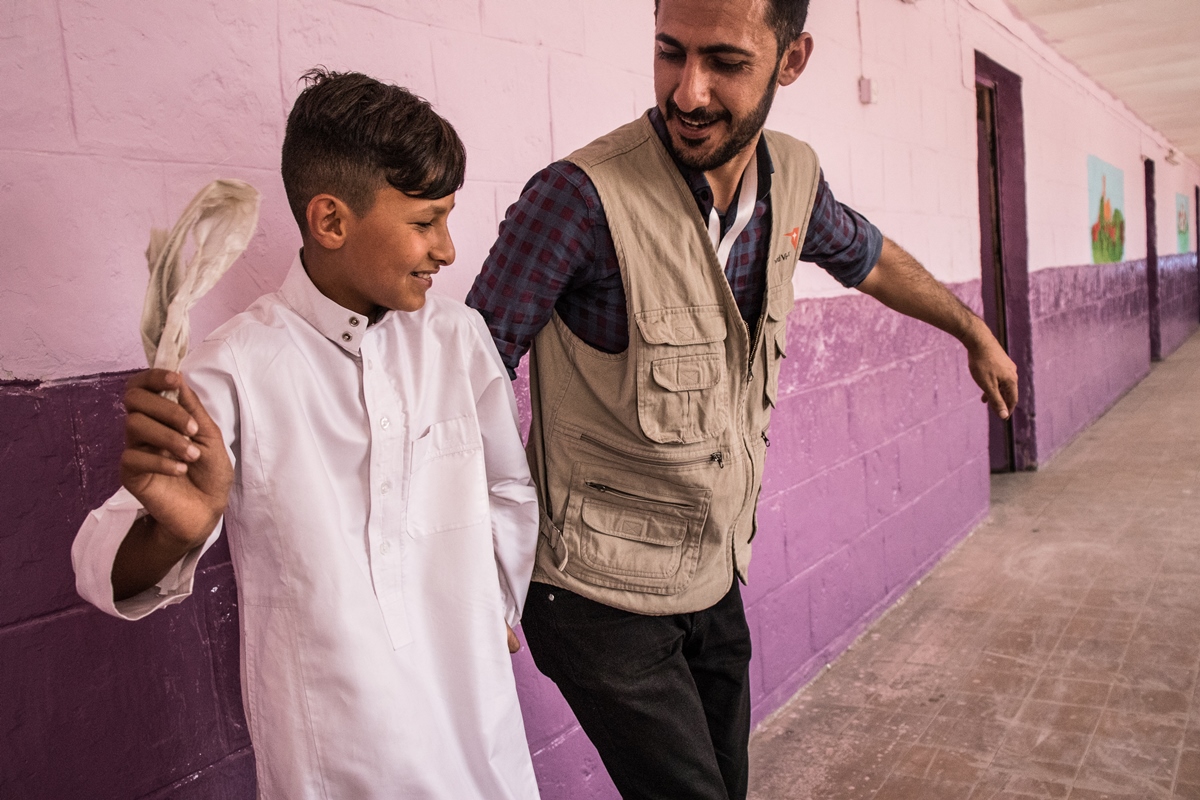 “The festivals are a good way to understand each other and to know each other, and to start a relationship.”

Despite witnessing unimaginable horrors, child refugees from the Syria Crisis still hold on to the hope of peace. What does peace look like in their world? 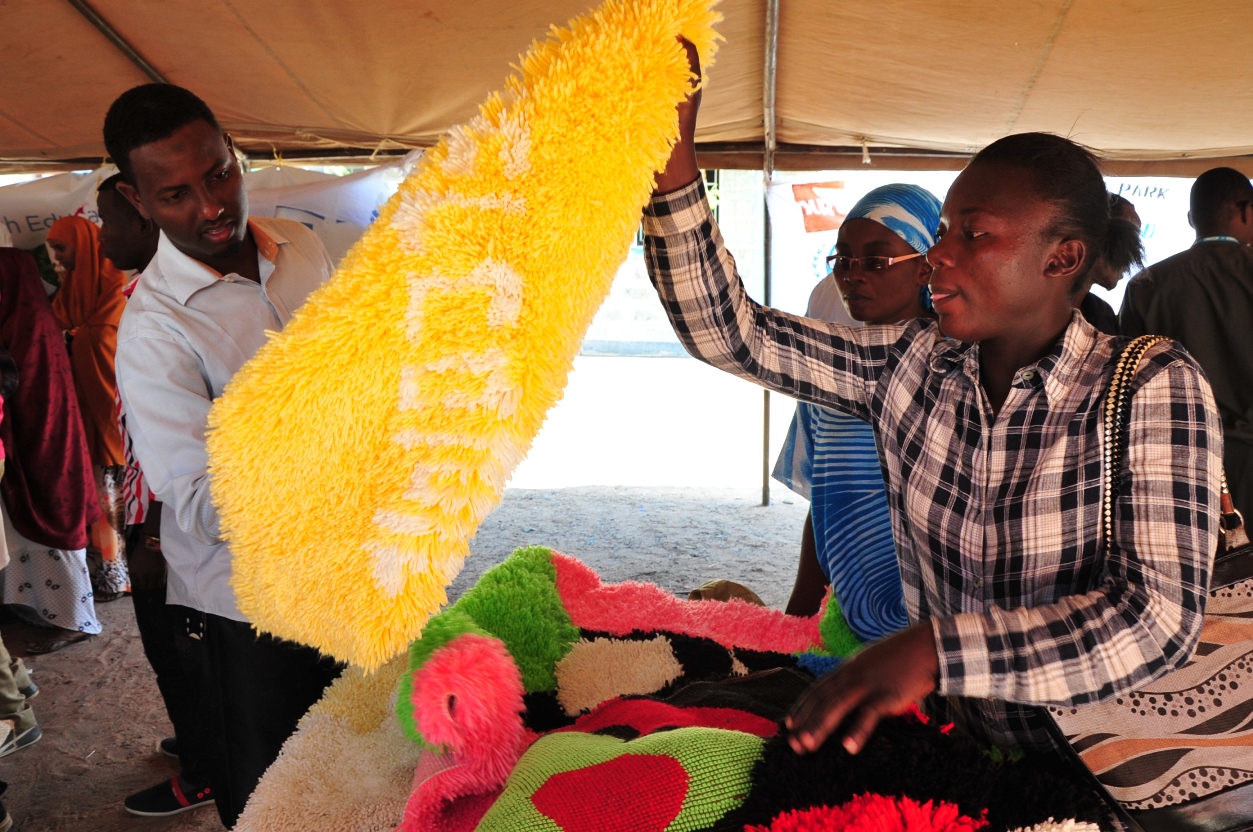 In Kenya, two tribes were in conflict for over 40 years over pasturelands and water sources. See how reconciliation was made possible through joint dialogue and the resulting common marketplace that was set up. 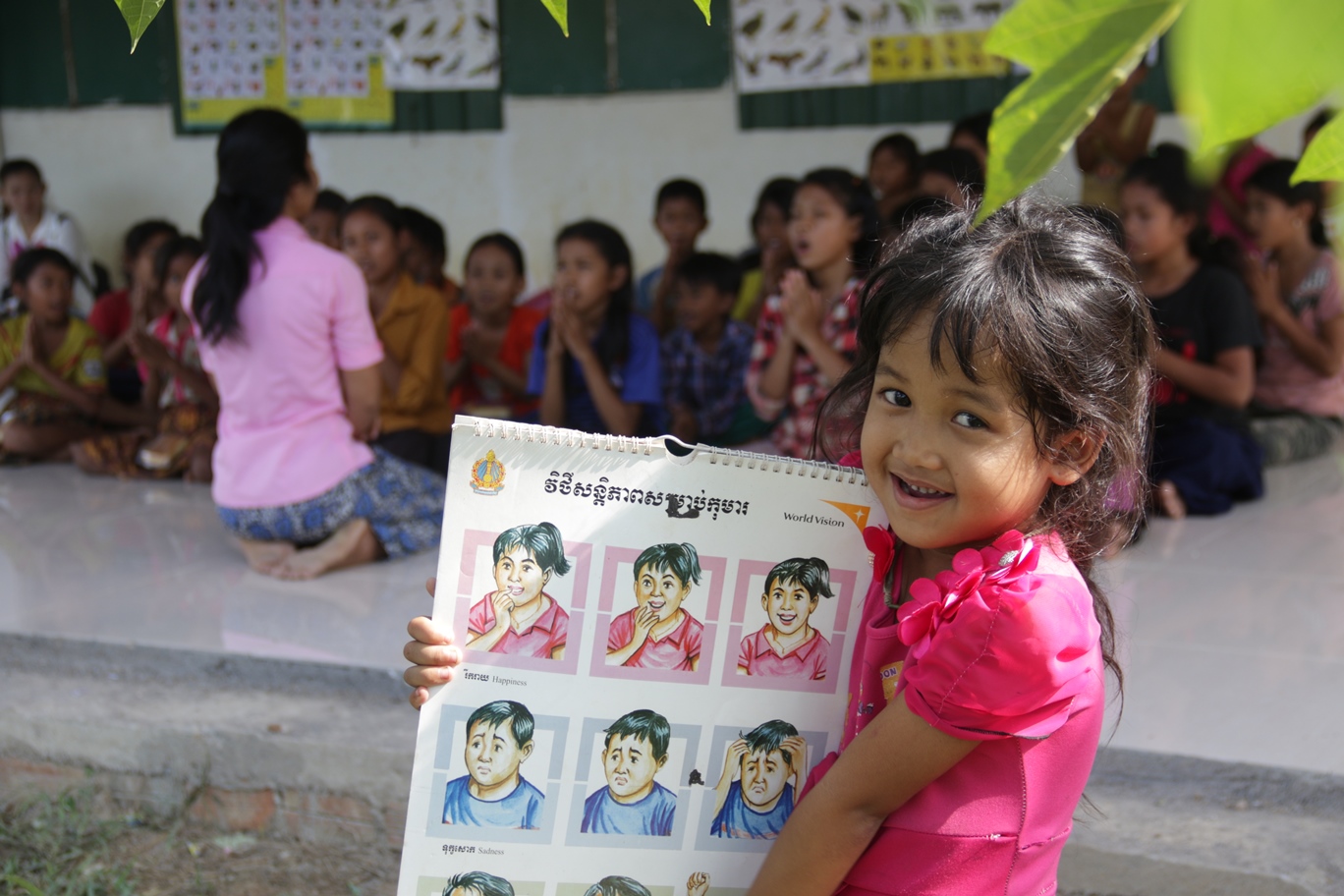 Knowing that societal change in Cambodia required a roadmap for peace, World Vision developed a Peace Road curriculum to strengthen children and youth as peacebuilders. Since 2006, this has been taught in primary and secondary schools across the country. 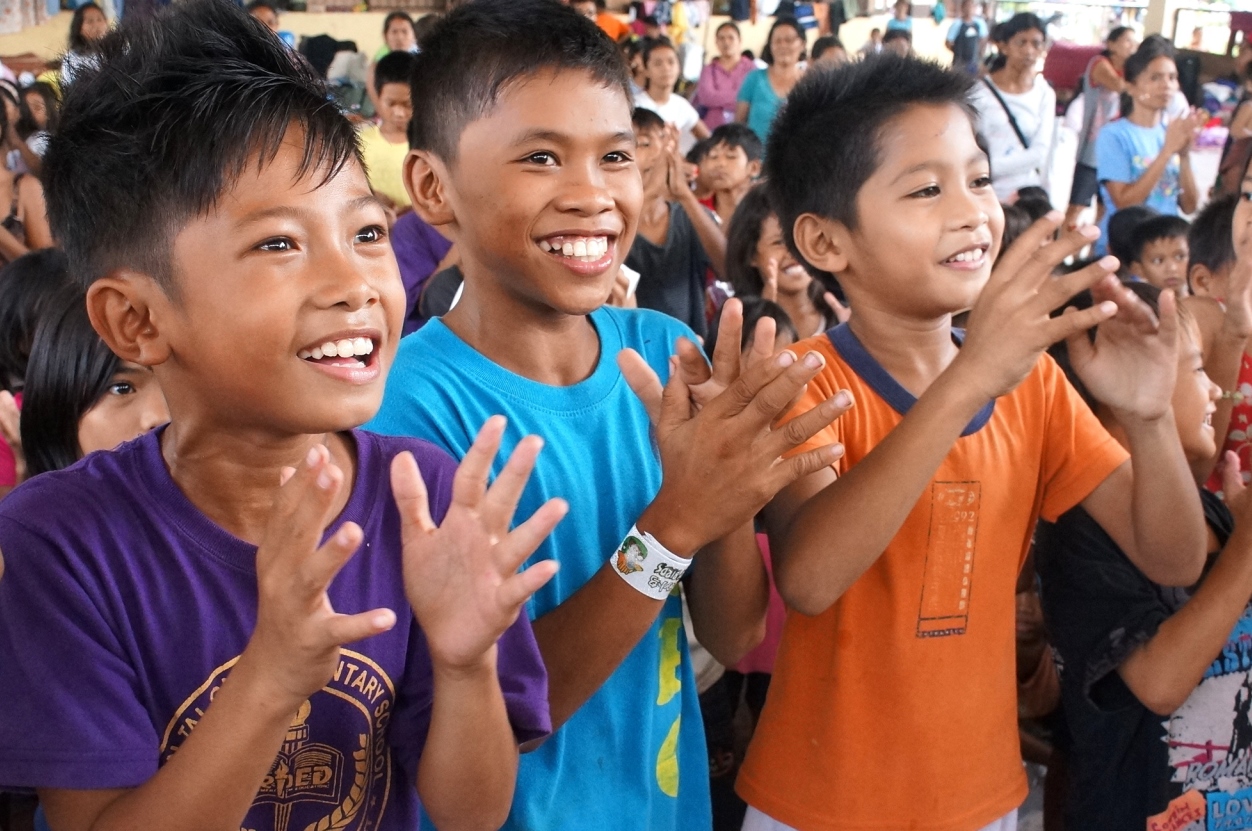 Some communities in the Philippines are divided along ethnic and religious lines. World Vision's approach to this issue was to empower children to take the lead in coming up with solutions, and be effective advocates of their own concerns and issues.

In Eldoret town in Kenya, two tribes had been in conflict for over 40 years. This was primarily due to competition for scarce pasturelands and water sources, which were essential to the food security of both communities. Things were getting increasingly worse due to an increased availability of illegal weapons and the pervasiveness of revenge as a justification for violence.

Over the course of discussion, both tribes agreed that creating a common market and increasing business ties between the two tribes were the best ways to build trust and improve channels of communication. 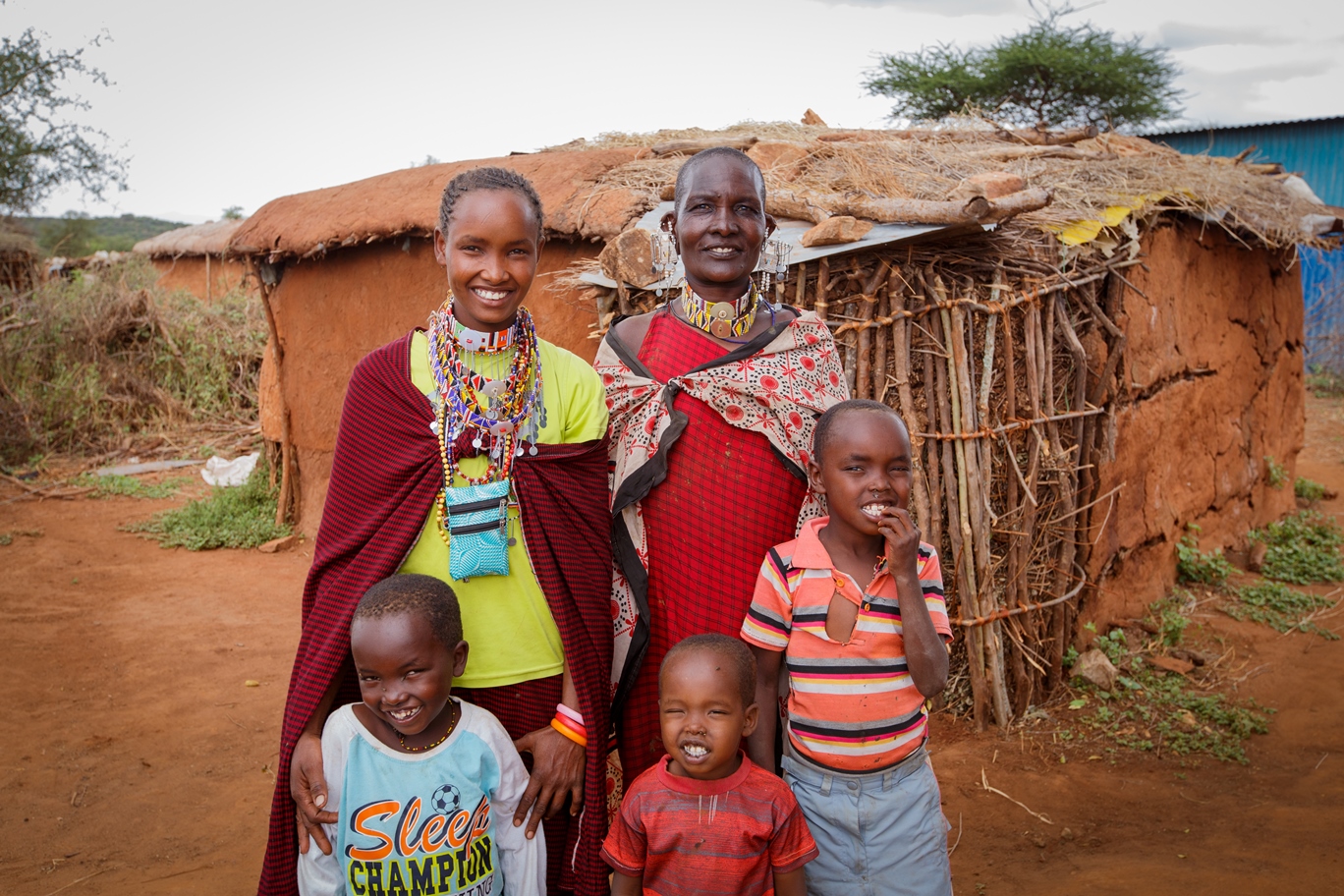 To reach this consensus, one tool used was the Soft Shoe Shuffle. Participants had equal opportunity to share their thoughts, while others could indicate whether they agreed by moving closer or further from the speaker. Among the two tribes, the voices of men and the elderly are heard and respected over the voices of women and the young. So this process helps to reduce rank differences among participants and empower women and youth to have their voices heard.

Whenever disagreements arose, those who voted against decisions were asked what they needed done, in order for them to come along with the majority decision. Asking the minority to share their views is the "deep" in Deep Democracy. Silenced minorities don't easily give up strongly held convictions, and this can contribute to tensions that build up over years and erupt in violence. In the end, the tribes discovered that the views of the minority were able to further improve the plans of the majority. One such view was to have gender balance in the local committee overseeing the joint market.

The market has since been launched and is thriving, and there is more peace in the area. Though violence still breaks out from time to time, the scale of it is nowhere near the severity of the past, and locals are also equipped with the skills and tools for Deep Democracy, which is contributing to sustainable peace. 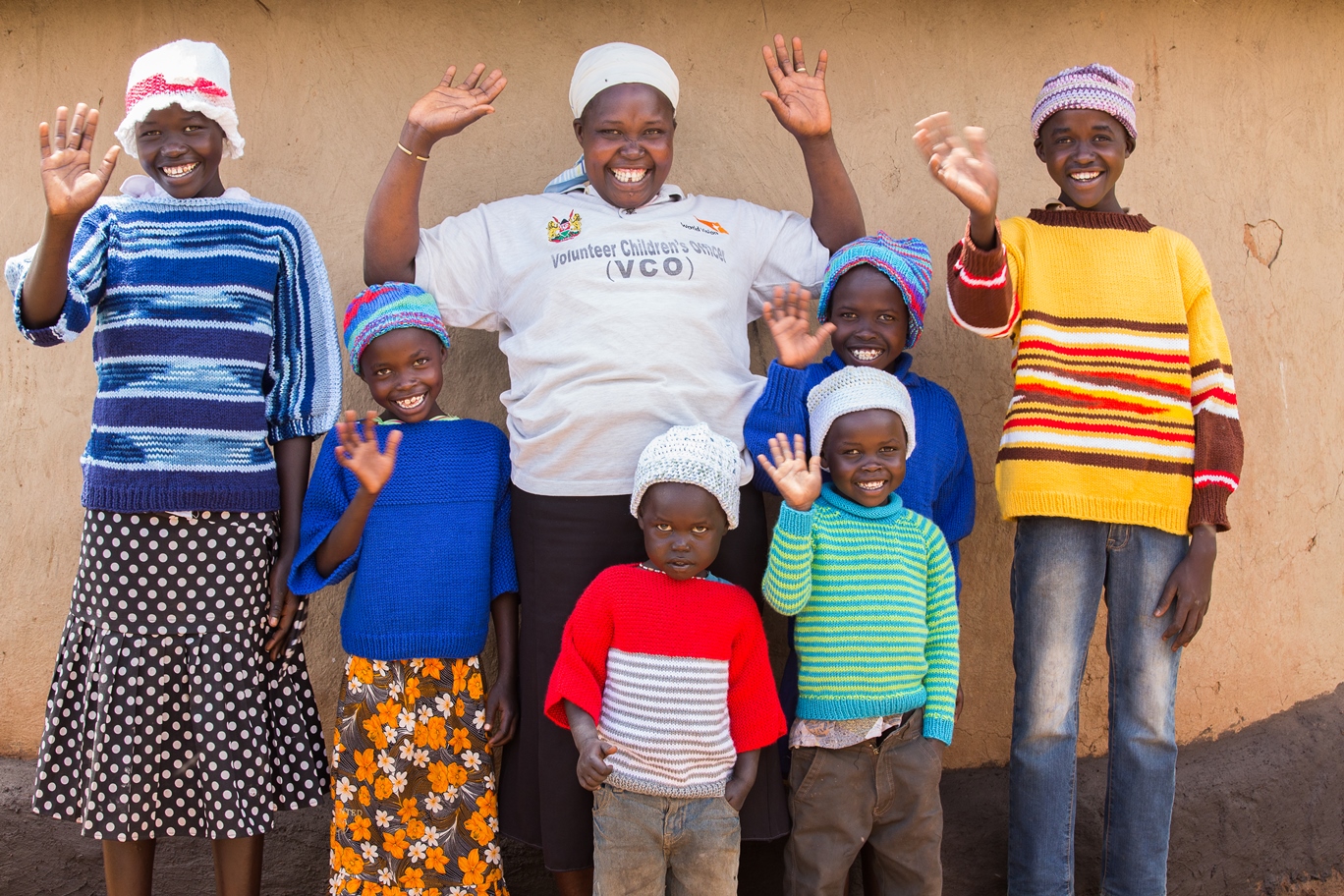 Cambodia's Pol Pot genocide left deep scars among the people. “I was so afraid of them,” says Ming Chan, now a World Vision staff worker. “Many of my friends were killed. My father died of disease. My older four siblings were killed and three of my siblings-in-law. Four of my nieces and nephews were killed. At the end, there were only three of us left, plus my mother.”

Against this historic backdrop of violence, Chan knew that lasting change had to start with kids. In 2006, World Vision helped develop a curriculum called Peace Road that was rolled out in primary and secondary schools. It included Chan’s idea to form children’s clubs. At first, the community resisted because the clubs went against tradition. 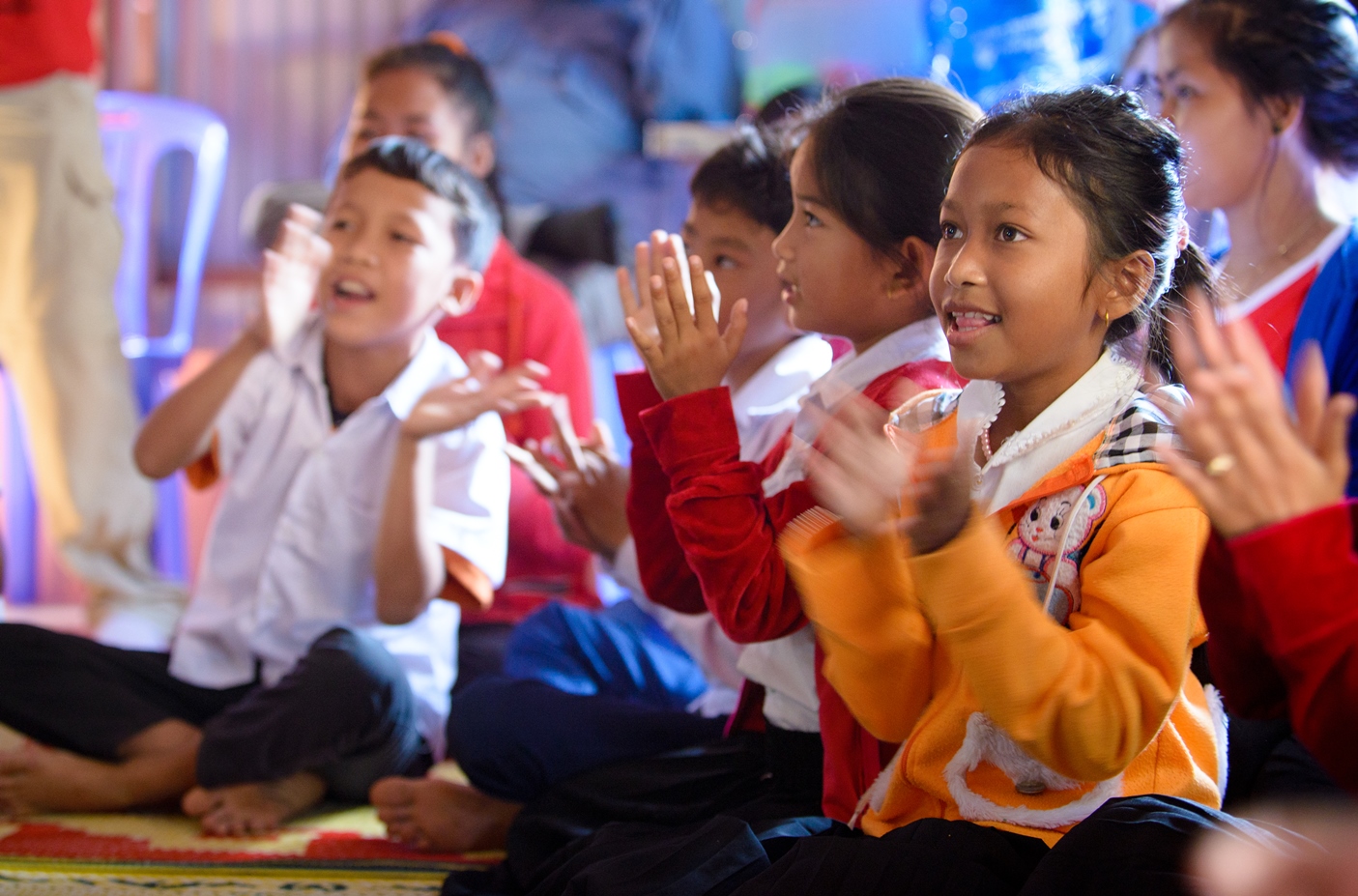 Through meetings with the parents, Chan was able to convince the community of the benefits of the clubs. By 2012, the results were astonishing: 600 children were trained on how to create a civil society — discovering their rights, learning to create lasting change, understanding that issues such as domestic violence cannot be tolerated, and helping to bring peace to their families. "There is now unity and a love for society,” says Chan.