Home › From a sponsored child to a development worker

From a sponsored child to a development worker 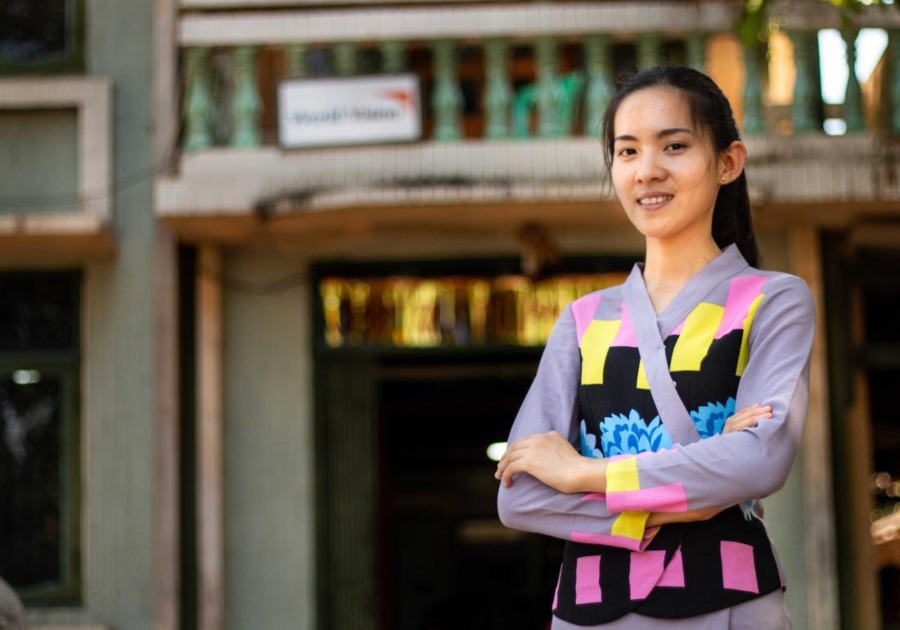 Nang, 27 years old, has been devoting her life for the well-being of children and the community with World Vision Myanmar for almost six years.

However, before she attained her role as a customer service coordinator, Nang was once a World Vision sponsored child.

“I did not know what World Vision or a sponsored child was. But I was happy to participate in sponsorship and other activities,” Nang recalls.

Growing up in a village where children tend to be involved in child labour or child marriage, Nang was among the first to interrupt the norm. Despite the various marriage requests she received, Nang remained focused on education with support from her father.

“Thanks to my father, I did not become someone’s wife at a young age. If somebody came to our house with that offer, he would drive them out,” she explained.

However, when her mother fell ill, Nang was almost forced to leave school while she was in the midst of preparing for her matriculation exam. Her family could no longer juggle both medical expenses and boarding school fees. Nang was on the verge of giving up the hopes of her life goals.

Fortunately, she didn't have to. With the scholarship programme from World Vision, Nang continued her education, passed her exams and was able to enter university.

With this milestone, Nang became the first in her village to finish high school and become a university graduate.

“Most of the children in my village drop out of school after primary level. But when the parents saw what I had achieved, they became eager to send their kids to school. More girls from the village wanted to become like me. I’m glad that I could be a good example for youths in the village,” Nang shared. 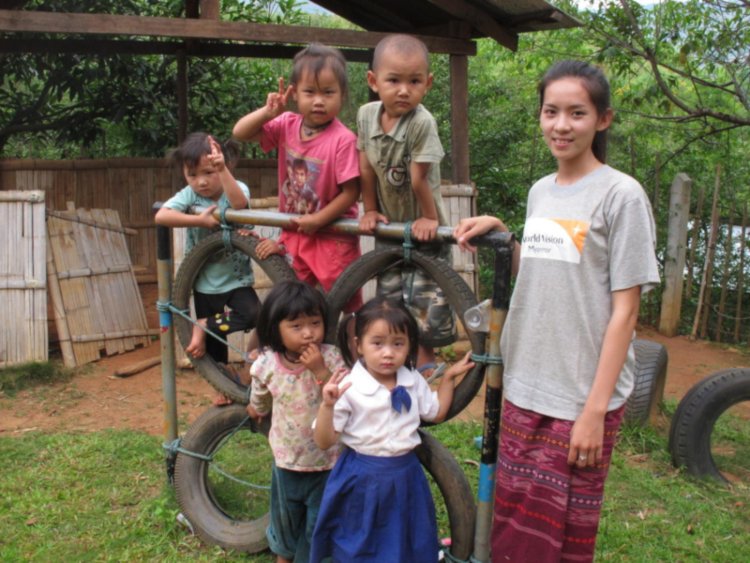 Nang, then 20 years old, with the children in her community

“After my matriculation exam, I made the decision that I want to be working for World Vision. They played a big part in helping me to achieve my dreams and, I wanted to bring changes to my people and my community [as well],” Nang continued.

“It was indeed wonderful to see the changes that World Vision brought to my village. The people in the community are now more aware of the importance and value of education. More children and youths are finishing high school and moving on to university," Nang revealed.

“If I had not become a sponsored child, I would have had to leave school and married at an early age like others. I would like to tell sponsors and donors that they might think this is a small contribution, but it does bring a change to a child’s life and the community. I wouldn’t be here today if it was not for the sponsorship program.”

When you sponsor a child, you can help children like Nang achieve their dreams.