Home › Sold and Exploited: Of Slavery and Abuse

Sold and Exploited: Of Slavery and Abuse

Every year, 1.2 million children are trafficked. More than two-thirds of these exploited children are girls. This is Hnin's story: 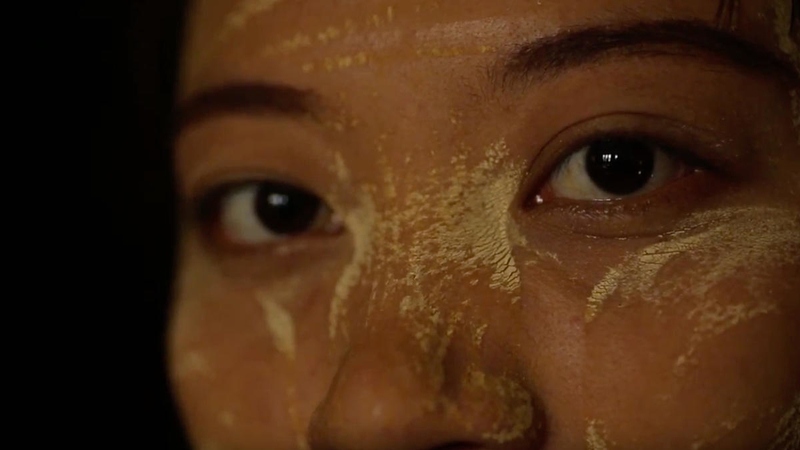 My parents left for the city when I was a little girl. They didn’t go far, but it might as well have been to another world. They moved to Yangon with my siblings and left me in the village to care for my grandma. Just before I turned 13, we visited my family in Yangon. When it was time to leave, I stayed behind, hiding from my grandma. While hiding, I spotted a familiar-looking man and asked him to accompany me to the market. He asked me what I was buying, and I told him the truth, that I was broke and wanted to avoid returning to my village.

He told me to follow him, and we were married before I reached puberty. By 16, I had given birth twice and the marriage soon turned sour. He stopped working and started drinking. I took any job I could to support my children but never stayed at one for long. Eventually, I moved back with my parents without my husband or kids. To visit my children, I had to set up secret meetings at a house near my mother-in-law's place.

The lady in the house, who I had come to know, told me there were plenty of jobs in China, and they paid well because of the currency difference. She was about to head there with her daughter and invited me along. "You can have a look and make up your own mind," she said. I'd seen China in a movie once, and it was magnificent.

Since I was curious and she offered to pay for my expenses, I joined her without informing my parents.

We arrived at the Chinese border in the morning and took a motorbike taxi through the small roads. The lady and her daughter crossed the border legally, but I snuck through a hole of a diner with the help of a Myanmar-Chinese couple because I didn't have documentation. The lady went shopping with her daughter and as I didn’t have a passport, I had to wait until they returned to go back to Yangon. However, they didn’t return and the couple told me to get into their van.

We drove for hours along the winding mountain roads when I heard the couple talking on the phone about money. It was then when I realised I had been sold. Immediately, I started thinking about escaping. The opportunity arose when we stopped for food. The couple left me in the van, so I climbed out of the window. 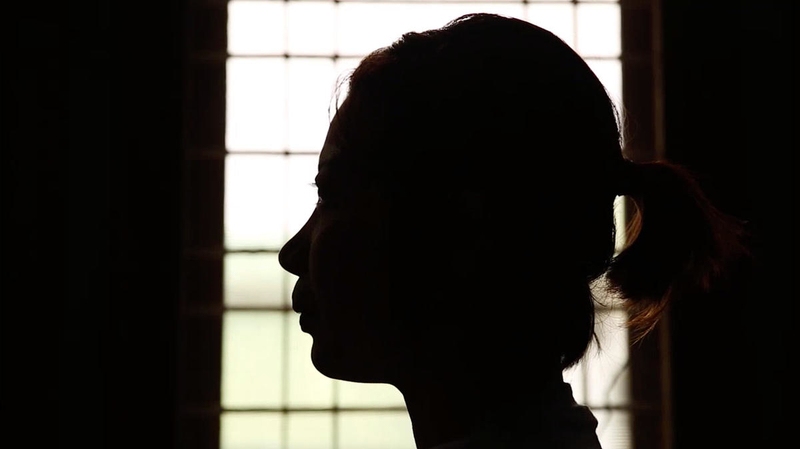 It was too dark to head into the woods, so I ran down the road thinking I’d reach a turnoff. But the roads were endless and before long, they caught up with me. They threatened to kill me if I tried to escape again. But, that made me try harder. My second attempt was through the window again. However, I didn’t notice the man who stayed behind to work on the van.

He struck me with a rod, yet, I didn’t feel a thing. I only heard my arm crack.

We got back into the van and continued the journey. By now, the couple was growing tired with my attempts to escape that interrupted their sleep. Soon enough, they let down their guard and I snuck out of the van again. This time, I ran blindly into the woods. I lived off anything I found along the road – including discarded watermelons and half-empty water bottles. Unfortunately, I got my period as well. Gradually, my arm swelled up and developed dark bruises. After three days, the pain grew unbearable and I cried out loudly, praying for help.

At that moment, a woman arrived on a scooter. She asked me in Burmese, if I was from Myanmar. I couldn't believe it, someone who spoke my language! She didn't know many words but gestured that she would help. I followed her back and cleaned up. I was so happy, I regarded her as my sister. However, the next day, a Chinese couple showed up and I realised that I'd been sold again. I couldn't stop crying.

For the next three years, I was enslaved to this family. The Chinese couple married me to their son. But I wasn't treated as a wife and this was not a marriage. After three days, I was brought to their pig farm, where they locked me in a room of onions. I was in a lot of pain with a bone protruding out of my twisted arm. In efforts to heal, I placed my arm on a chair, pushed and pulled it then bandaged it with strips of an onion bag.

After four or five months, when I had somewhat recovered, they put me to work. My job was to pull piglets from the sow. This was easier on older pigs than the younger ones. Sometimes the piglets’ leg, tail or head would fall off. As punishment, I wouldn’t be fed, despite only receiving a bowl of liquid flour and a mustard dumpling once a day. I lost so much weight that my eyes were sunken and it hurt each time I sat down.

Every night I had to sleep with my husband, however, I didn't get pregnant and was forced to sleep with about ten others, including my husband's brother, cousins, and father. When I still didn't get pregnant, they brought in doctors, who gave me herbal soups. Eventually, they examined me and found the contraceptive sponge that my mother-in-law in Myanmar had inserted. To remove it, they constantly injected herbal medicine into my uterus.

It hurts to this day.

Escaping was constantly on my mind. But the building was in the middle of a field with guards working in shifts, locked doors, high walls and CCTV. To keep me entertained, the family gave me a mobile phone. With the help of an employee, I managed to get a SIM-card and contacted the Myanmar police. However, I was told that I was too far away for them to rescue me. I felt hopeless and thought this was the way my life would end.

One day, there was a ceremony with plentiful food – I was even given some snacks. After my shift and a shower, I was walking down the corridor when I realised that all the doors were open. My heart leapt, my hands trembled and I was sweating. I went to the dining room and looked through the window, only to see the door to the compound open with no one in sight. It felt like a dream. 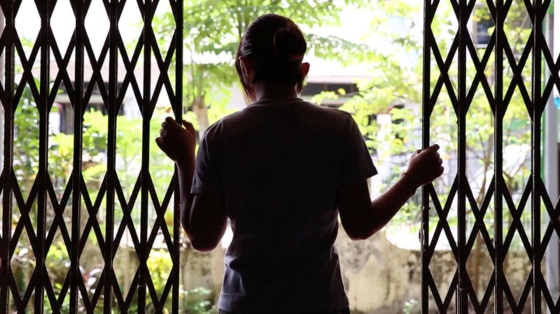 Because of the CCTV, I didn't dare to run. Instead, I walked out slowly, and pretended to be engrossed with my phone. When I reached the parking lot, I glanced around and saw a scooter with keys in the ignition. I approached it, with my eyes still glued to the screen. Slowly, I moved one leg over the seat, put the phone over the ignition and turned the key. The engine started, and I sped off.

I suddenly saw that all the doors were open. My heart started leaping.

I had never driven a scooter before, I slid and scraped my knees but I didn't dare look back. I reached the main road and saw a car approaching, I panicked and jumped off the scooter, crashing it to the side of the road. A man jumped out of the car and cursed me. But he gave me a ride and dropped me off at the nearest town. He pointed to the Chinese flag in his car, so, I went to all the buildings with the flag and located the police station.

They looked at my phone and the next thing I knew, my owners arrived. I started crying and pleading, grabbing hold of the officer’s trousers. One of them believed me while the other wanted to hand me back. But when he saw my injured arm, he changed his mind. They sent the family away and called for a Burmese interpreter.

I started crying and pleading. I even grabbed hold of one of the officer's trousers.

I spent the next four months in prison, washing clothes and bed-lines, trying to stay in the good books of the policemen in hopes of going home. Eventually, a Myanmar police major came to pick me up. He brought me to the border town, where I stayed for a month to recover.

I hope that by sharing my story, it serves as a lesson to not trust people readily. My dream now is for my children to create their own future, with pleasant experiences unlike mine.

Hnin was able to testify in court and bring the traffickers to justice. She was also able to reintegrate into the community and start a small business for herself - all of which was possible with your support in World Vision's sponsorship programme.

A true survivor, Hnin and World Vision continue to raise awareness of human trafficking with her story, hoping to reach the hundreds of thousands of women and girls that fall victim to this nightmare.

World Vision continues to defend the rights of the world’s most vulnerable people, including survivors of slavery. You can create change for someone like Hnin by sponsoring a child today!