This year marks seven years since violence erupted in Syria. Since then, more than 5.5 million Syrians have fled the country, and half of them are children. Another six million have left their homes in search of safer spaces in Syria. More than 13 million people are in need of humanitarian assistance inside Syria.

While the survival of Syria’s children is and should be everyone’s priority, we need to go beyond just keeping them alive and ensure they are able to lead happy, healthy and productive lives. World Vision values them as whole people, with hopes, fears, personalities and unique gifts. Thus, this year, we partnered with Contrast VR, to train seven young people living in Jordan's Za'atari Refugee Camp, to share their stories using Samsung 360 cameras. Here is Marah’s story. 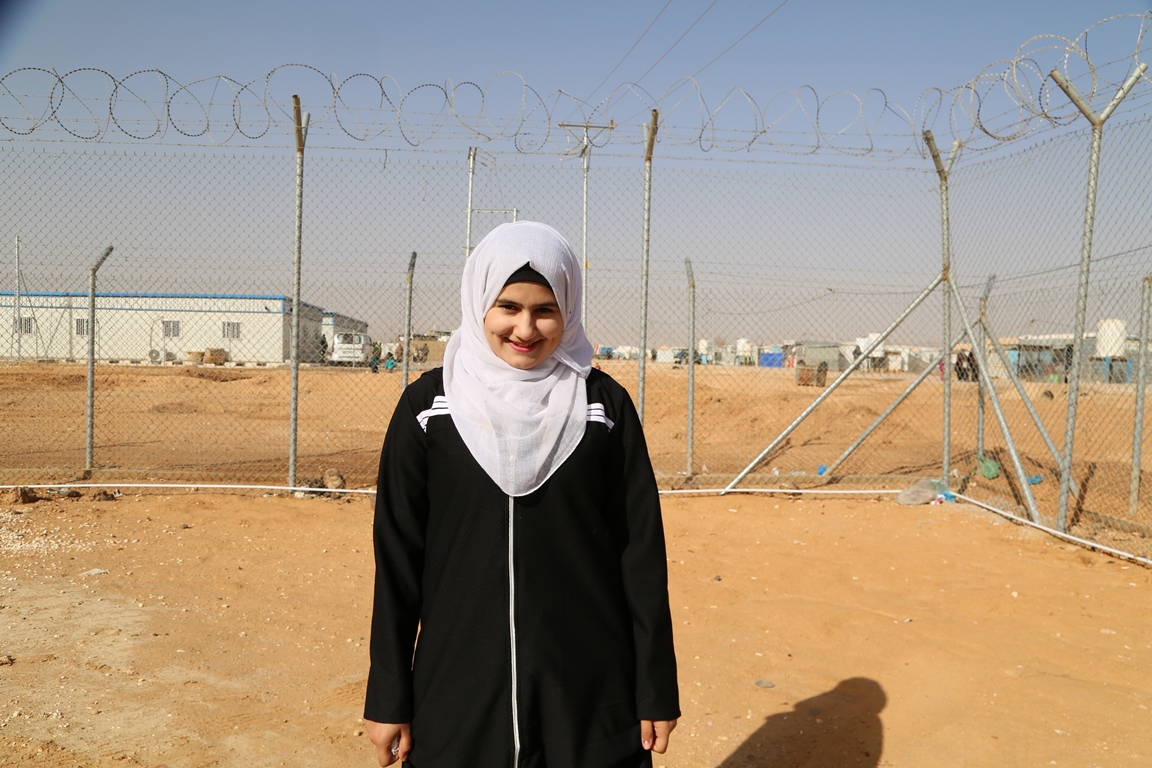 Marah is a powerhouse within Za’atari Refugee Camp. The 18-year-old is married with a child but, unlike most Syrian women in her position, she is learning new languages, taking photography classes and is a huge advocate for educating girls.

When she was living in Syria, she had to drop out of school because it was too dangerous. Her family then moved to Jordan in 2013.

“When we came here, life was difficult,” she says as she walks on a muddy road, towards the caravan she now calls home. For the first six months of living at the camp, she felt like a “stranger” and barely went outside. Even though many Syrians have fled from the country and escaped the war, they are still suffering from daily stressors of being displaced.

Marah considers herself lucky. In times of crisis, girls are 2.5 times more likely to be out of school than boys. And when girls are out of school, they are more vulnerable to violence, discrimination and exploitation.

Her favourite classes were English and photography. “I started gaining more confidence,” she says, which encouraged her to meet more people within the camp, and one of them became her husband.

After they were married, she was worried that he would not support her in continuing her education. However, as soon as he saw her accomplishments, he insisted that she followed her passion.

She adds that this type of support is rare in the camp, which is why she feels the need to advocate for girls who may doubt themselves.

“I want to tell every girl from the Arab world, not to stop her dreams even if she is married, to work towards making her dream come true regardless of the obstacles.

Explore Marah's world through her 360 video below, and see how she is realising her dreams despite the challenges.