Home › Looking Beyond their Own: Spreading Love to Children in Need

Looking Beyond their Own: Spreading Love to Children in Need 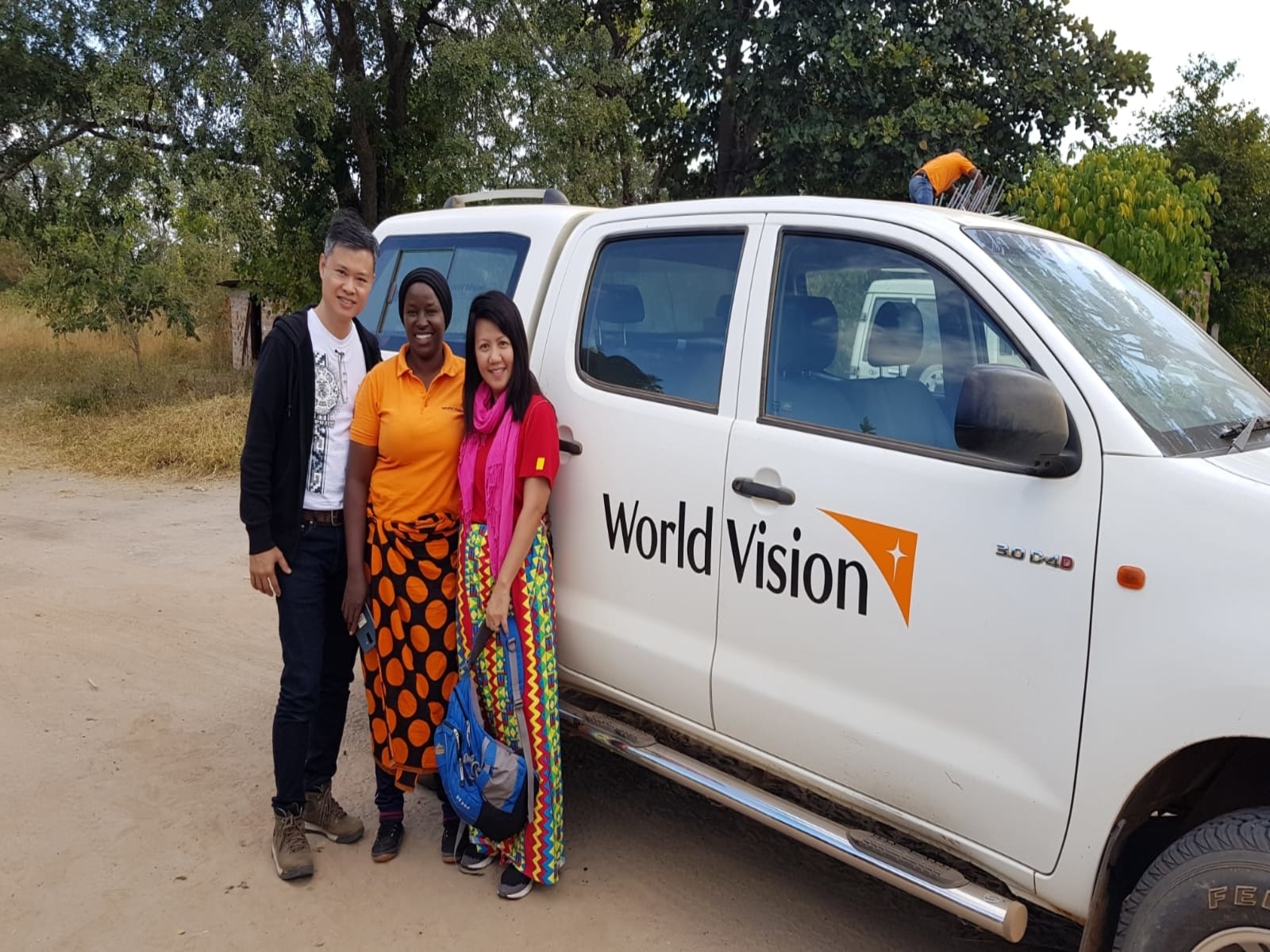 A child sponsor 18 years ago while living in the United Kingdom, Sharon had to press pause on her journey when she returned to Singapore. Yet, the desire to sponsor children never faded a desire that pushed her to resume her sponsorship journey about three years ago, after her own children turned 18.

Currently a sponsor of three, Sharon first began her journey with World Vision Singapore with Luse, a Zambian child, and in June 2019, both she and her husband, Wee Leong, joined World Vision on a child sponsorship trip to Musosolokwe, Zambia.

However, since it was the couple’s first trip with World Vision Singapore and to Zambia, they did not know what to expect, especially when it came to meeting Luse, Sharon’s sponsored child. 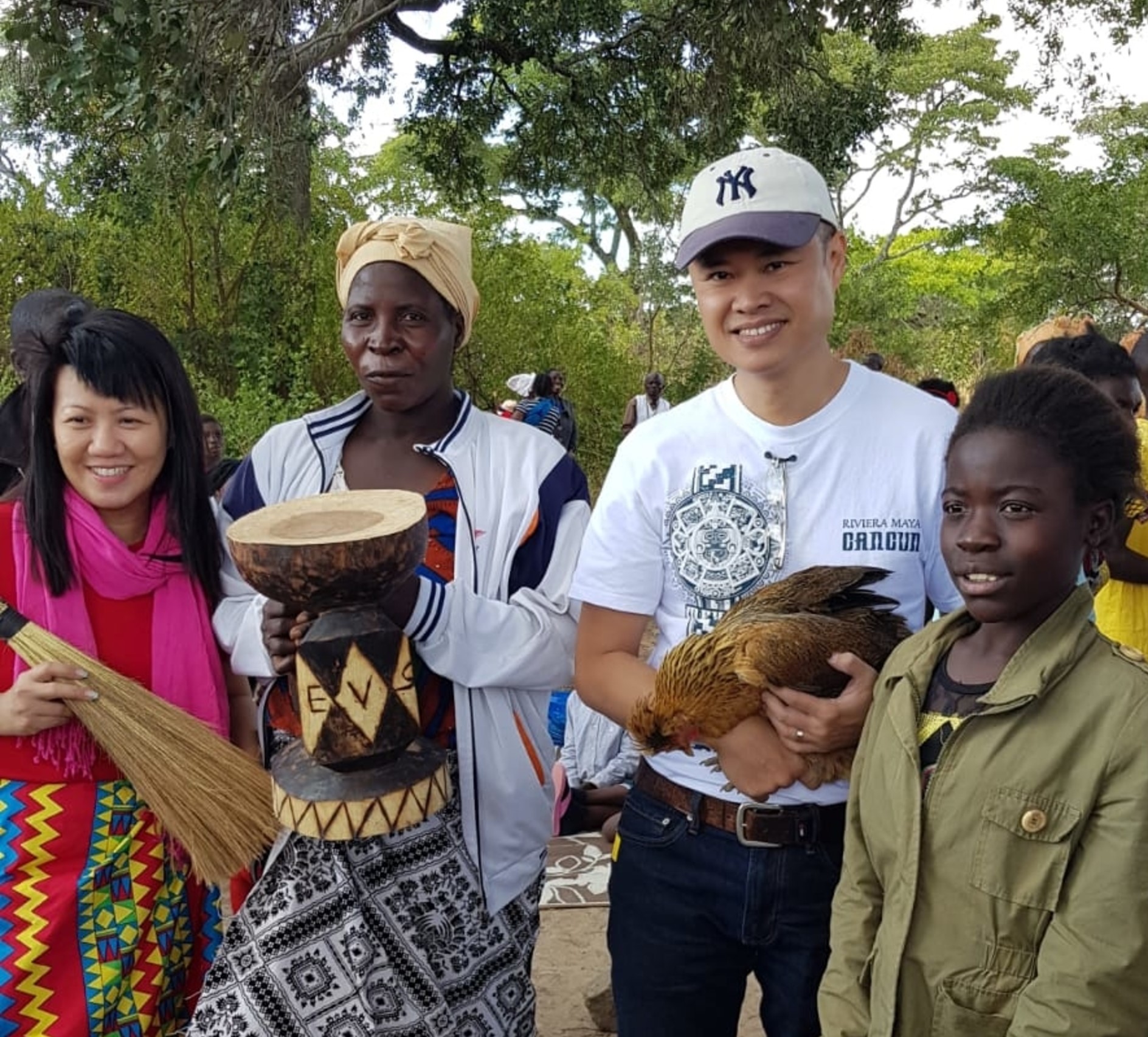 “When I first met the child and mother, they came with a chicken and a stool,” Sharon recalled, her shock still evident.

Through an interpreter, the couple realized that Luse and her mother meant for these items, including the chicken, as gifts. As the staff explained that it would be rude to decline, the couple graciously accepted the items with the help of the staff.

It was during this face to face interaction that the couple learnt that Luse just lost her father and with winter approaching, the family would have a tougher road ahead of them. Prompted to do more for her, Sharon, with assistance from World Vision staff, decided to purchase blankets for Luse and her family.

A simple gift that left the girl sobbing and the couple confused.

“It was only later that the World Vision staff told me that she (Luse) had never felt so loved before,” recalled Sharon.

It was also later in the day that Sharon and Wee Leong were informed of the significance of being gifted a chicken. According to the staff, it was a gift that signified the highest of honours, an honour that was said to be shown to presidents and one that left them both feeling undeserving of.

“My little bit of money went a long way, more than I thought that it would,” realised Sharon.

From reluctance to realisation

While Sharon picked up her sponsorship journey from where she left off in the UK, Wee Leong’s only began after their eye-opening trip to Zambia.

“The trip there changed my mind, seeing the conditions that the people were living in compared with what we have here, we compare them to our kids and realize how privileged our children are, and we thought maybe it’s time for us to do something,” shared Wee Leong.

While meeting Luse, was one of the high points of the trip, for Wee Leong the chance to have a first-hand understanding of the programme's impact and struggles that the locals faced was just as significant. It was on this trip that he could fully understand their plight and the harsh realities these families are forced to endure on the daily. 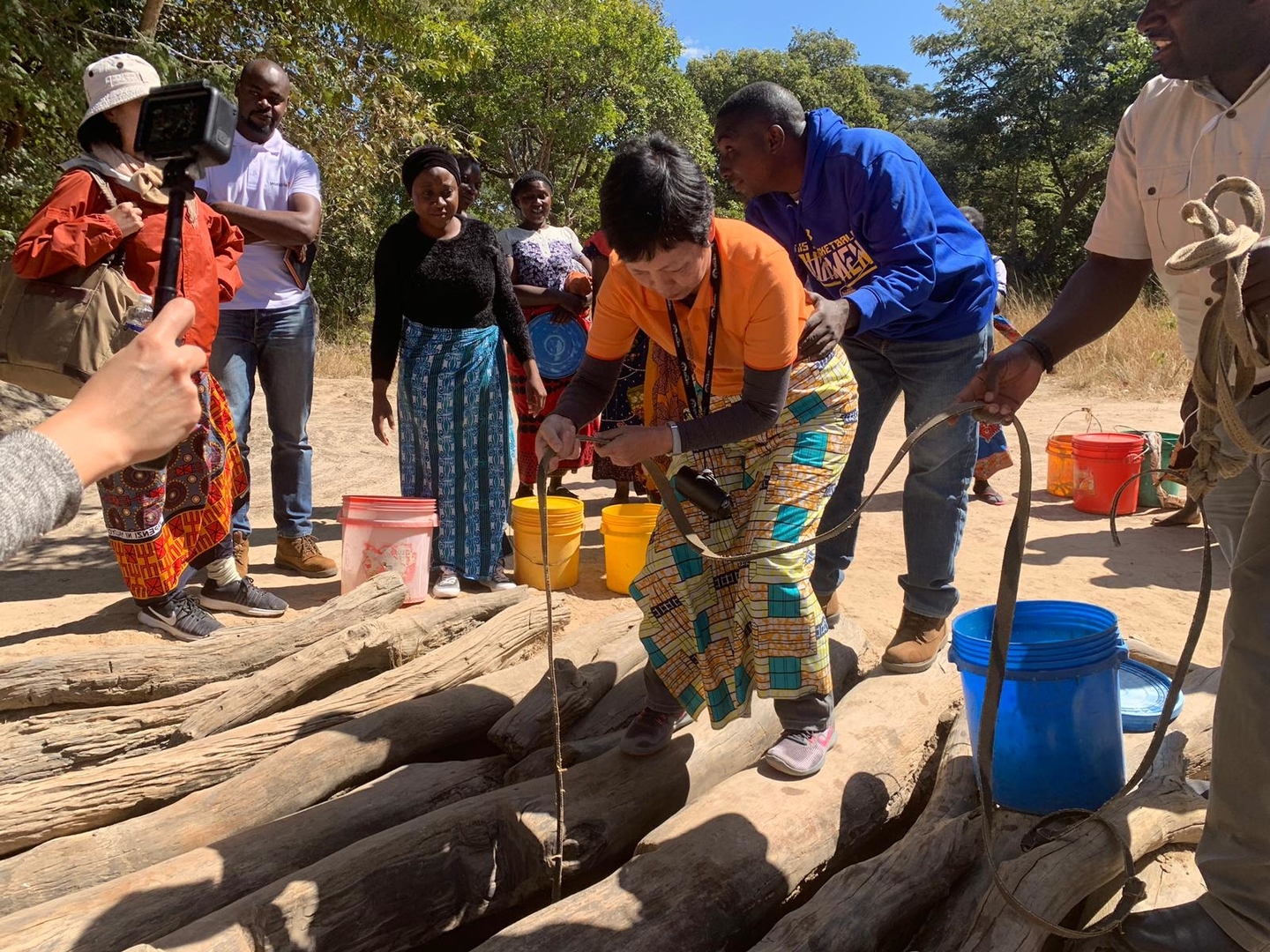 A World Vision Singapore tripper trying to fetch water at the local well.

“One story that really stuck with us was about a girl that fell into a well while trying to collect water. That disturbed us quite a bit and, in the end, the entire team (of trippers) decided to sponsor the drilling of a borehole [in that village],” explained Sharon.

What started as a trip to simply accompany his wife, Wee Leong returned with a new perspective on child sponsorship.

Returning from this trip, the Wee Leong took on a sponsored child of his own while Sharon decided to widen her family of sponsored children with two more girls from Ethiopia.

“I felt that I should sponsor them (the children in Ethiopia) because they are not young anymore. By 18 years old, they will exit the programme. So, I catch them before they exit [the programme] and give them a chance at a better life,” explained Sharon.

Not stopping there, Sharon is also passionate about sharing her story and encouraging as many of her friends to embark on this journey as a World Vision sponsor as well!