On 19-22 March 2018, four representatives from Singapore Youth For Christ (SYFC) travelled to Thailand to visit World Vision’s Area Development Programme (ADP) in Mae Taeng District in northern Chiang Mai. They were introduced to the child protection initiatives carried out by a local Church-School-Community Network facilitated by World Vision, and generously shared encouragement and prayer with the church leaders, youth and families whom they met. 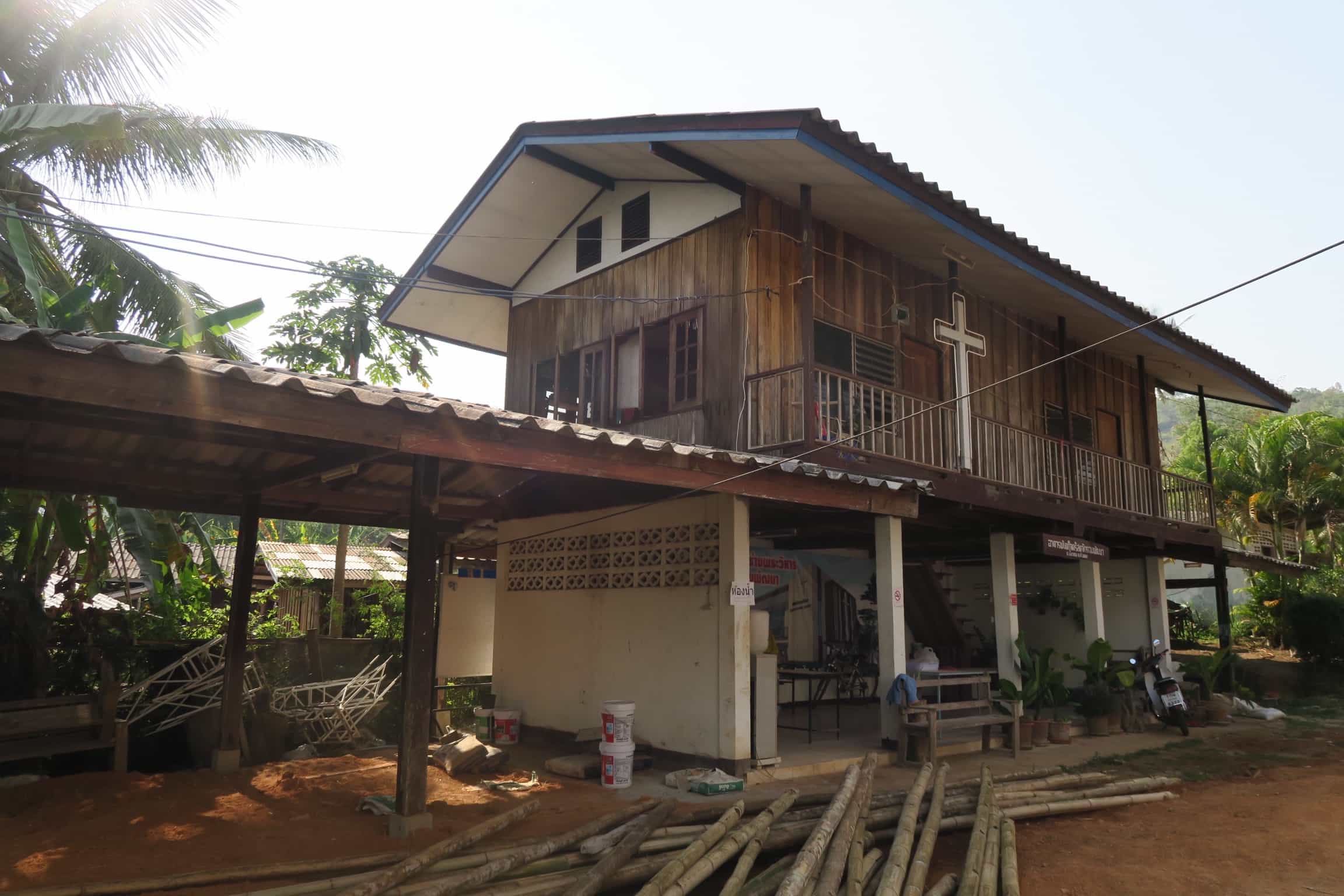 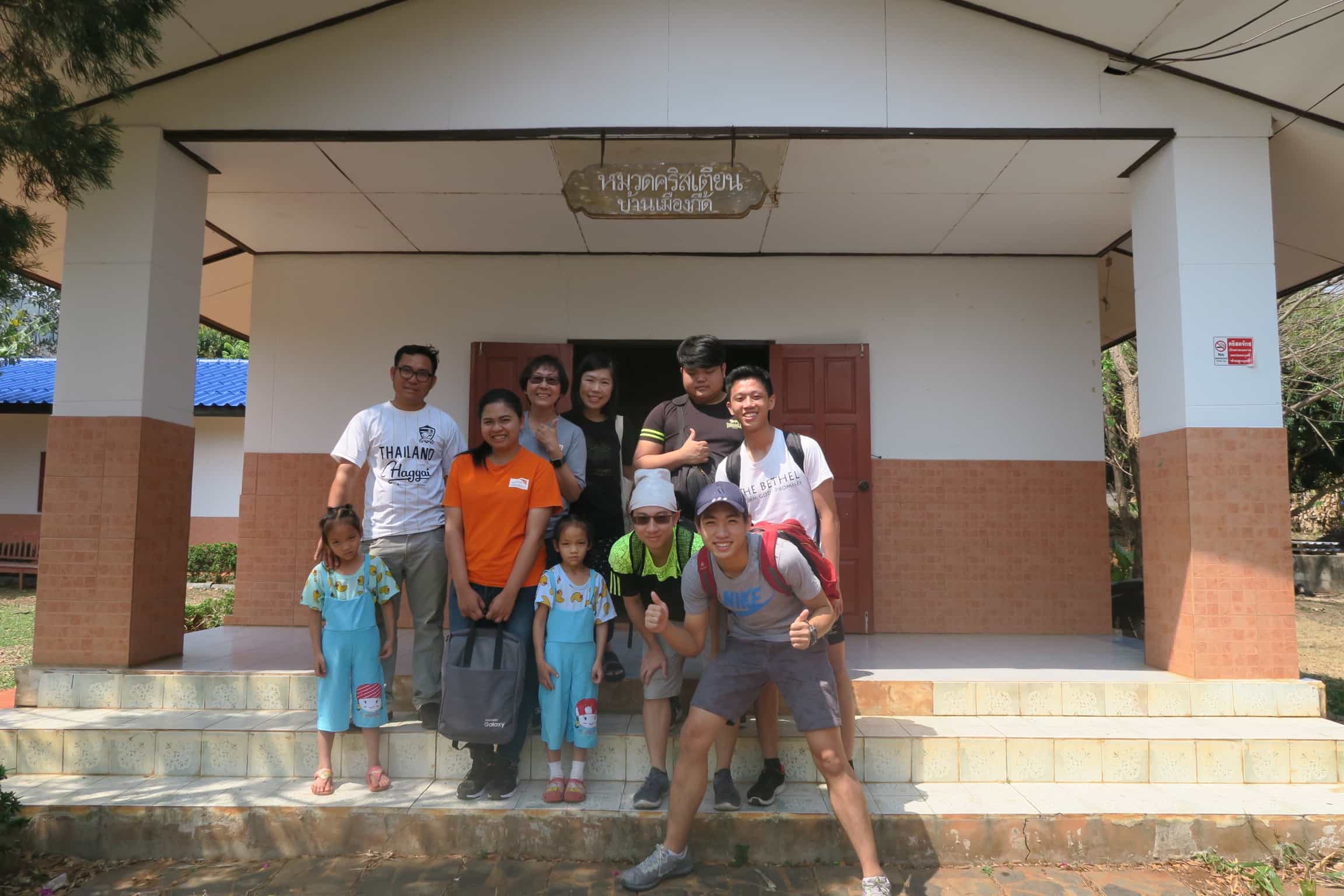 The trip included visits to churches in Mae Taeng that have been World Vision's community partners in child protection.

The majority of the population in Mae Taeng ADP consists of people from the Akha, Mong, Karen, Lua, Shan, and Lahu hill tribes. They live alongside indigenous Thai people, as well as migrants who venture over the border from Myanmar in the north in search of work. Their primary occupations have included work as manual labourers, farmers and gardeners. Many of them are very poor.

In addition to the economic pressures they experience, local children and adolescents have become vulnerable to damaging influences and lifestyle habits, which have threatened to erode the social and moral fabric of the local community. There are young people who have succumbed to addictions to amphetamine, alcohol and cigarettes, which are frequently smuggled across the border from Myanmar. Young drug addicts already grappling with poverty have also been misled by false promises of lucrative gains into drug trafficking. With the lack of sexuality education at home and in school, many female adolescents have had unplanned pregnancies, a phenomenon which has contributed to a broader trend of children dropping out of school, and the spread of HIV among youth. A growing culture of violence has also prompted urgent attention. Children are vulnerable to domestic violence or neglect, as well as sexual abuse. Some of them have been pulled out of school and drawn into physically strenuous forms of labour. Aggressive behaviour and delinquency among youth have been increasingly observed. The number of children in need of emergency care, either due to the death of their parents or because of their incarceration for drug-related crimes, has been rising as well. 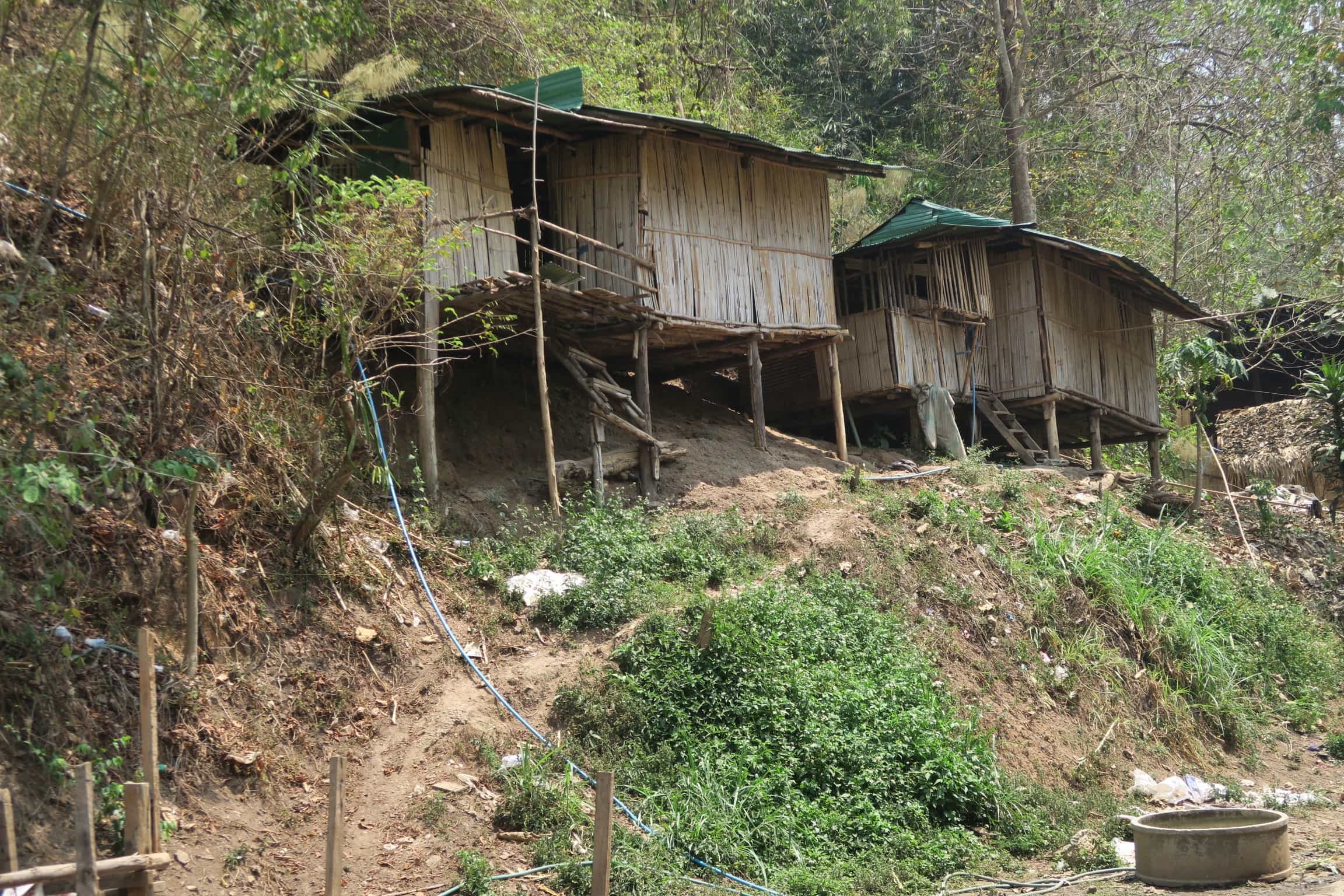 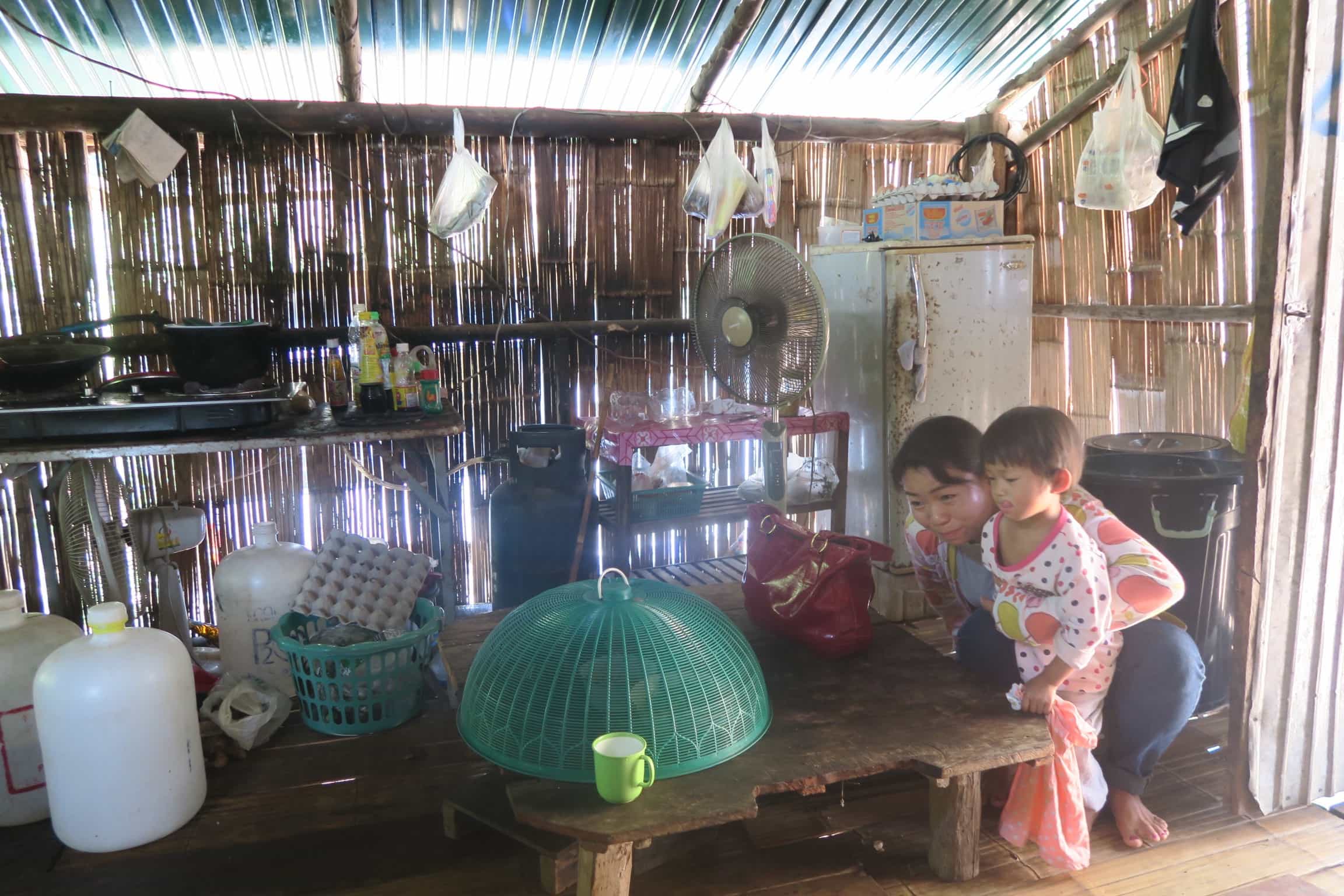 To address these issues, World Vision has collaborated with local churches, schools, village leaders, community volunteers and government agencies in Mae Taeng ADP to undertake fact-finding, preventive, risk reduction and rehabilitative work to protect and heal children and youth (particularly those aged 9-15 years) from the effects of violence, abuse, exploitation and self-destructive behaviour. Home visits have been initiated to monitor the well-being of vulnerable children. The resources and child protection capabilities of a sub-district One Stop Crisis Centre, which is run by the government and helps children and women who are victims of violence and sexual abuse, have been improved, and advocacy efforts have raised awareness of the centre’s referral process for cases of abuse in the local community.

In addition, church pastoral staff have been empowered to contribute to child rights advocacy as well as the spiritual nurture of children and youth. Their churches have served as settings for families and young people from different backgrounds to attend meetings and public education sessions on child rights, child care, and recognising the signs of child abuse. Young people have also come together at these churches for a range of engagement events – many of them increasingly youth-led – which inculcate life skills and offer wholesome alternatives to harmful activities that have sadly come to characterise the social lives of many local youth. These events comprise sports, music, baking, cooking, handicraft workshops and exhibitions, peer support groups, and camps (some tailored specifically for youth, others involving entire families). Besides facilitating these activities, church leaders have been equipped to serve as mentors to children and youth, and to create environments in which young people and their family members can feel comfortable exploring the Christian faith and learning how biblical values underpin safe and loving family and community settings. 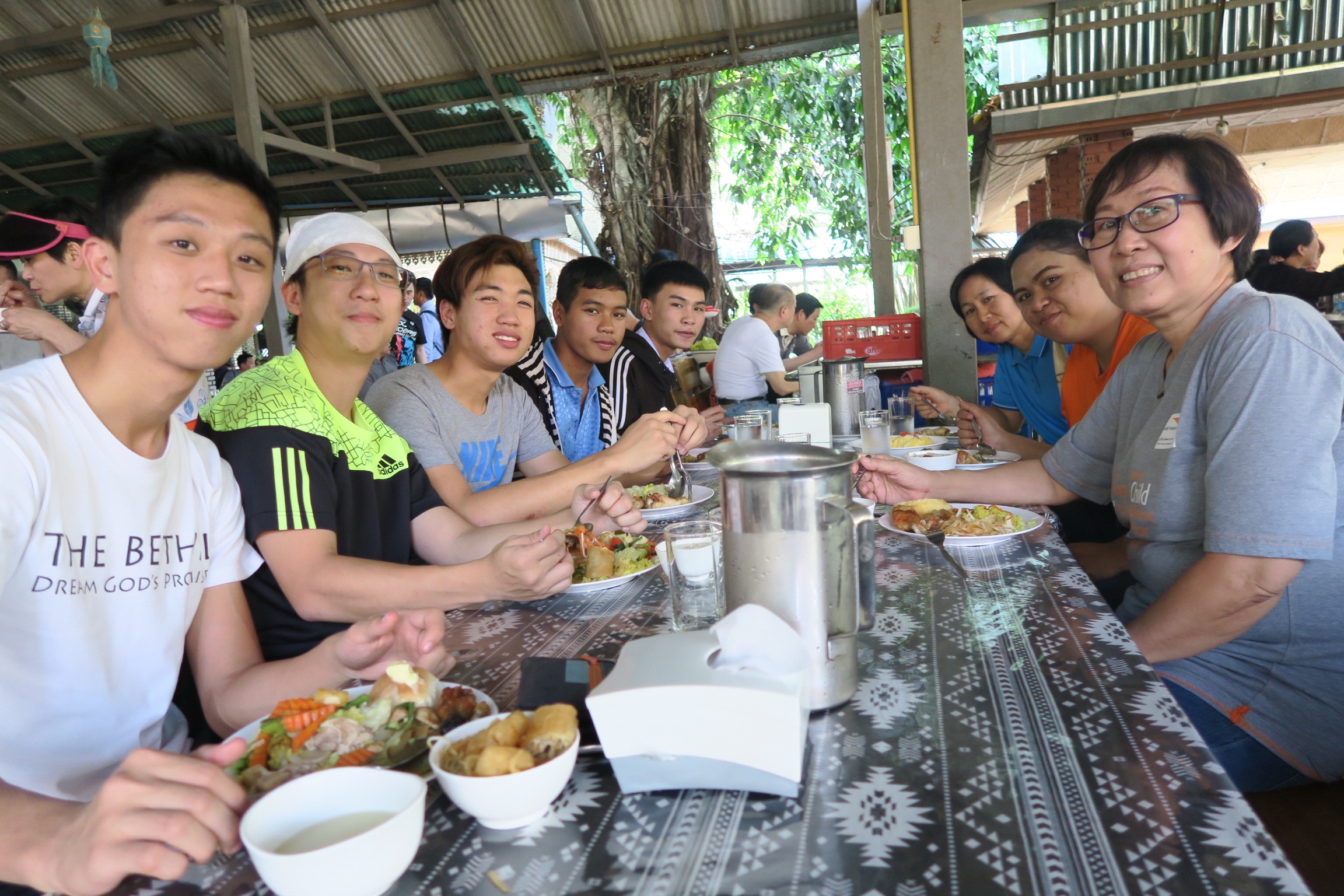 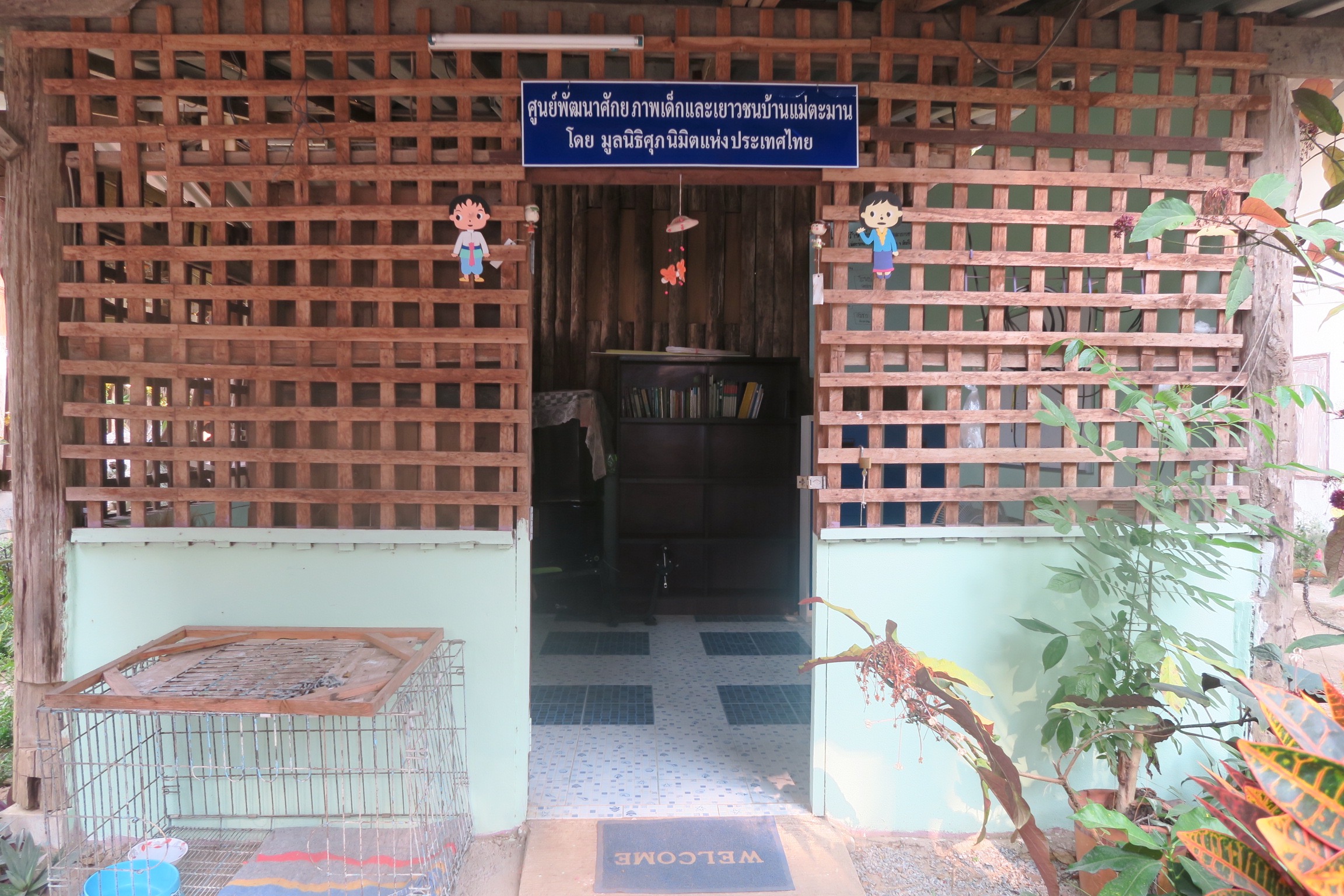 On the left: A time of fellowship with local youth; On the right: A World Vision youth development centre that doubles as a child protection space.

Here the team from SYFC shares its reflections on the visit to Mae Taeng ADP. The trip included visits to three churches in the child protection network, interacting with students who had been trained to assume roles in local child protection advocacy, participating in a community-led cultural carnival (organised in support of sub-district initiatives for the protection of children and youth), and opportunities to share the Gospel through the teaching of songs, the performance of skits, and handicraft activities.

1. Describe the different groups of people you met and the activities you engaged in with them.

In the trip, we toured at least three villages and met up with youth and some families. Activities we prepared for included workshops to teach percussion skills and a song, as well as handicraft skills for making a gift. For a particular group we planned a time of sports and taught them a new sport too! We also volunteered to help with some food stalls in a community fundraising carnival. There was some time for games with local youth during the carnival, and we presented a song item with actions to go along.

In visiting some of the families and the pastors in their respective churches, we took time to hear their stories and to pray for them. 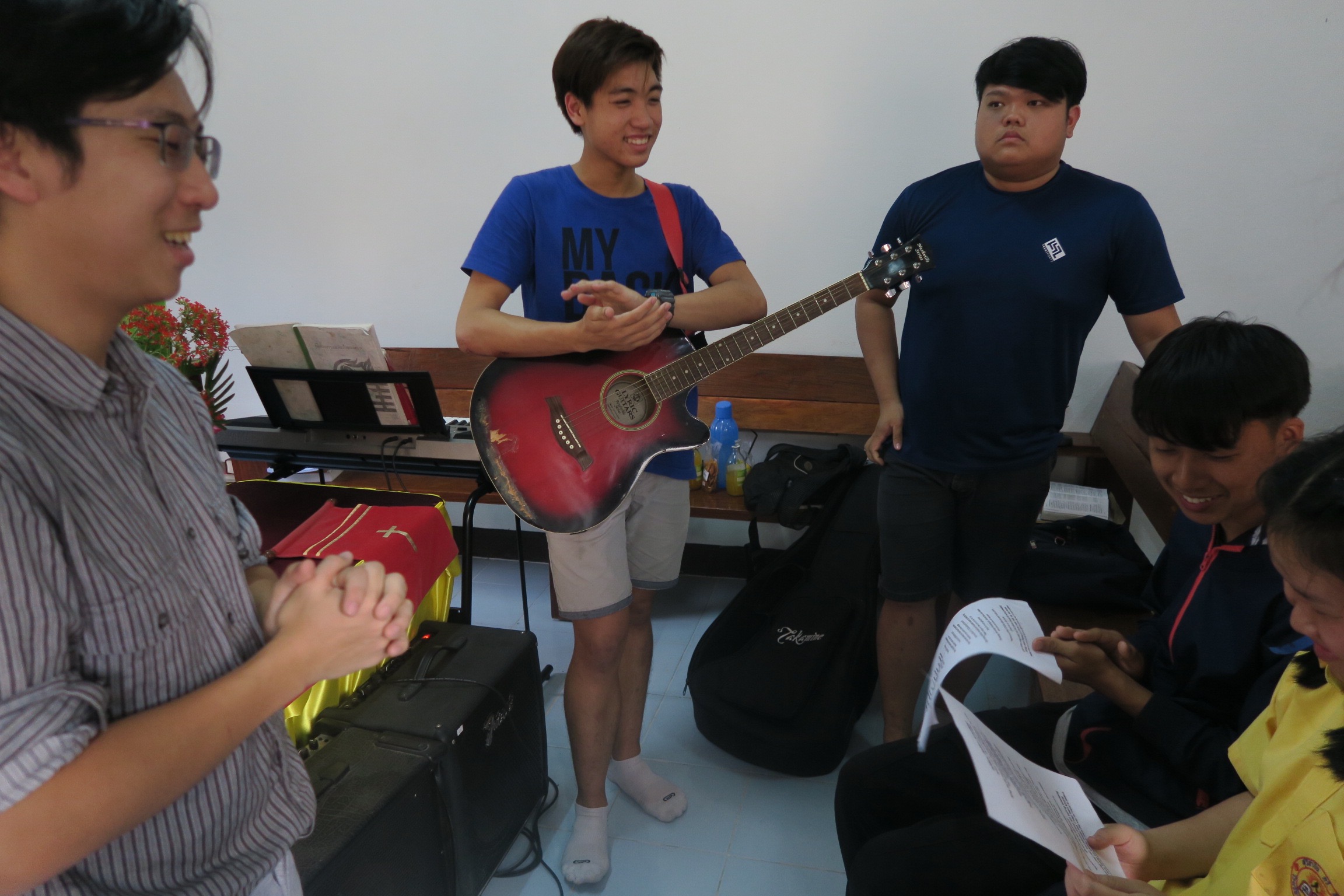 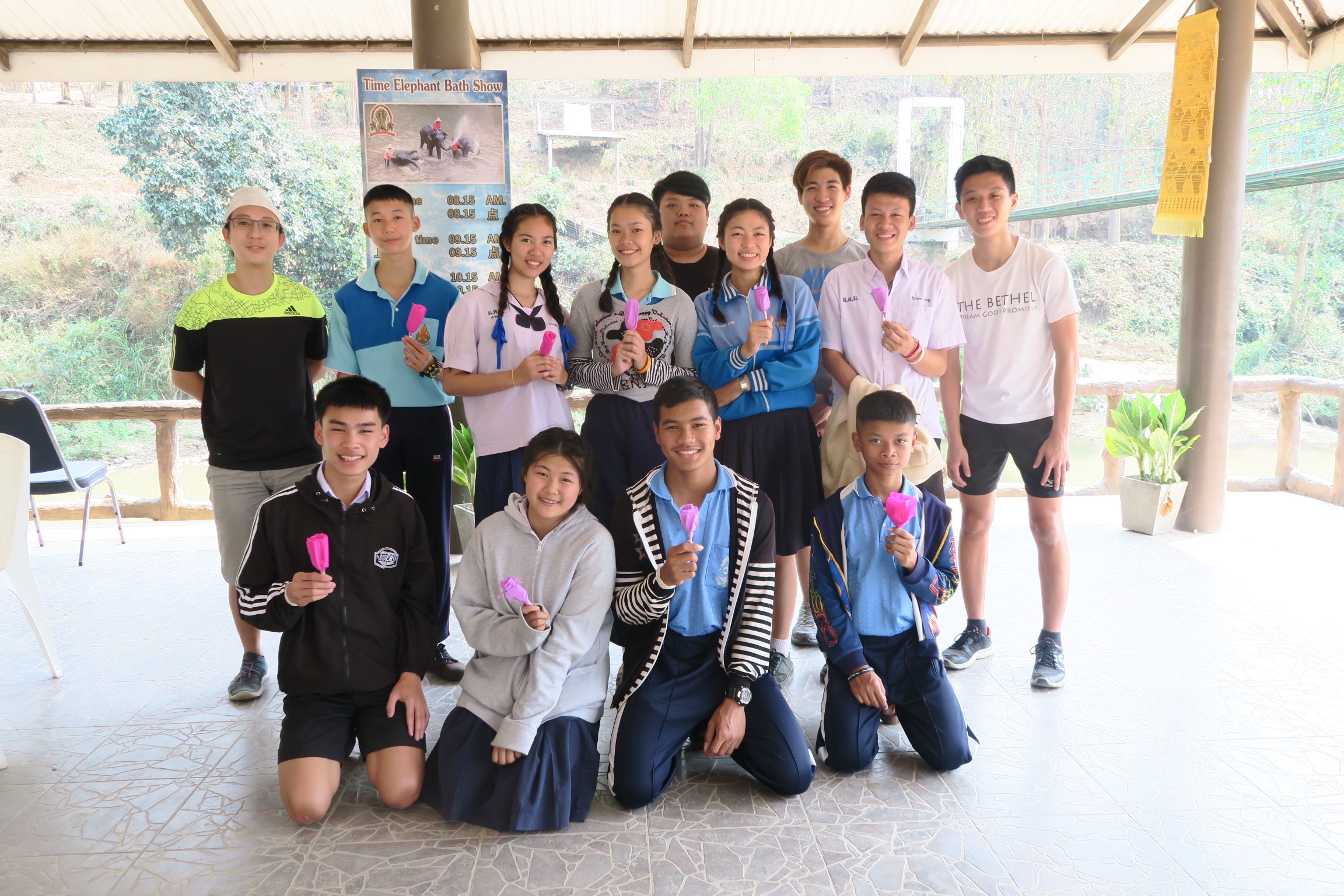 On the left: Teaching a song to youth at a church; On the right: Teaching handicrafts to local students as an outreach activity.

2. Which of the needs and dangers that young people face in Mae Taeng did you find most worrying?

Among the vulnerabilities and the threats to healthy child and youth development, dangers involving drugs were most worrying. The bad influence of drug abuse and the crippling effects of addiction rob young people of their freedom on many levels, and result in estranged relationships with their families and the wider community. It was also notable how complicated it was to carry out interventions to stem drug trafficking and protect young people from being drawn into drug abuse, as the work required specific resources and expertise.

3. Which aspect(s) of the ADP team's child protection work, in partnership with churches, community leaders and youth themselves, left the deepest impression?

Learning about the perseverance of all stakeholders, and the emphasis on connecting various groups and consolidating resources, was truly heart-warming. It was encouraging to see the mutual trust and the sense of unity that had been built through the development of social capital in the community. The result was a strong social infrastructure in which various people could be involved and also seek support. 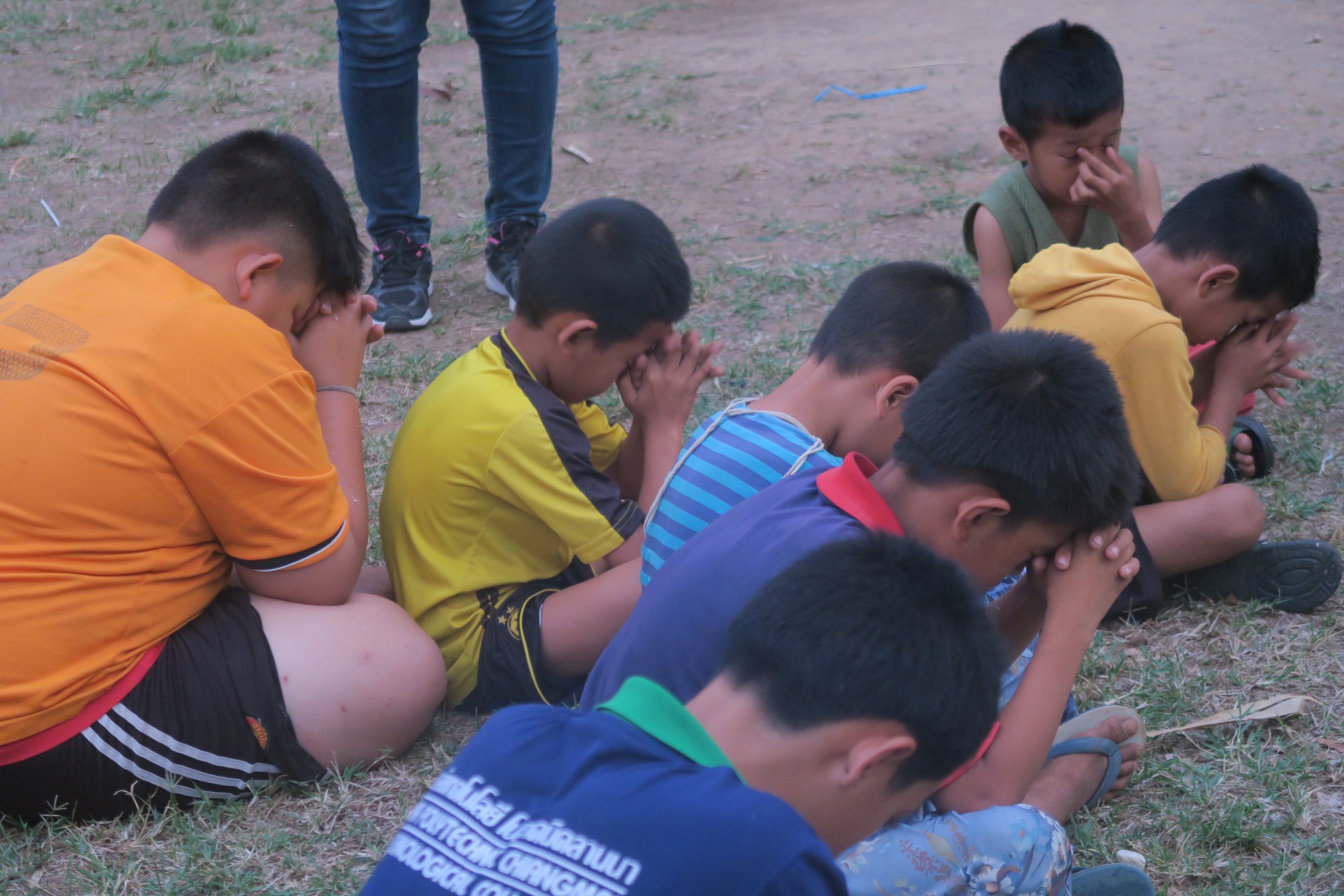 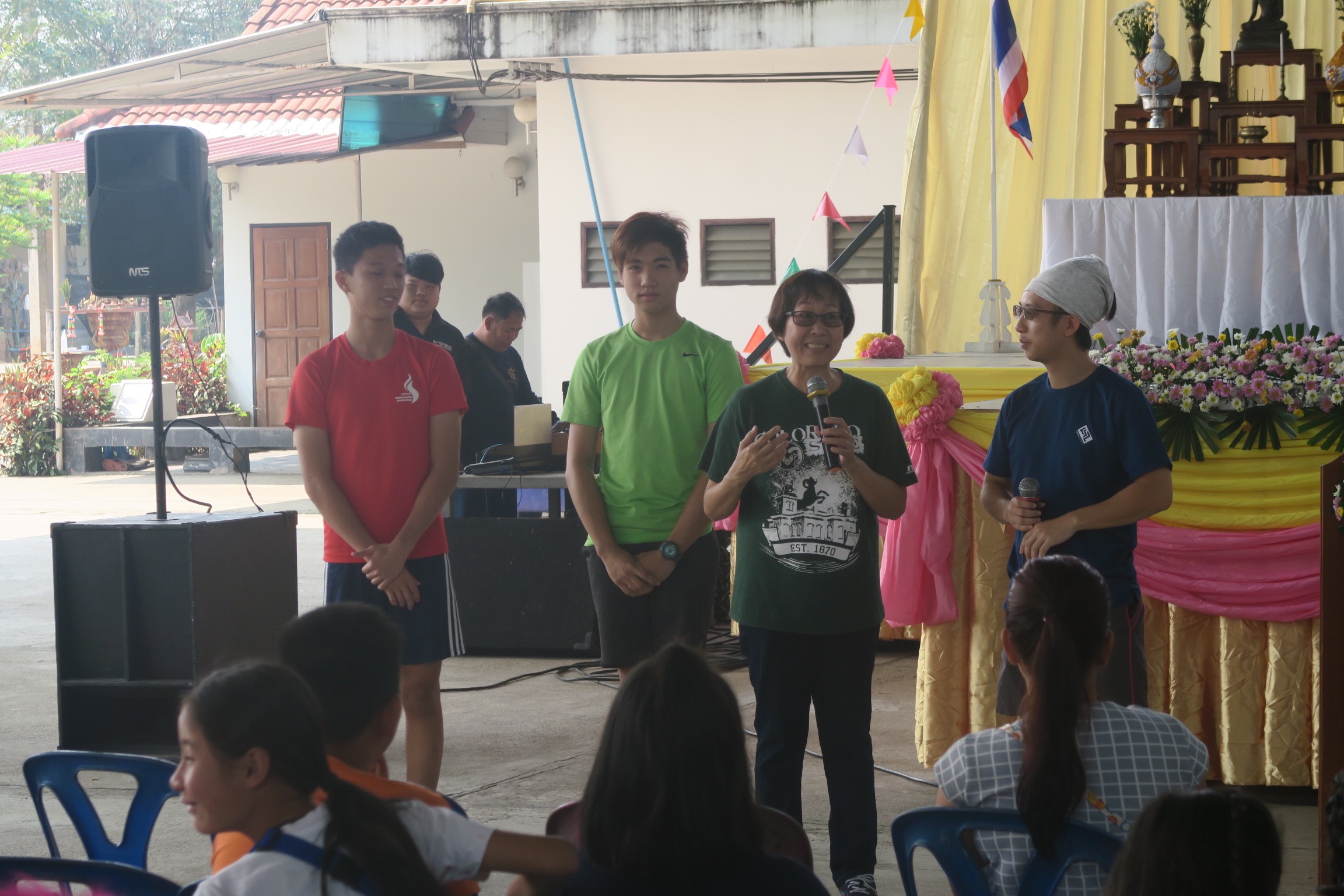 On the left: Praying with children after a time of fellowship over football; On the right: Preparing to share a skit on the gospel at a community carnival.

4. Describe one (or more) particular episode(s) that moved you all the most.

During a visit to the households of an Akha tribe community in Mae Taeng ADP, we met an elderly lady who was taking care of her two granddaughters. The young girls had been thrust into this elderly lady’s care at a very young age. This had been the result of their parents having a fallout and refusing to take responsibility for the care of their children. Such tragedies happened quite often in those parts. Now, the two young girls are in their teens and are healthy and schooling.

In order to support the two girls, their grandmother had to travel far into the wilderness daily to gather different fruits, herbs and vegetables for their own consumption, and for sale to get by. It seemed that her husband hadn’t been around at that time to share the burden; and only knowing her own tribal tongue and not knowing the Thai language limited her economic options too. Thankfully, the support of members of the village community helped to ensure that their family unit was safe and taken care of.

Being in their home, seeing the resilience of this lady, and hearing about the strong community spirit was truly inspirational. Even with so little in their lives, we could see the providential hand of God providing faithful and sufficient care. 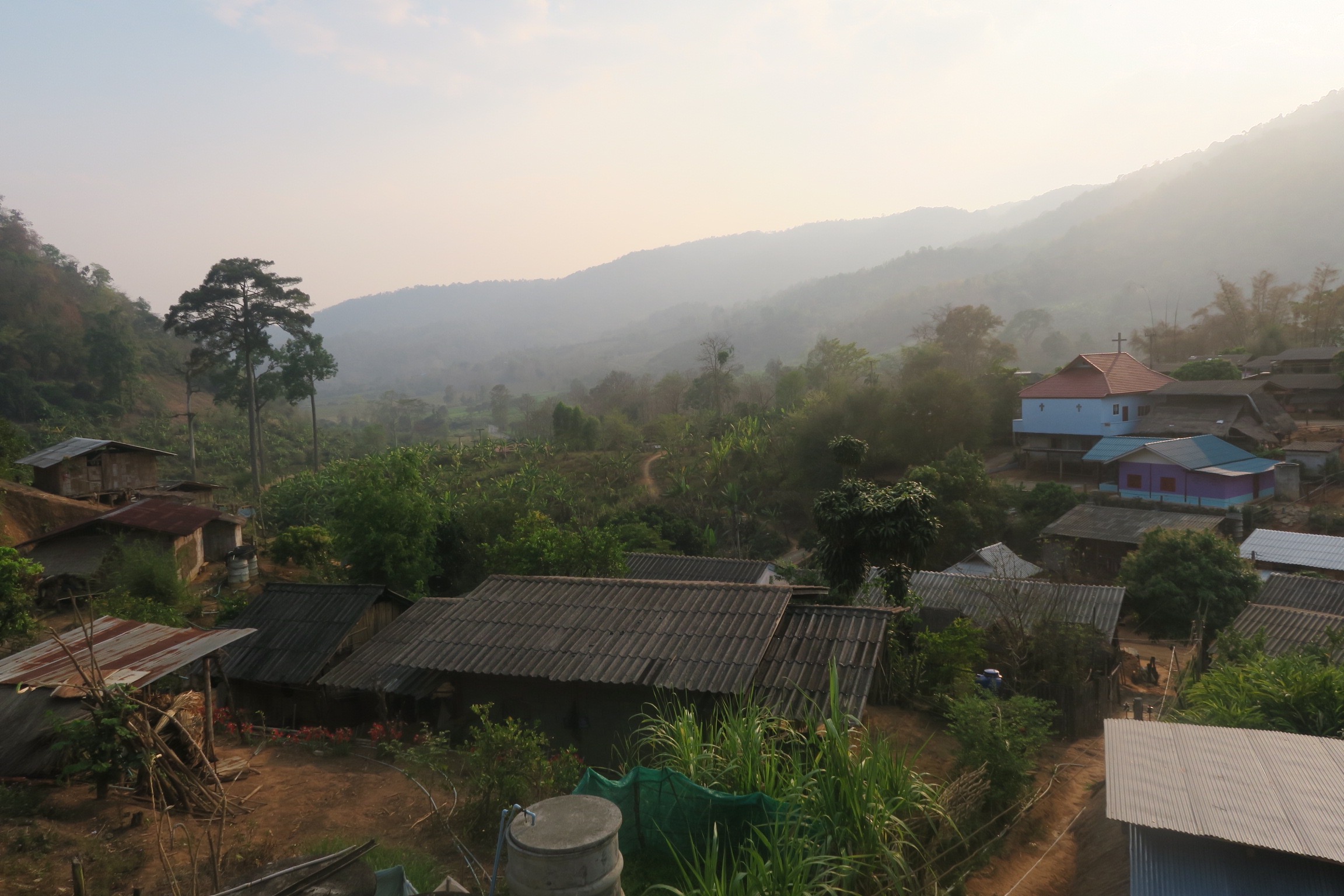 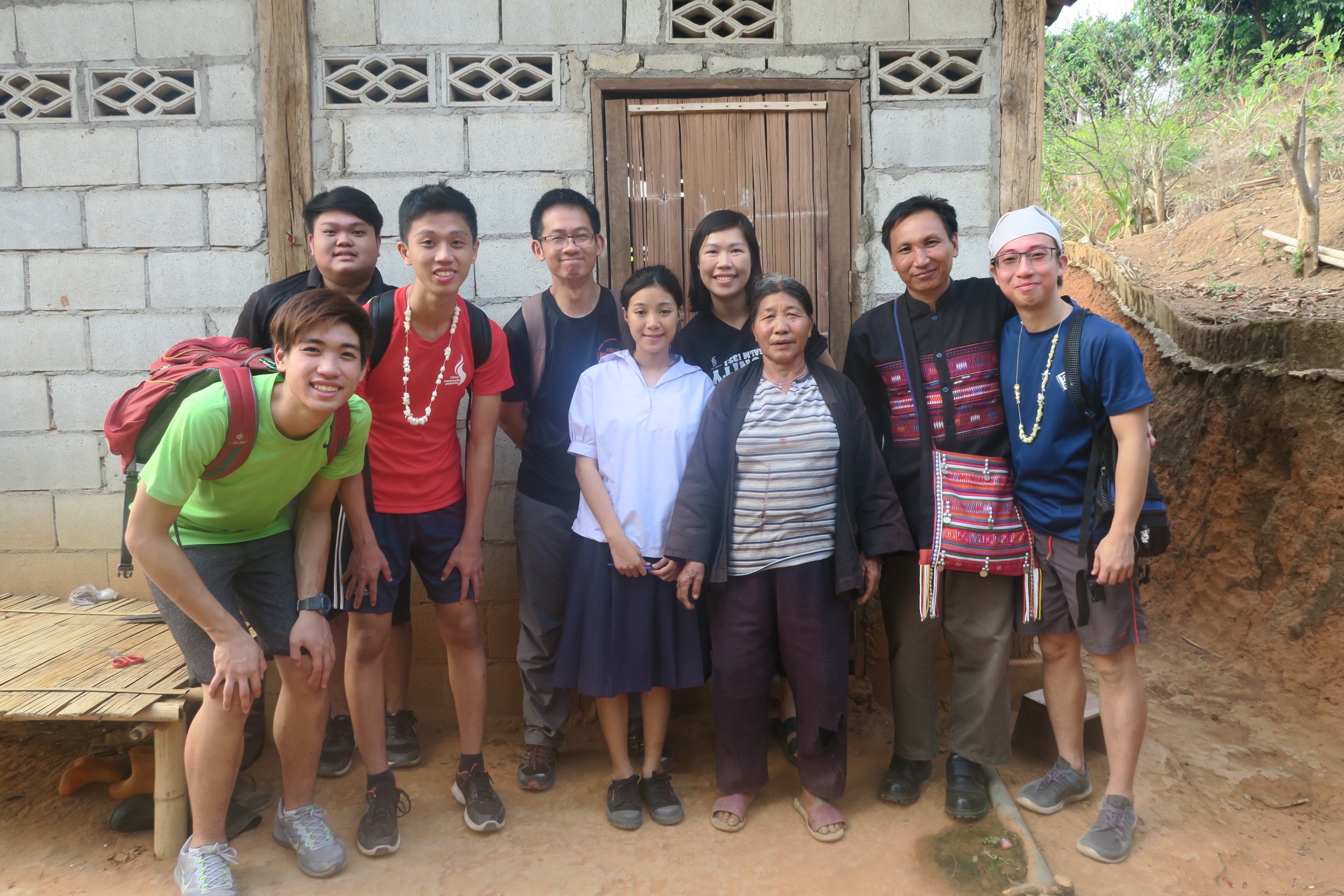 Meeting with an inspiring family in an Akha community.

5. What were the ways in which you were blessed and encouraged by this trip?

In this trip, we learnt about how ministry work could take very new and different forms. Seeing the success of social capital being built, the dynamism of a community leveraging its collective resources to address a shared area of concern, and the strong community spirit even among people with different backgrounds and experiences, was truly inspirational. Encountering stories of how individual characters always found a way even with such limited options also humbled city dwellers like us.