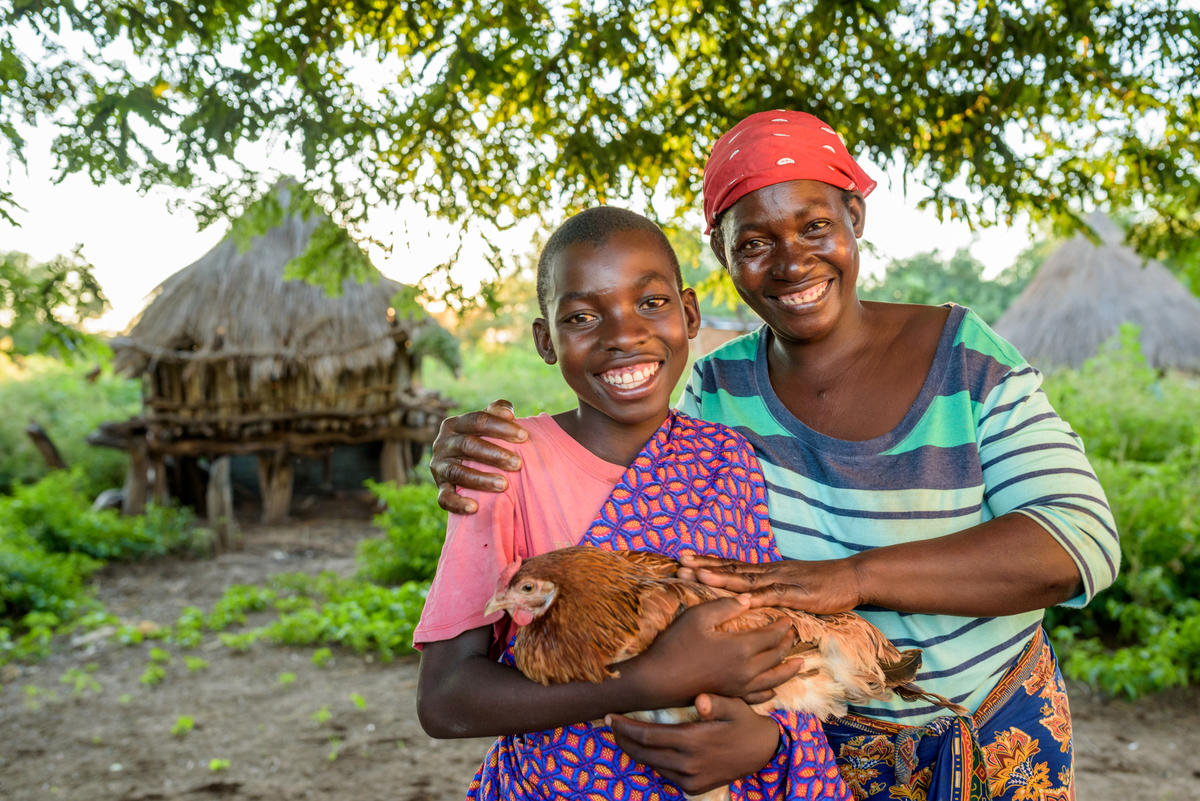 Resheal (left) and his mother, Esnart (right), were given five chickens through the Gift Catalogue, which have now multiplied into 332! "I am a great example of what chickens can do," says Esnart.

"Without these chickens, my family would have been wallowing in poverty," says Esnart, Resheal's mother.

When Esnart’s husband passed on, she was left to look after her children and her elderly mother. Since her husband was the breadwinner of the family, her family’s life drastically changed and they were plunged into a situation of great need. They struggled to get by and were often hungry. Her older children, Under and Bee, even had to drop out of school.

This all changed when Esnart’s family was given four hens and one rooster from World Vision's Gift Catalogue. When Esnart first heard that she would be receiving them, she was elated and full of joy and eagerly looked forward to the day her family would no longer be hungry and Resheal, her younger son, would need not drop out of school. "My heart was ignited with so much joy, I almost couldn’t believe it," she says. "I was longing to see the day that they were going to bring the chickens to my home."

The Gift that Multiplies Greatly

In a year, those four hens and one rooster soon turned into 124 hens, 200 roosters and 8 baby chicks. With the amount of chickens she had, she was able to sell some of them to purchase other forms of livestock such as goats, cattle and turkey and seeds for a garden. On top of that, she joined a savings group, which assisted her in starting a business in selling small fish. Esnart also purchased a plot of land in town where she intends to build small houses to rent out. It is because of that one gift that her family is no longer hungry and her children are able to return to school. 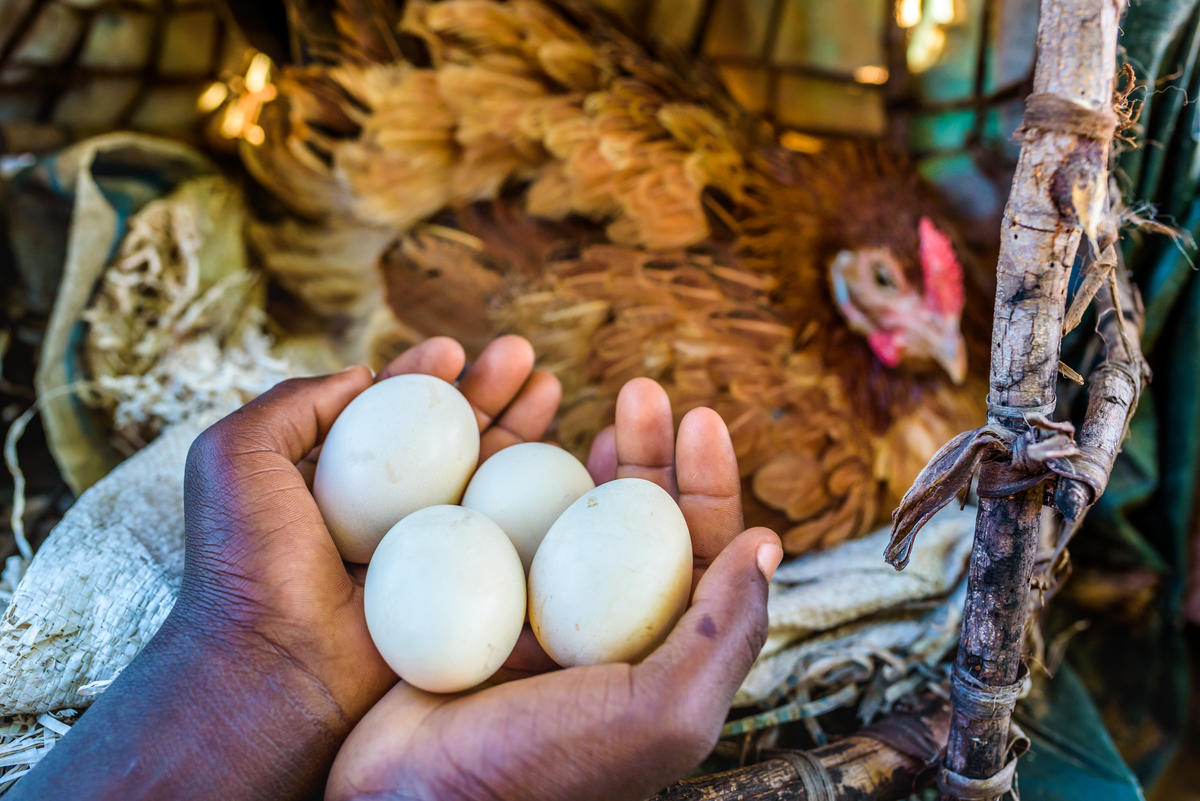 Her family cares so much for the livestock that Resheal helps look after the animals during school breaks and he would often be out on the fields to ensure their safety.

Esnart is extremely grateful for her first gift from the Gift Catalogue that she even named the chickens, as she felt a special relationship with the original five. She also does not forget to give back by helping others and even teaches her children and her grandson the importance of it as well. She even became a trainer in a World Vision savings groups where she helps to start, monitor and advise other groups.

"To me, giving chickens to someone as a gift means solving all problems for that person’s life. I am a great example of what chickens can do. They have changed everything about my life," says Esnart. "Hunger is a thing of the past now because we do not depend on maize alone for our survival. World Vision has laid a foundation for us, which has made it possible for us to survive even when times are hard as the case is now."