Home › 9-Year-Old Khatema Fights Against Her Own Child Marriage

9-Year-Old Khatema Fights Against Her Own Child Marriage 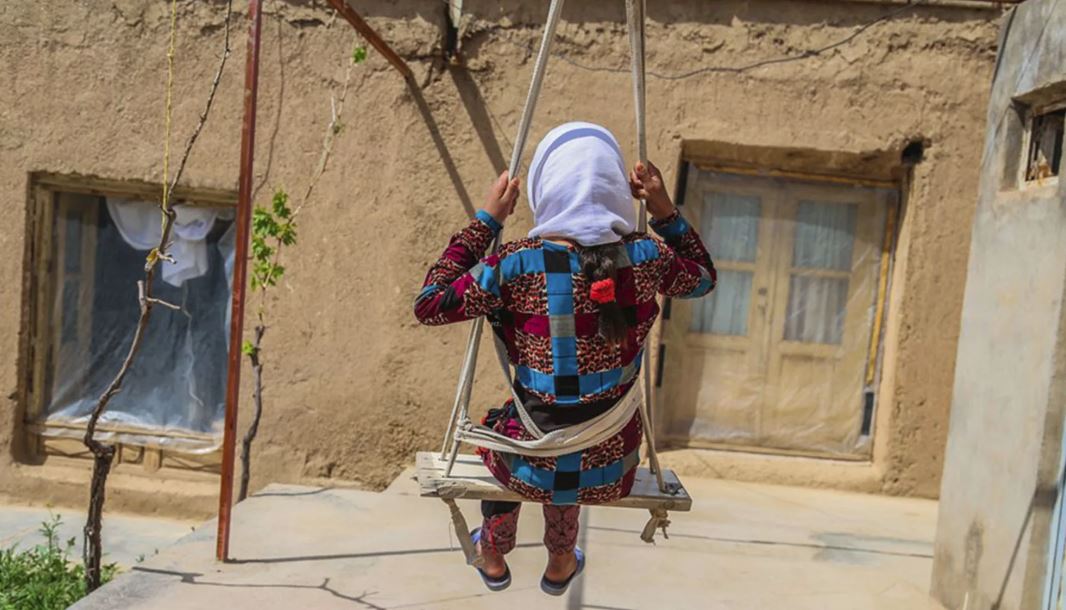 What started as a normal day for Khatema, 9, joyfully playing in the village with her friends quickly turned into one of the worst days of her life. Her world and her dream of becoming a teacher came crashing down when her brother interrupted their game with a message: Their father had decided to marry her off. Khatema ran home.

"When I got home, my father wasn’t there. My mother’s eyes were red. My siblings were silent and just looked at me," says Khatema, who went quiet for a while and then continues, "I asked my mother if they wanted to marry me off. She hugged me and started crying. I wanted to scream and cry, but I [couldn’t]. I went to the stable. It was dark there and I started to cry."

When her father came home later that night, Khatema was determined to voice her disagreement. While she felt fear expressing her thoughts to her father, she knew this might be her only chance to change his mind. She had always wanted to be a teacher and if she was married at a young age like her older sister, she might never be able to realise her dream.

"I told my father not to marry me off. I told him that I wanted to be a teacher in the village school," she says.

Khatema’s mother, Fatima, never wanted her to face the same fate as her older sister, who was married off two years ago. "When my husband offered my first daughter to his friend’s son for money, I didn’t know what I could do or whom I could ask for help," she tells me.

This time, Fatima turned to her neighbour, Razia, for support knowing that Razia had attended World Vision's peace building training and was equipped to support in domestic conflicts.

Convincing Khatema's father, Ghafoor, wasn’t an easy task. He had justified marrying his daughter off in exchange for relief from personal financial pressures that very few others were aware of. It took one week of discussions with Ghafoor and the village mullah before he finally changed his mind. Khatema is sleeping soundly again. "I am studying even harder than before to reach my dream of becoming a teacher. I am so happy. I feel relieved... Like something heavy has been lifted from my shoulders," says Fatima.

To help girls like Khatema, World Vision is working to empower and educate adolescent girls as well as transform cultural norms and attitudes underlying child marriage. Donate and partner with us to prevent and reduce the prevalence of child marriage here.