Home › 5 children who've learned the power of using their voice

5 children who've learned the power of using their voice

What happens when children are seen, and make themselves heard?

Amazing things! For them, but also those who listen. The evidence is all around us – think Greta Thunberg, Malala Yousafzai, Boyan Slat and William Kamkwamba. When children are empowered to speak up in their communities, it builds self-sufficiency and creates long-term change.

That’s why every day, in communities all over the world, World Vision child sponsors are supporting kids to find their voice and make it heard. Meet 5 children who’ve learned the power of using their voice. 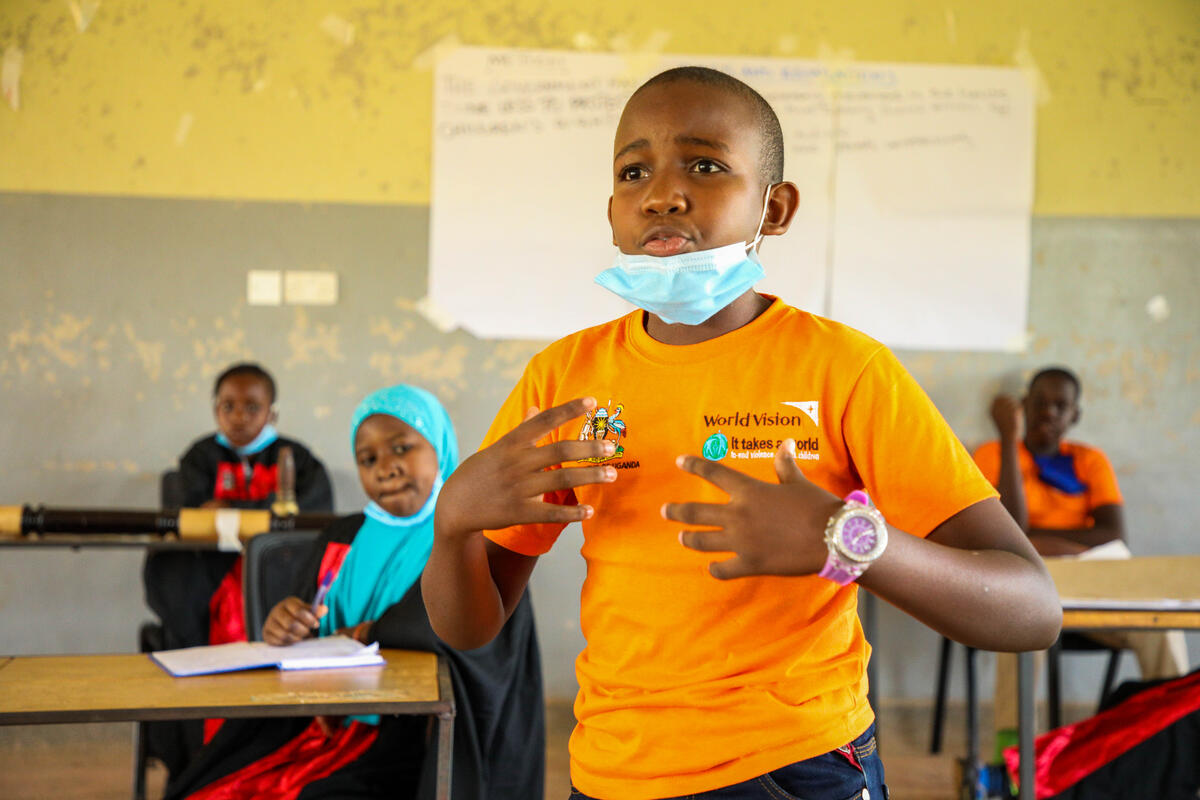 “We are using a children’s parliament to highlight the issues affecting children emotionally, physically and mentally.”

15-year-old Justice wants to be a lawyer one day, but he is already fighting for justice as a passionate member of a children’s parliament, which the World Vision child sponsorship programme set up to amplify children’s voices in the decisions that affect them. And that’s exactly what it’s achieving – already the children’s parliament has successfully campaigned for by-laws to protect children from exploitation and harm at mobile discos, and for a Prevention and Prohibition of Human Sacrifice Bill to be passed by the national parliament last year. Now, Justice has set his sights on reducing teenage pregnancy, which skyrocketed during the two years of education shutdowns in Uganda.

“Children should be in school studying, not getting pregnant,” he says. “I also want to help end all violence against children.” 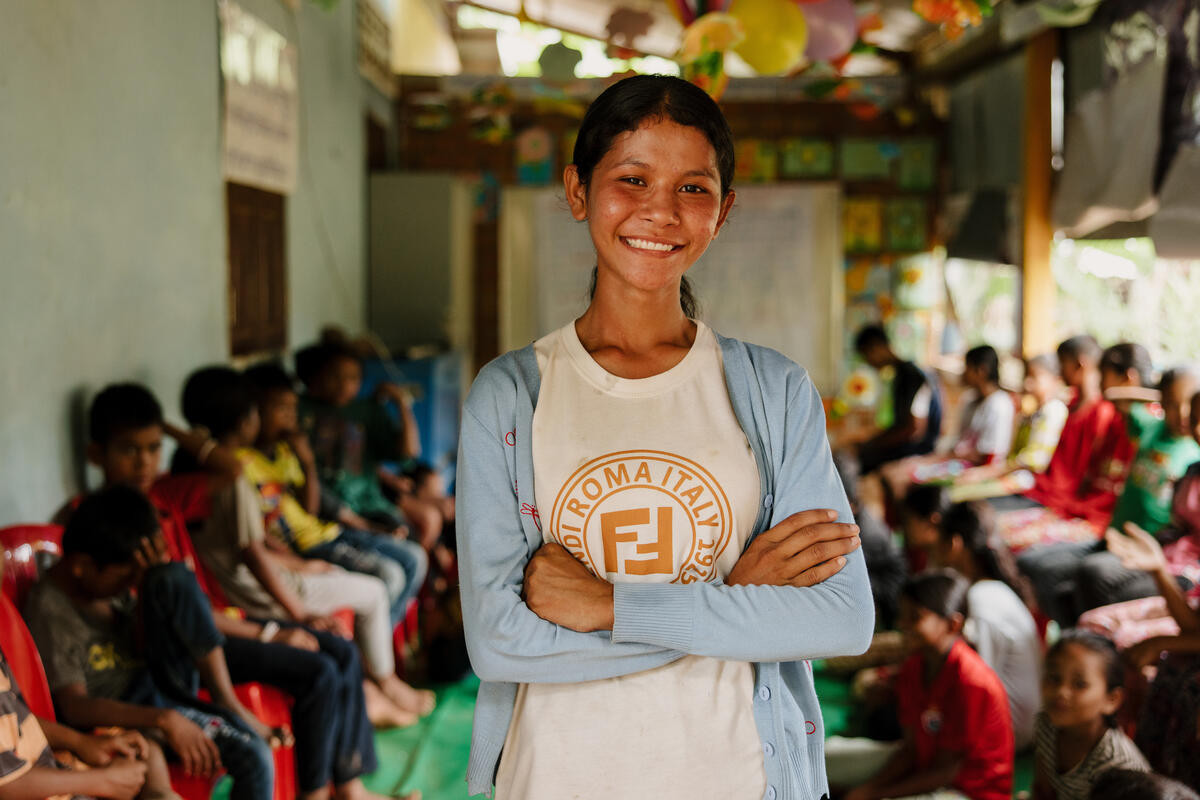 “We are all born the same, so we should have equal rights. I learned about my rights and how to protect myself. I wanted to become a leader so other children know about their rights, and I want them to know about my story and show them that I can do anything.”

18-year-old Phally grew up under a shadow of discrimination and shame. That compounded the other problems she faced, living in extreme poverty and suffering from complex health issues. But with her sponsor’s support, she learned how to protect herself and others from violence, abuse and harm and other life skills like self-confidence and public speaking. Now she is a leader in a youth club and is teaching other kids and adults how to make sure they are safe and protected, too. She wants every child in her community to feel as confident and empowered as she is and she is determined to use her voice until they do.

“When I am finished school, I want to see the other children become the next generation of leaders,” she says. 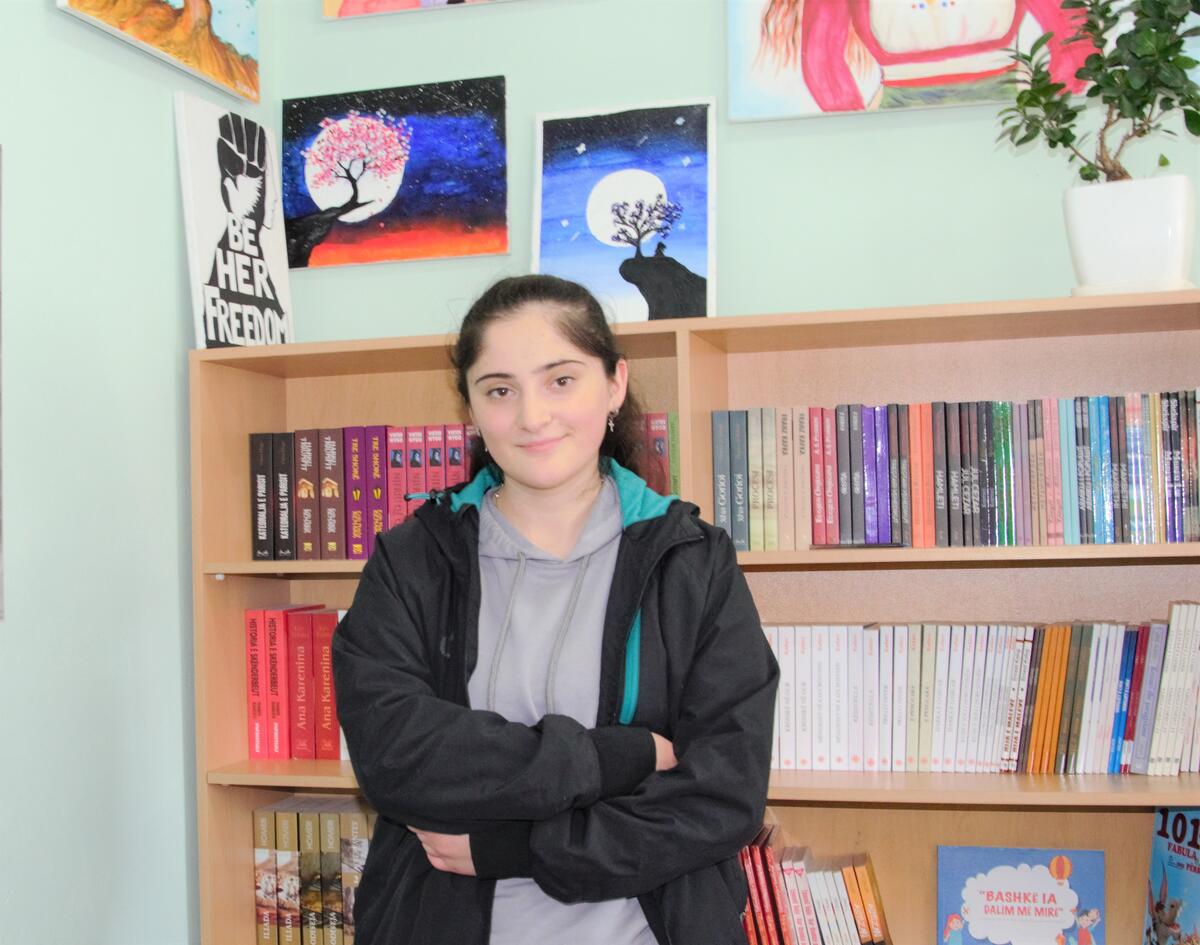 "Women and girls must be heard and included in decision-making. We are equal only on paper, not in daily life. We want to raise awareness on gender equality, and make women discover their potential and not be afraid.”

17-year-old Savina considered herself a shy introvert before she joined a World Vision Youth IMPACT group in her community. In the youth group, she learned new communication skills and grew in confidence, and has become a powerful voice in her community. Savina and her group are working hard to advocate for gender equality and other inclusion issues through their school. They’ve launched a children’s rights initiative and are currently working on an internet safety campaign.

“I encourage my peers to engage,” says Savina. “Our initiatives aim to help the community, but at the end of the day benefit us all. We must use our potential to improve our town’s social and cultural life.” 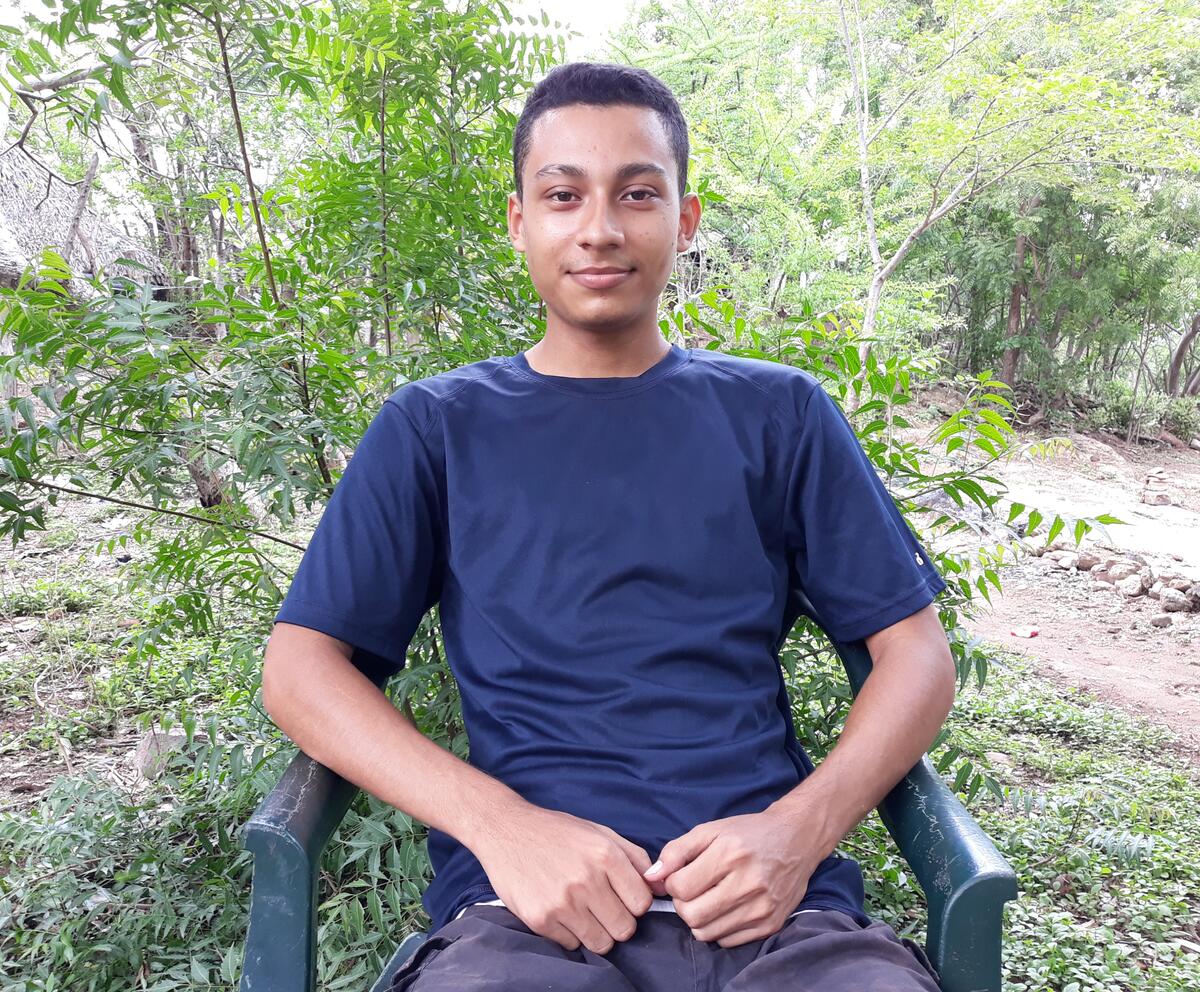 “I wanted to see changes in my community. There was a lot of rubbish in the streets. It looked very ugly and was unhealthy for my community.”

When World Vision started the Healthy Family, School and Community (FECSA) programme, Isaac was eager to get involved because he wanted to see change in his community. There were piles of rubbish and plastics on most roadsides and the mounting trash was attracting mosquitos, increasing the threat of malaria for children like him. He volunteered to become a hygiene brigadier and signed up for classes on rubbish treatment, water purification, toilet cleaning, and personal hygiene. He’s led community clean-ups, but most importantly, he’s taught kids and parents to clean up too, and the results are incredible – a cleaner, safer environment that everyone can be proud of.

“Now it is clean and more orderly,” he grins. “We learned that the glass bottles should be buried so they don't become mosquito breeding sites and the plastic ones should be reused as much as possible. The programme has been very important for our community!" 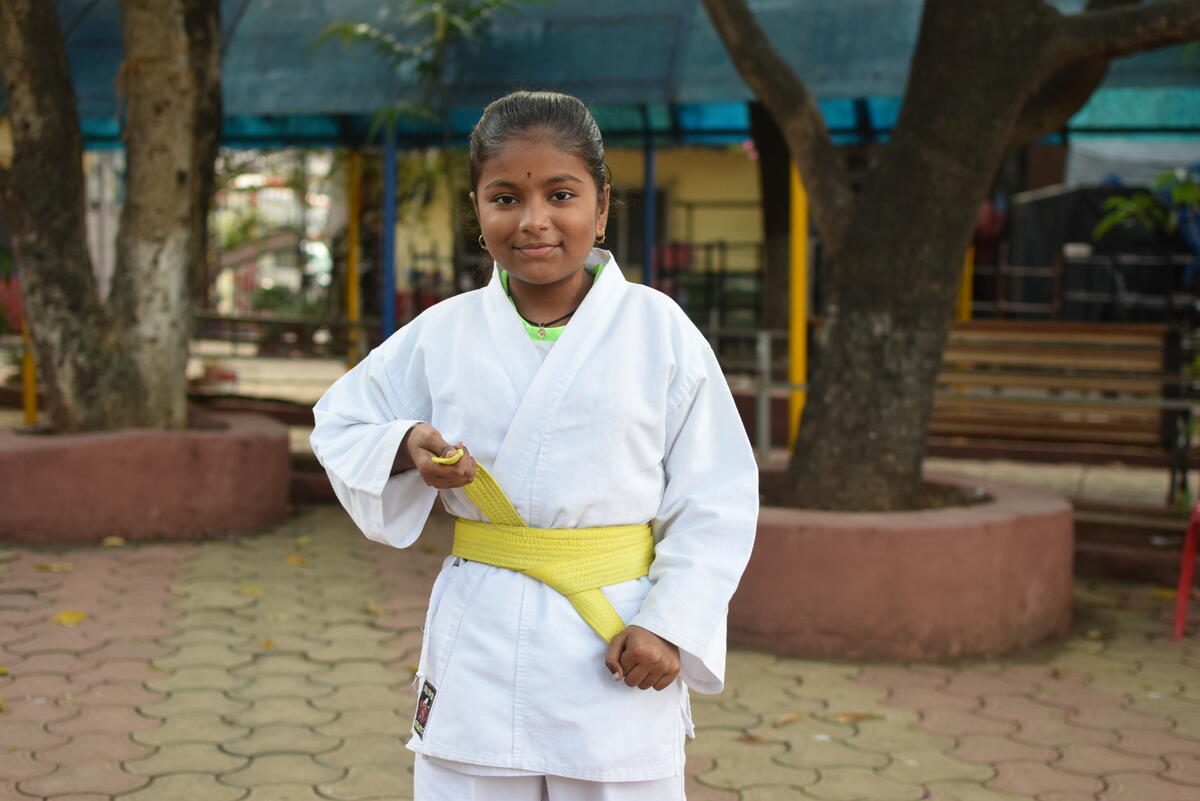 "Through karate, I have become stronger and more confident. Even in school, I do not allow people to bully others or me. They know that they shouldn’t trouble me.”

14-year-old Lavanya had seen boys training in karate, but like many other girls in her community, she never dreamed she’d have the chance to try it herself. When World Vision started a children’s group in the slum community where Lavanya lives, it opened a whole new world of opportunities.

"Slowly I made more friends and started to learn so many things. I can proudly say that the biggest change in me is my confidence,” she says.

From karate to personal hygiene, child rights and personal protection, Lavanya and the other kids in her community have had the chance to explore lots of new ideas through the children’s group and are now sharing them with others. Lavanya says she has learned to see the issues that affect her community with new eyes – as problems that can be solved. Now, she is raising her voice with other children in her community to tackle them, one by one.

“I am not scared to talk to anyone,” she smiles.

Child sponsorship helps children find and use their voices. The results can change lives.