Home › Journey to Easter: From Brokenness to Hope

Journey to Easter: From Brokenness to Hope 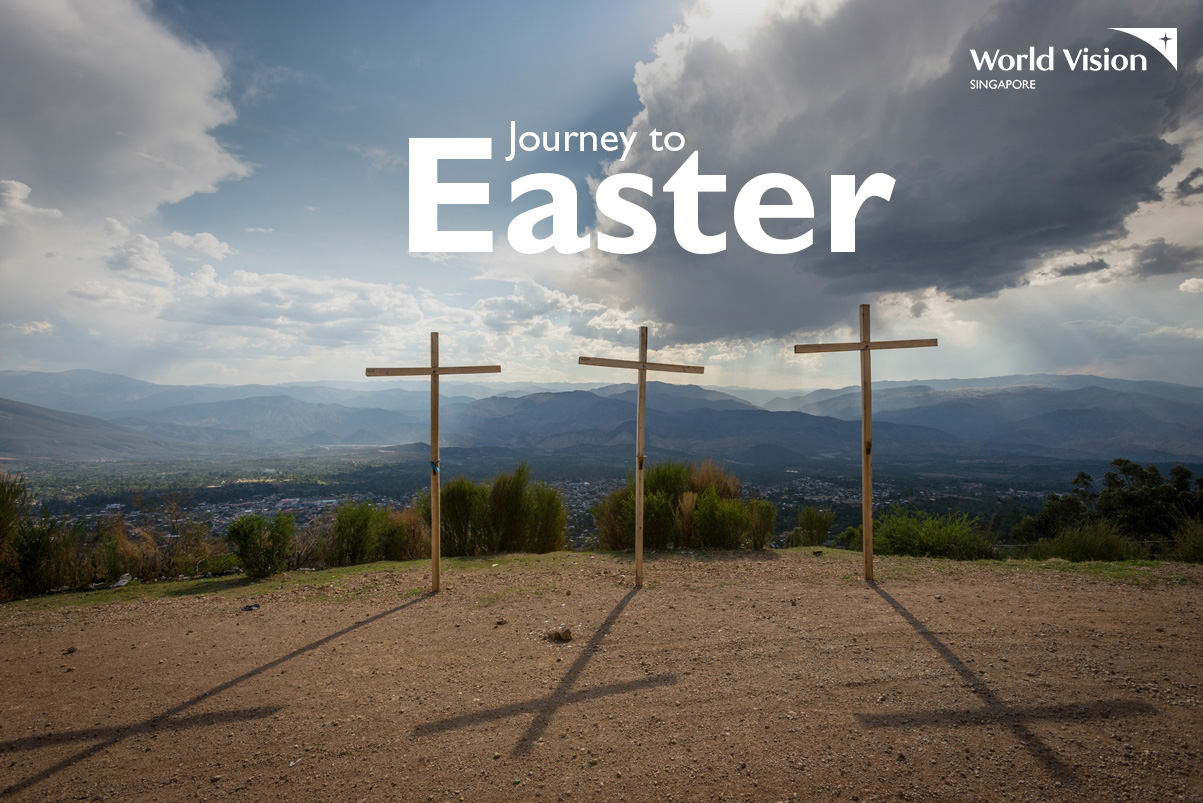 Easter is a celebration of new life made possible through Jesus Christ. It is the miracle that catapults our faith, giving us new meaning. But what comes next? How does Jesus call us to live in light of His sacrifice?

Through His ministry, death and resurrection, Jesus has shown us how we are to live: to love God and to come alongside those most in need.

From being homeless, to being a sponsored child, and now an Anglican archbishop: This is Jackson's story

Jackson Ole Sapit was born as a Maasai to a father with 11 wives and more than 50 children. The tribe practiced polygamy and led semi-nomadic lives, rearing cattle.

His father died when he was young, and his mother and her three children were chased away from the family home by shrewd older brothers who understood the value of land. Jackson’s mother and her children became destitute.

Maasai parents didn’t believe in education, as boys were to herd cows, and girls worked around the house. But when Jackson was 9, education became compulsory in his community. There, he began to hear about Jesus.

“One of the songs [they sang],” he says, “was ‘More About Jesus.’” But he thought they were singing “moo” instead of “more.” He says, “I wondered, ‘Are they singing about cows?’” This was something he could relate to as a herder; his curiosity was piqued.

The next year, Jackson became sponsored through World Vision. He received all the benefits of sponsorship, including medical check-ups. And then, World Vision saved his family’s life.

“In 1976, there was a severe drought. People were on the food programme,” he says. “World Vision used to bring white maize, beans and cooking oil. Our food became the food for the entire family. It took us through the whole drought.” When the rains came in 1977, World Vision helped the family grow their own food. “So again that became food for the entire family,” he says.

Jackson did well in his studies. He loved school but felt he floundered during his final high school exams. Even though he finished in the top 10, he gave up on school and became a cattle trader, walking 10 days to Nairobi to sell cows.

It was during this period that he had an epiphany while resting in a forest with the cows, watching a spider rebuild its web. He realised how much he had been given, starting with World Vision sponsorship. He knew he needed to rebuild. “I went home singing,” he says, telling his mother, “I have seen God in an amazing way. He’s going to change my life.” 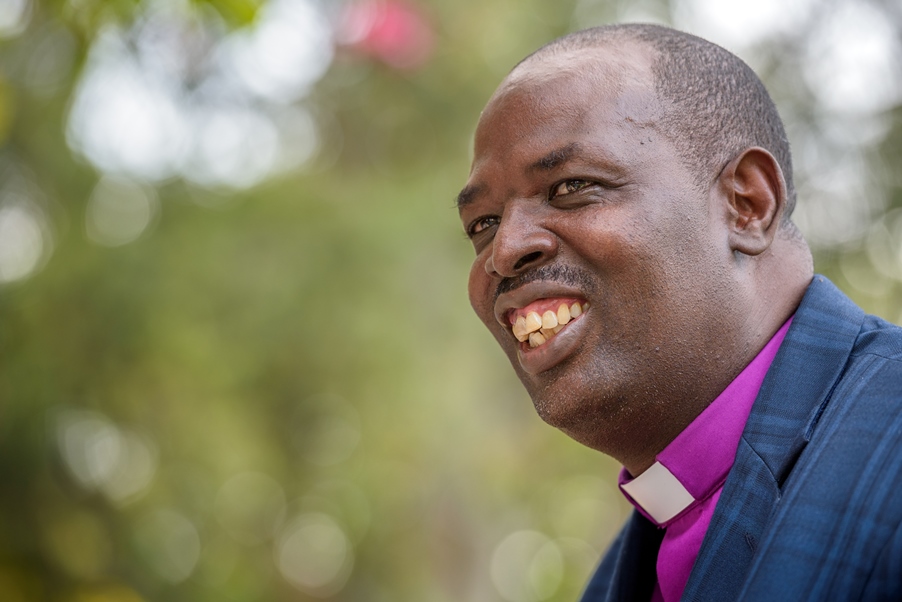 Jackson Ole Sapit, now 54, is currently the archbishop of Kenya.

With the encouragement of an English missionary and a local pastor, Jackson embarked on a journey to become the first Maasai pastor. He received support to study at St. Paul's Theological College in the UK and also earned a master's degree in development.

Upon his return from England, Jackson became a bishop and was appointed archbishop of Kenya in 2016.

He says his time as a sponsored child and experience with World Vision helped shape his vision for Kenya. “World Vision does community empowerment best,” he says. “We need to let people discover they are in relation to their environment, in relationship to God. They can envision their future, and World Vision can empower them.”

Through Matthew 25, let us reflect on how Jesus exhorts us to respond to brokenness in the world, and how with His grace, we can respond today to the brokenness in our lives, our communities and our world.

34 “Then the King will say to those on his right, ‘Come, you who are blessed by my Father; take your inheritance, the kingdom prepared for you since the creation of the world.

40 “The King will reply, ‘Truly I tell you, whatever you did for one of the least of these brothers and sisters of mine, you did for me.’

As we prepare our hearts for Easter and the hope it brings, let's pray for vulnerable children still experiencing hopelessness.

In celebration of the good news of Christ Jesus, let's join our hearts with Christians in our communities: He is risen!

Join our Christian beneficiaries in their chorus this Easter weekend as we celebrate His resurrection with our own church families! 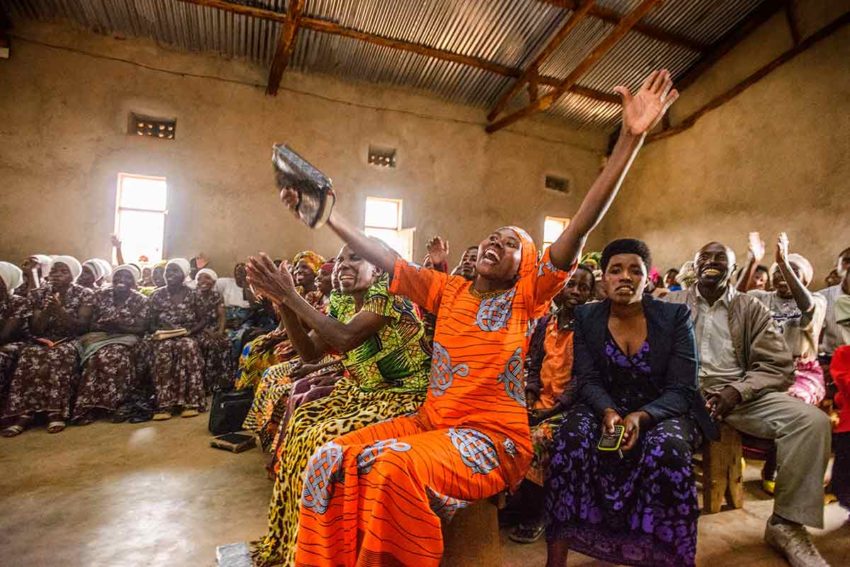 A congregation overflows in praise during a church service at the community church in Nyamagabe, Rwanda. After neighbors turned on each other in the 1994 genocide, they now worship together after going through World Vision’s faith-based reconciliation programmes. 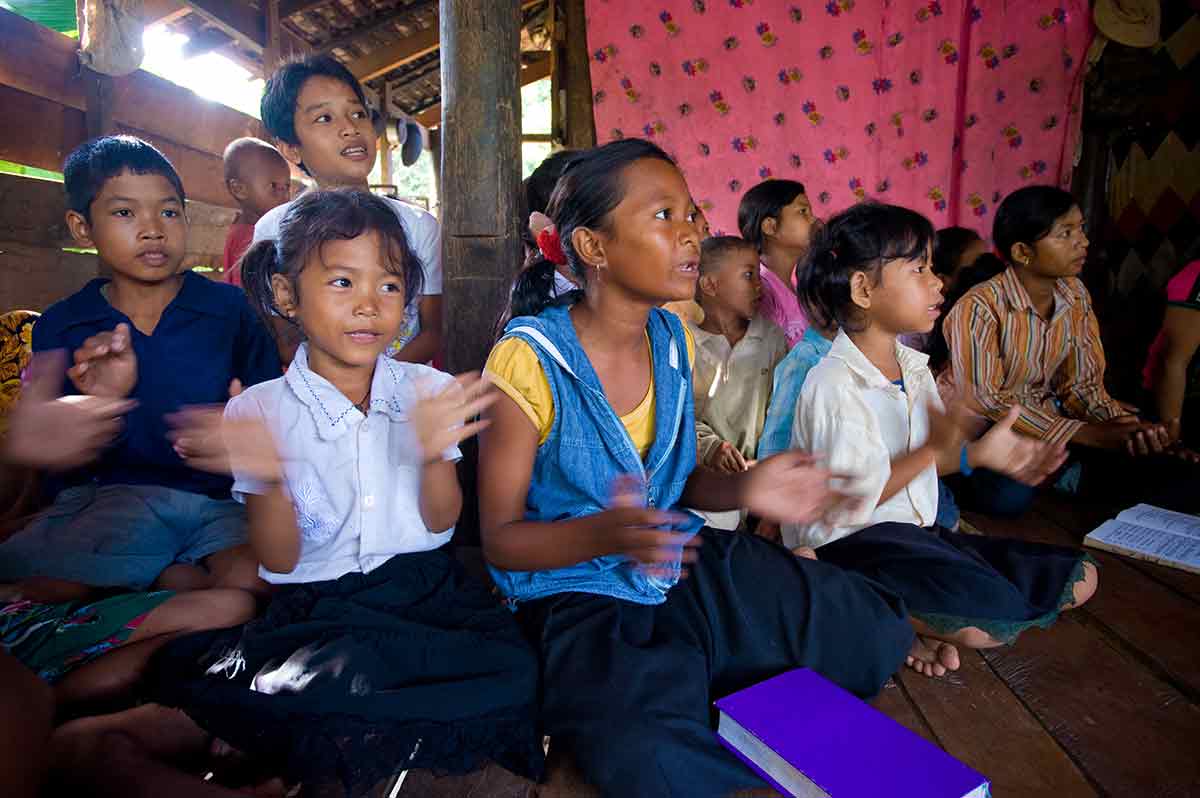 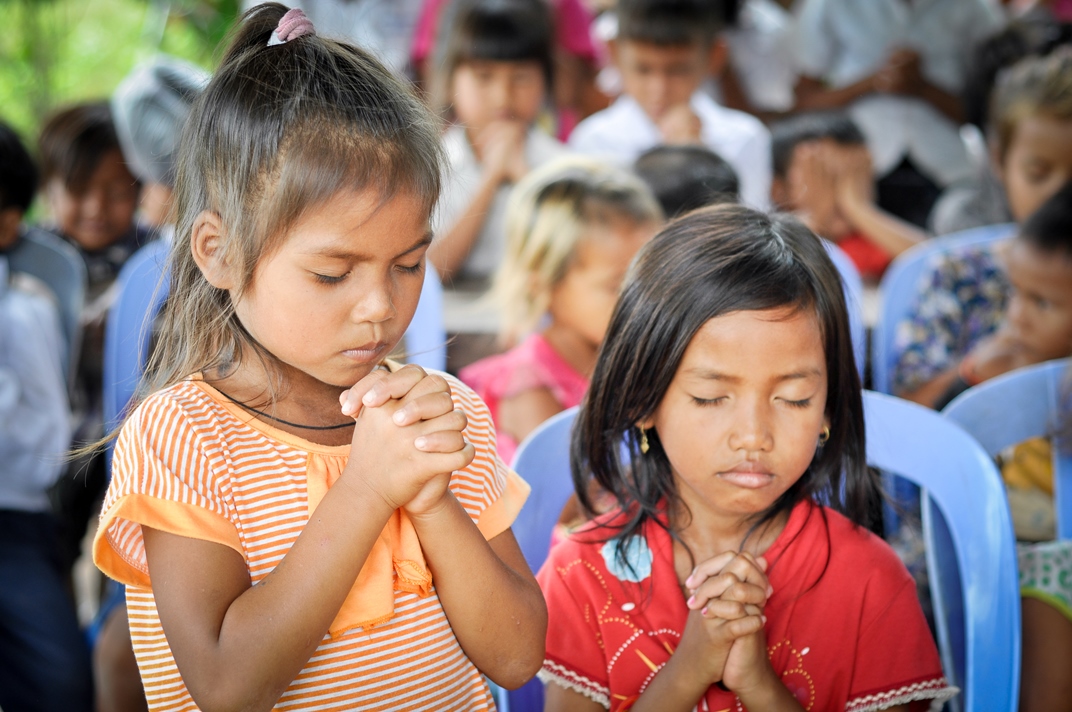 Makara Mao, the third child of Pastor Maochintung, leads about 50 children in song, prayer, and games at Takhao Independent Church in Cambodia. The children come to this joyful environment nearly every Sunday. Through the support of World Vision, this is also a place where sponsored and non-sponsored children can come and learn about good hygiene and sanitation practices, and how to take care of their health.