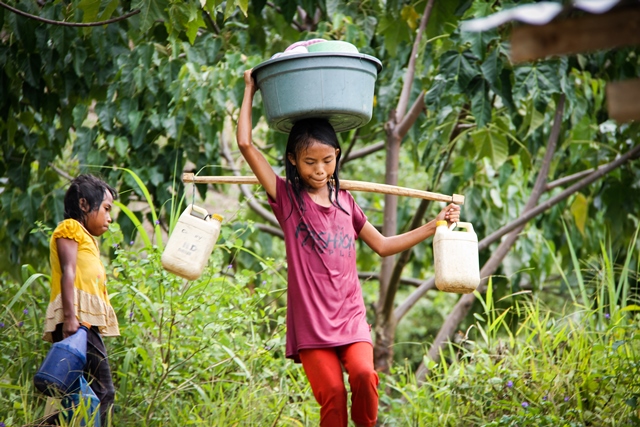 We use water in almost every one of our daily tasks: washing our faces, flushing the toilet, making coffee, cooking or even just simple daily consumption. Though it can be something we easily take for granted, clean water is something vital and often lacking to the development and progress of communities in ending poverty.

Aside from making a donation, you can support us in many other ways - such as volunteering, sponsoring a child, giving to programmes specifically focused on reducing the risks these communities face when it comes to clean water and sanitation, disasters, or even education. As a charity organization focused on working with children and families globally to come out of poverty, volunteers and contributions are a valuable source of support for our vision.

Clean Water Needs | How Can Charity Organizations Help?
Clean water and basic sanitation are basic rights for every child. Without them, diseases become rampant and infant mortality rates increase. Women and children are the most vulnerable, bearing the chore of water collection duties, often trekking miles to the nearest water source. Across the globe, women and girls spend 200 million hours, daily, collecting water*. Children also are unable to attend school due to illness or water collection duties. In particular, females are at risk of being harassed and sexually assaulted. Our charity efforts as an organization are geared towards helping these communities to become self-sustainable through education, building of infrastructure as well as equipping schools and houses with clean water tanks and filters. 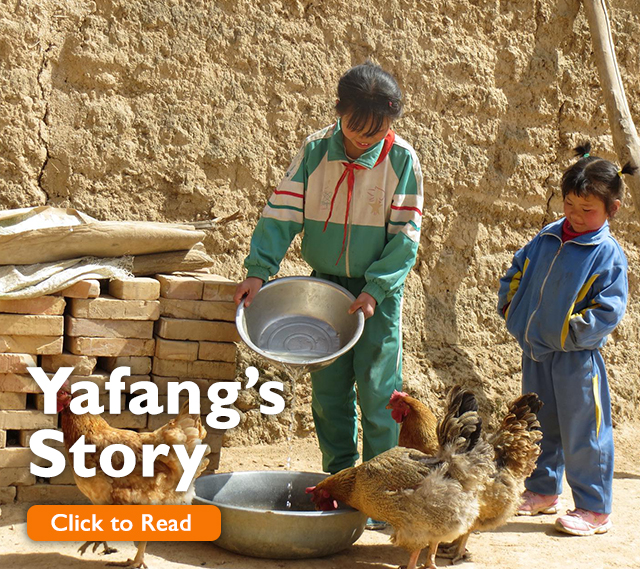 Yafang lives in a small and drought-prone mountain village in China with her parents, younger sister and younger brother.

To support the family of five, Yafang’s father had to leave for other places to work, and was only home every two or three months.

Yafang’s mother shouldered all the farm work. Chief among their difficulties was having to fetch water. 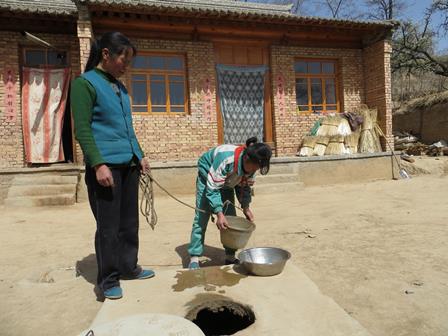 There was only one well that served as the water source for the entire village. It took villagers at least half an hour to walk there as the road was rugged. Usually, half of the water would spill along the way.

“The water my mother carried back was only enough for drinking,” says Yafang.

According to villagers, when rain was ample, they could fill one bucket with water within half an hour. But when drought hit, the well, their only source of water, would dry up. Therefore, they had to purchase water from elsewhere, which was a very heavy financial burden on their already strained purse strings.

In order to solve the water problem, World Vision started a Cistern Project, helping villagers to build cisterns to store rainwater. Yafang’s family was among the beneficiaries. 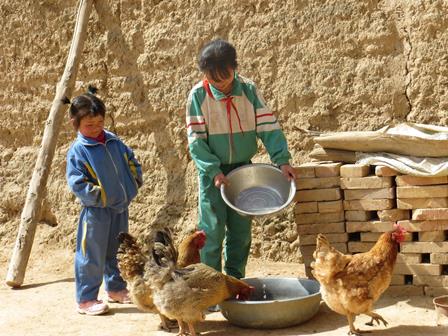 “Ever since we have the cistern, I don’t have to trudge to get water. Now, I have more time to do farm work and take care of the children,” says Yafang’s mother. The family is also no longer reliant on the external water supply and have enough finances for the children's other basic needs.

Both Yafang’s younger brother and sister have entered primary school and Yafang’s mother's water burdens are relieved. She can now spend more time focusing on her children too. 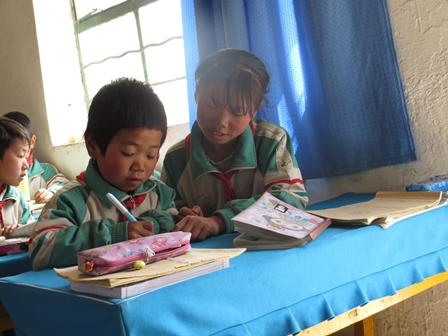 Providing Clean Water: Impact Charity Organizations Like Ours Can Make

World Vision reaches one new person with clean safe water every 30 seconds. By tackling issues in clean water and sanitation together, child deaths can be cut by up to 57 percent. Our interventions as a charity organization are holistic, meeting urgent and basic needs while setting communities up to achieve self-sustainability:

Independent research by the University of North Carolina's Water Institute found that nearly 80 percent of World Vision's wells in Ghana continue to function at high levels after 20 years, thanks largely to a focus on community management.

During emergencies like floods and earthquakes, clean water purification sachets from corporate sponsors such as Procter & Gamble provide instant protection against simple waterborne diseases. Such measures enable people anywhere in the world to purify dirty water in a simpler, more affordable and convenient way.

Our charity organization has been able to see these improvements through the support we received from our donors: 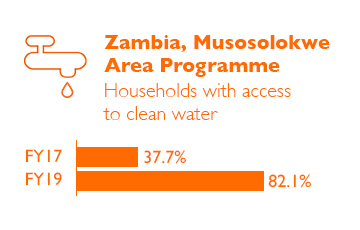 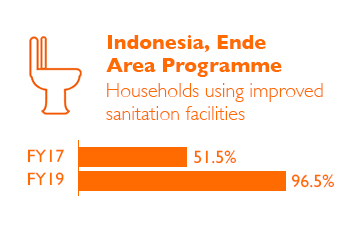 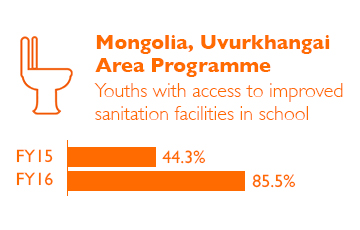 To read the latest report on our Water, Sanitation and Health project in Cambodia, click here.

How You Can Help 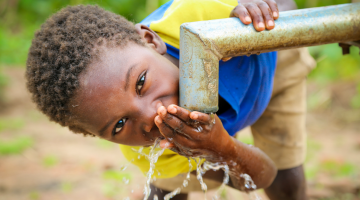 Donate to the Water & Sanitation Fund 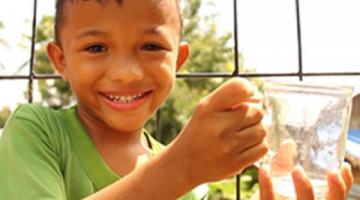 Give Children the Gift of Clean Water & Good Health 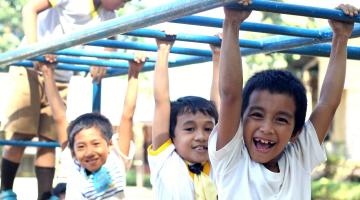 Bring Sustained Hope and Help, One Child at a Time